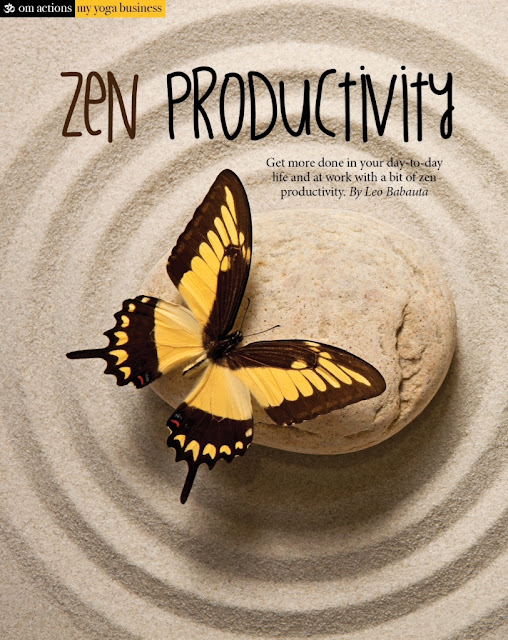 I know at this time of year a lot of us are hurtling around
at a 100mph with long to do lists to complete as Christmas is just around the
corner and there are a number of things that need to be tied up before the
Christmas break or before the end of the year. I know that is very much the
case for me, as I seem to have a crazy long to do list. Sometimes I just don’t
know where to start or I try to tackle too much at once and then feel frustrated
that I’m not crossing off as much as I’d like from my mammoth list. I came across the
Zen Productivity article in the December issue of OM Yoga on my daily commute and
it has really helped me tackle that overwhelming feeling of a never ending task list!

The article talks about the anxiety that can build when
you’re faced with that overwhelming list of things that need to be done & this
is something I can relate with fully. What I found so useful about the ‘Zen Productivity’ piece was the breakdown of tips & pointers which gave me
important tools to tackle this anxiety & be productive.

One of the suggested ideas is to trust in the moment &
believe that everything will work out instead of jumping ahead to the future
& worrying about it all. This sounds so simple when I write it down, but I
can be such a worrier especially when it comes to a never ending to do list, so this
tip really helped remind me to approach my tasks with a positive view.

Talking of a long to do list, one of the ideas discussed, is
to make a list. I’m already a list maker so I thought ah-ha, I’m already ahead
of the game on this one, however with my lists I often write down everything I need to do and when the list goes on and on I do start to feel overwhelmed by it all. The article talks about listing the priority tasks and having no more than five which you focus on, one at a time before moving onto the next as opposed to doing a bit of each task. It also highlights that it’s not the end of the world if you don’t complete your to do list which is an important reminder to us all! Don’t be too hard on yourself and recognise the achievements you are making.

I have tried to implement these tips and tools and in this short space of time I can already see a notable change for the better. I definitely feel more productive and in many ways I feel like I’ve started some of my New Year resolutions early in terms of being more organised and getting things done. Most importantly these changes have had a huge effect on the related anxiety. I feel a lot more positive about the work I have to do, as I now believe it’s achievable and that there will be a positive outcome.

What are your top productivity tips?

*Disclaimer: I am an Affiliated Blogger with Om Yoga Magazine. Each issue I will write a post on an article from the magazine which has inspired me and share it with you. Have a look here to find out about the other lovely affiliated bloggers. 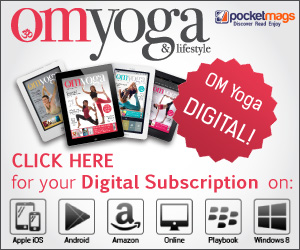