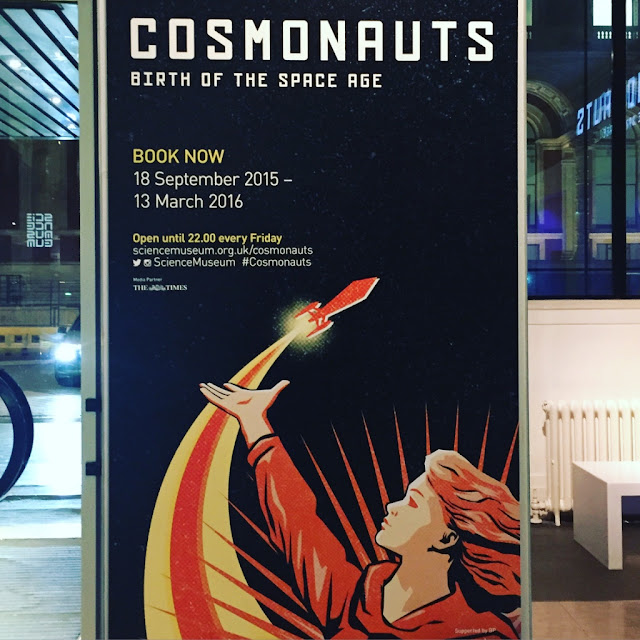 For as long as I can remember, I’ve loved learning about the planets and space travel, so last Friday I was very excited to be going along to the late night opening at the Science Museum to see the Cosmonauts exhibition, about the first journeys into space.


Russia turned the dream of space travel into a reality when in 1957 Russia launched the world’s first artificial satellite, Sputnik, into space and just four years later sent the first ever human – Yuri Gagarin.

The exhibition contains a significant collection of Russian spacecraft and artefacts ever to be shown in the UK, including:

Vostok 6: the capsule flown by Valentina Tereshkova, the first ever woman in space

Voskhod 1: the capsule used on the first mission to carry more than one crew member

a collection of gadgets that cosmonauts – and pioneering space dogs – need to live in space, including a shower, toilet, medical instruments and survival kits for crash landings. 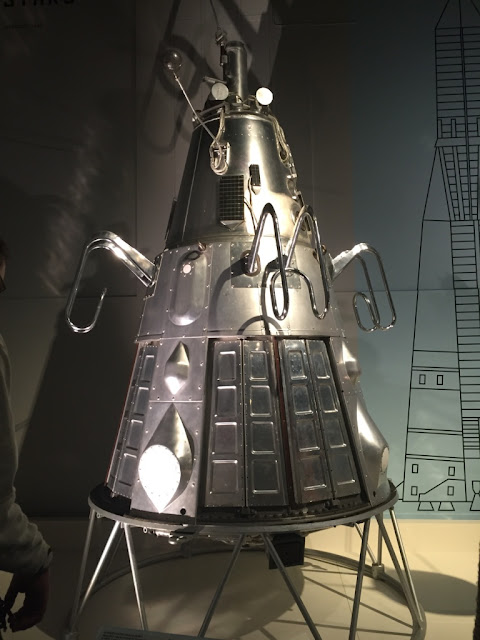 The Russian space programme began nearly a century ago with dreams of the stars and space voyages of discovery, it became the first to enable us to reach out beyond our own planet, to achieve a new view of our world and the Solar System. 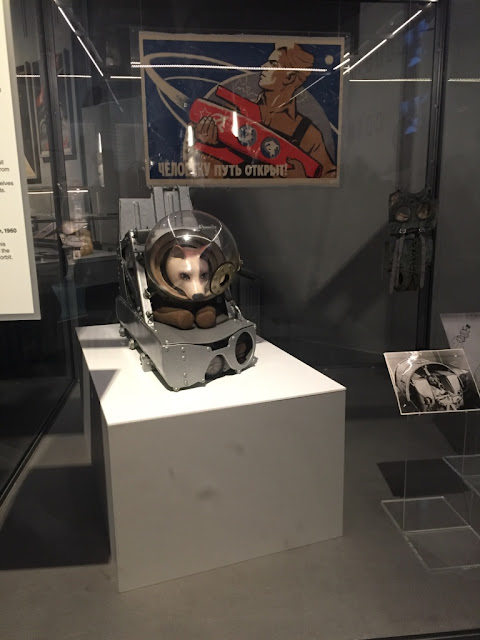 Pioneering space dogs were the first living creatures in Space. 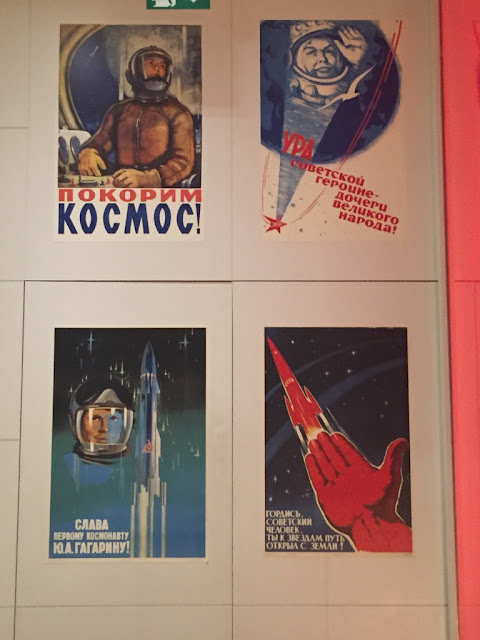 On 12 April 1961, Yuri Gagarin, a Soviet citizen became the first human to launch into space, returning a national hero and was invited to have lunch with the Queen and the Duke of Edinburgh at Buckingham Palace. 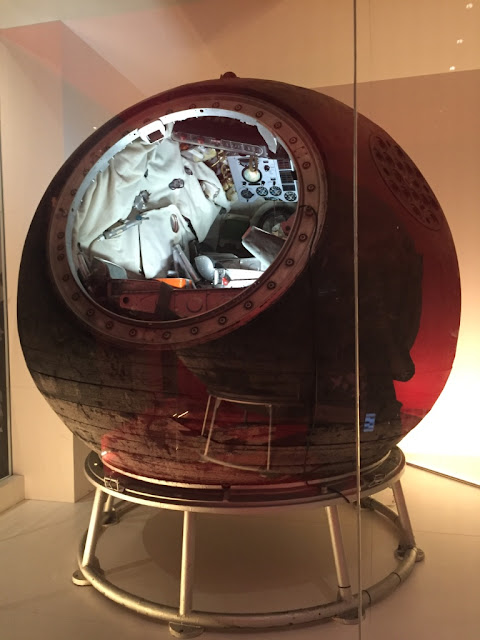 One of my favourite sections of the exhibition was learning about Valentina Tereshkova, the first ever woman in space. She flew in the Vostok 6 spacecraft for a total of 3 days beginning on 16 June 1963, a flight longer than all of the preceding American manned space flights combined. It’s such an inspiring story and a potent reminder of the extraordinary things that we can achieve! 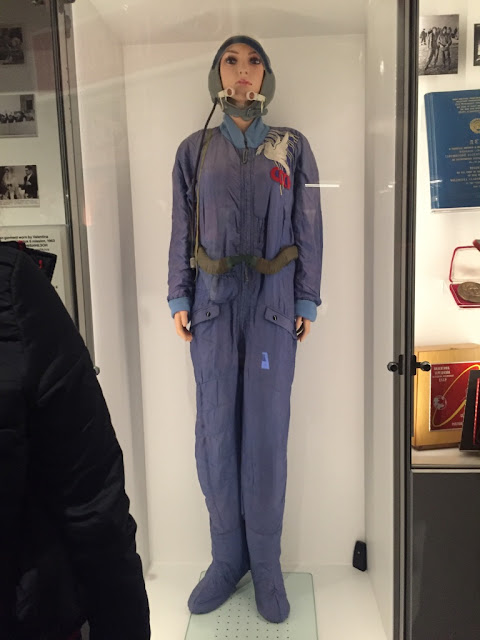 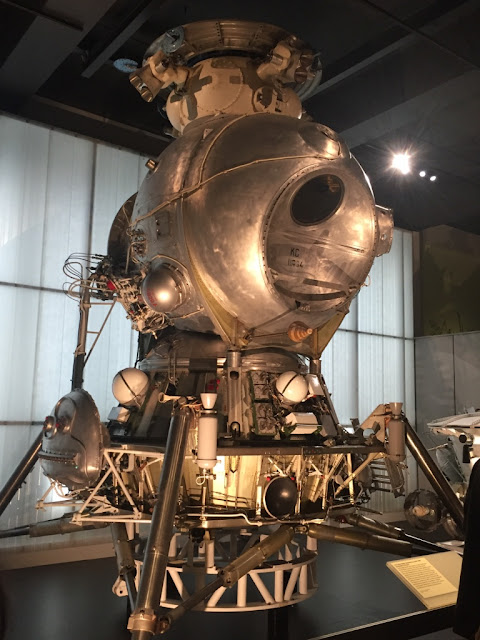 The LK-3 Lunar Lander would have carried a single cosmonaut to the Moon’s surface. The cosmonaut would have stood at the controls as the craft descended to the surface of the Moon. It was interesting to learn how the Science Museum transported the space crafts into the museum. The crafts had to dismantled and lifted in with cranes and the a group of engineers pieced them all back together. 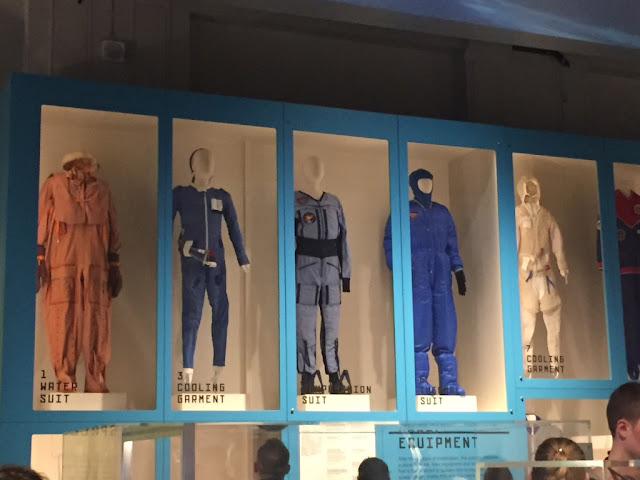 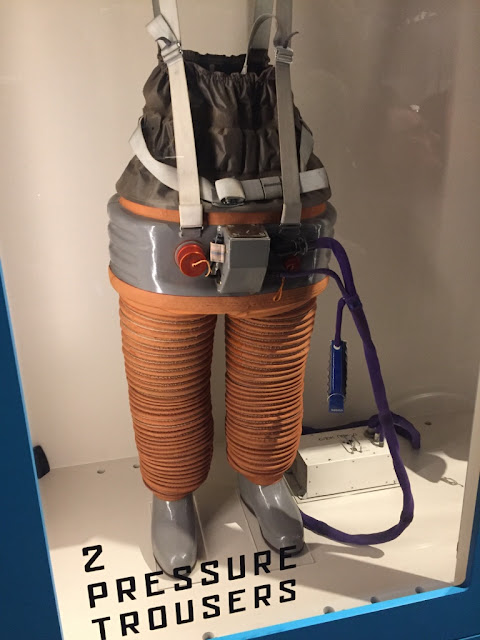 A collection of gadgets that cosmonauts need to live in space, including a shower, toilet, medical instruments and survival kits for crash landings were all on show. These pressure trousers are still used in space travel today. They did remind me a little of Wallace and Gromit The Wrong Trousers. 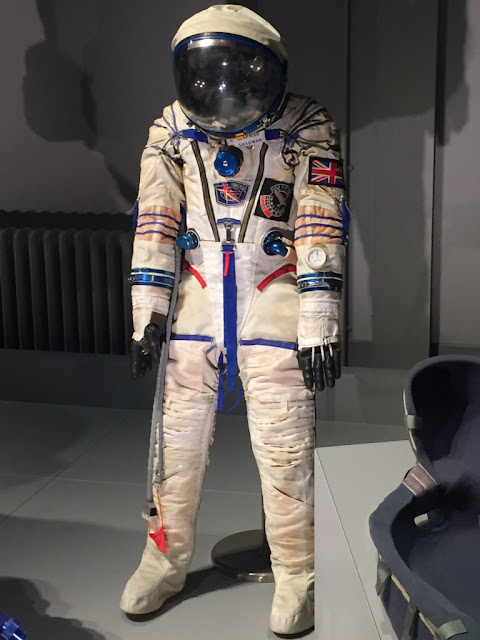 Helen Sharman wore this suit during the Juno mission to the Mir space station in 1991. During the suits cooling system, Helen sweated 2 litres during the mission launch. 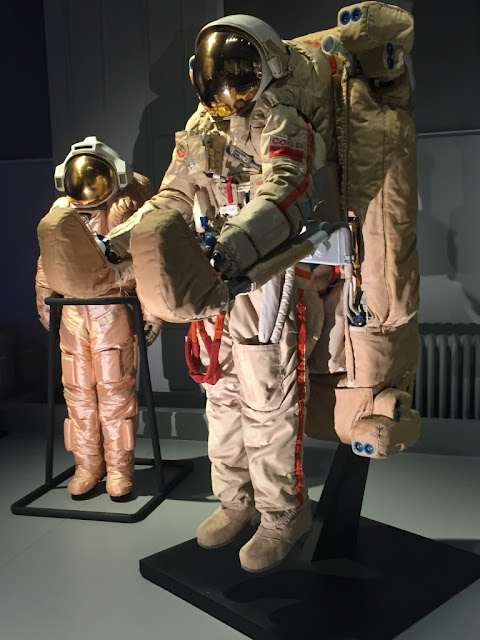 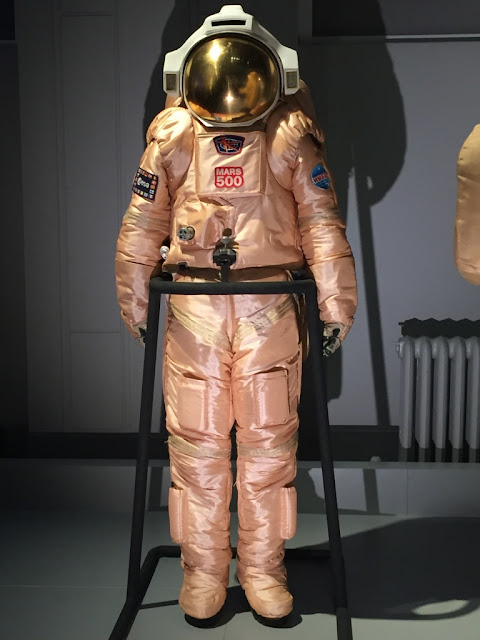 This suit was used during the ‘Mars 500’ simulation. Beginning in 2007, the project simulated a complete 2 year mission to Mars. The suit is fully functioning and designed for use on the surface of another planet.

Construction of the International Space Station has shown us that once rival nations can collaborate and work on a common goal of advancing scientific progress and discovery.

As it’s the last week of the exhibition there is a late night opening tomorrow and on Saturday the exhibition is open until midnight, so don’t miss out on this incredible collection!