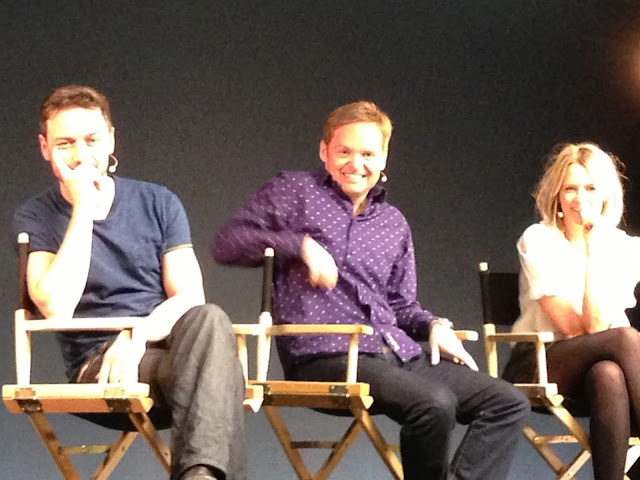 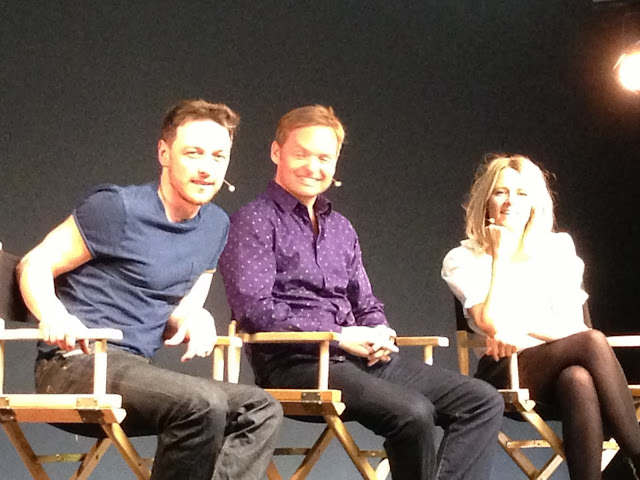 Last night I went with my friend Ade to the ‘Meet The Filmmakers – James McAvoy and Jon S Baird’ event at the Apple Store on Regent Street in London and it was such a fun and interesting evening!

Edith Bowman from Radio 1 spoke to both James McAvoy and Jon S Baird about their new film ‘Filth’ which is based on the book by Irvin Welsh. It was really interesting to hear about the making of the film, the process of writing a script from the book and moving it to the big screen.

‘Filth” is set in Edinburgh in Scotland and James McAvoy plays Bruce; a corrupt policeman with a drug addiction who is intent on climbing the ranks. It was really insightful to hear how James approached the role and how he has tried to make the audience empathise with the character without excusing or condoning his actions. Prior to attending the event last night I wasn’t sure that this would be my kind of film as I don’t enjoy violence in films and I know there are a number of violent and difficult scenes in the film. However after getting an insight into the film and characters I am quite intrigued to watch it and see how the characters and narrative have been explored.

I got to meet James McAvoy very briefly at the end of the interview and he even signed my blogging notebook so I was very happy indeed!!

I didn’t realise until very recently that such free events were hosted at Apple Stores but now I’ve signed up to a few more and I’m really looking forward to them.

‘Filth’ is out nationwide on 4 October.