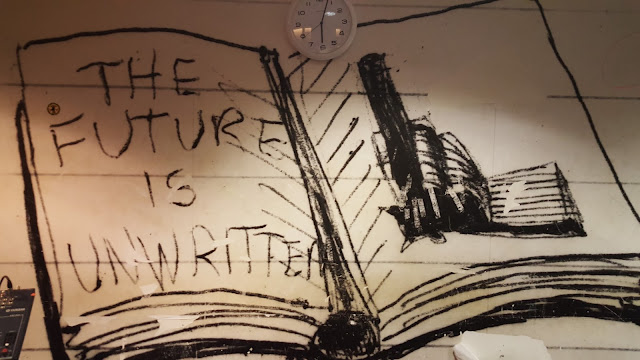 Recently, I was invited by Three Mobile to a night of live acoustic music in collaboration with the Joe Strummer Foundation and the Roundhouse.

The Joe Strummer Foundation is part of the Roundhouse Studios and was set up in 2006. It gives opportunities to aspiring musicians and support to projects around the world that create social mobility through music. We started our evening with a tour of the studios, which was great as I have to admit I thought the Roundhouse was purely a venue for live music, I had no idea about the studio space so I found the tour really interesting. We even got to see a range of young talented artists making use of the studios and producing amazing eclectic music. 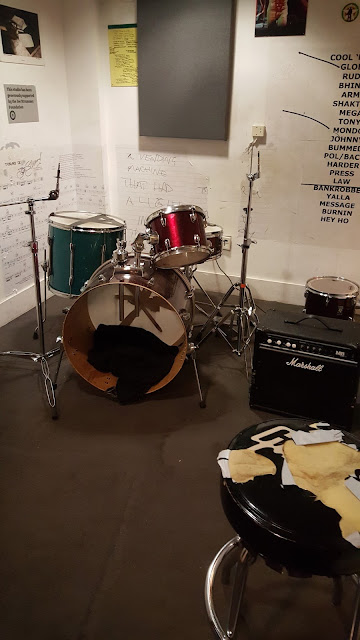 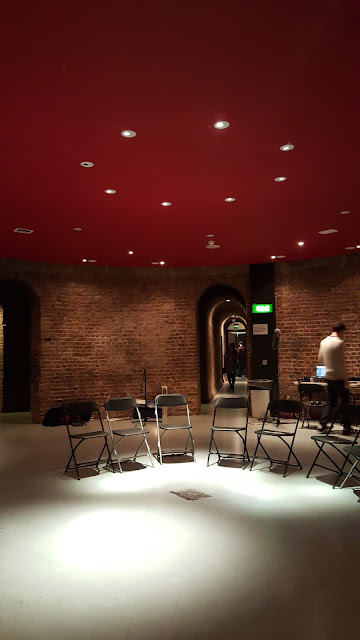 This room has incredible acoustics, it’s amazing how the sound carries 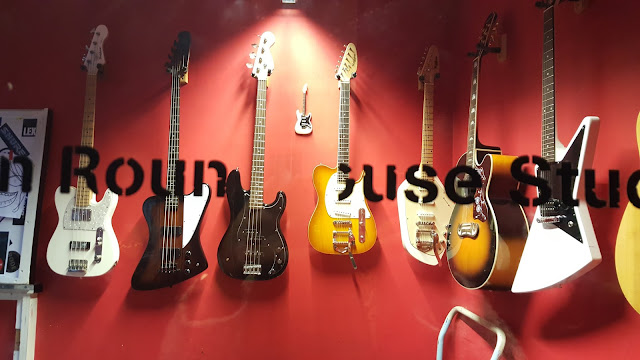 As part of the evening we were given a Samsung phone (a Samsung S6 in my case) in order to try out Three’s latest enhancements to its network; the SuperVoice technology. I’m very much an iPhone 6 user so it was a little daunting to have an Android phone but actually even I was surprised by how easily I got to grips with the phone, especially the camera. All the photos and videos in this post were taken on the Samsung S6 and I’m really please with how they turned out. I’m a Three customer so I was especially interested in the SuperVoice service, which is in effect a signal booster. I was amazed that even in the depths of the acoustic room with hardly any signal, I was still able to upload photo’s onto Instagram! Those who know me, know that I’m hooked on Instagram so it was great to be able to Instagram away!

With SuperVoice, Three customers will be able to make calls, send texts and get online in places that previously had poor or no signal, which is great news. At the moment however you’ll require a compatible handset to access the new technology (Samsung S6, S5 Edge etc). Work is in progress to soon add new devices including recent iPhone models, which I’m eagerly anticipating! 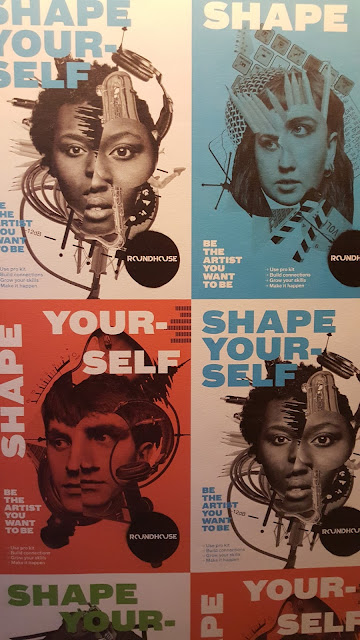 After the tour of the Roundhouse, we headed down to the Monarch, where we were treated to exclusive live performances from two of the Joe Strummer Foundation’s recent signings, BLESS and Lyza. Both are indie artists with a great acoustic sound, and to see them perform in such a space as the The Monarch was incredible! 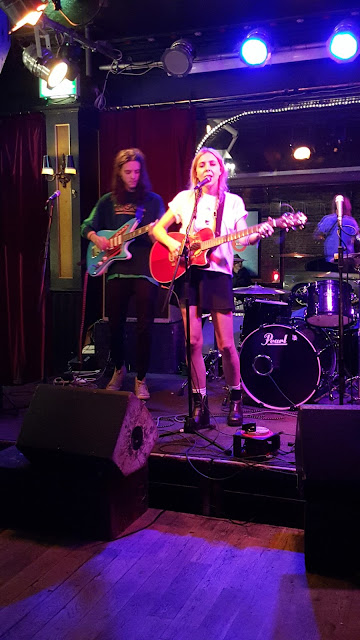 Lyza and the guys from Bless came to join us for an exclusive Q&A which was a lot of fun! It’s not everyday I get to watch an exclusive live music performance and talk to the artists afterwards over some drinks and fish and chips (it can sometimes happen on rare occasions). It was great to be able to chat to them and find out more about the artists, their music and how their style was influenced by the range of music they listened to growing up. 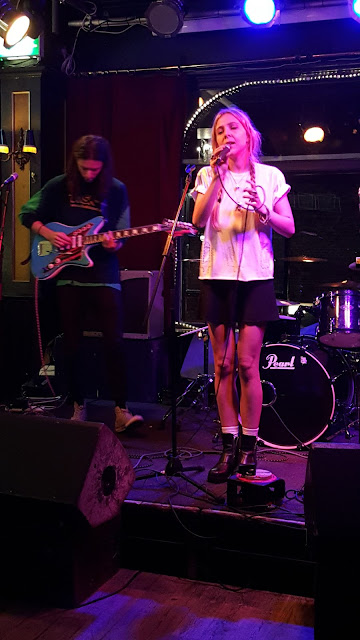 Speaking to Lyza I found out she used to be a backing singer for Alabama 3, singing with them at Glastonbury in 2010 and will be supporting them in Bristol this Friday, the 20th. I saw Alabama 3 perform live a few years ago in London, so it was great to hear about them and Lyza’s experiences of performing with the band.

Lyza writes and produces her own songs and has been performing solo for three years. She mentioned that her music is usually a little heavier & more electronica than the acoustic songs performed that night. I’ve been really enjoying Lyza’s; Milkteeth EP, the sound is very much the style of music I  listen to; a mix of electronica and vocals. 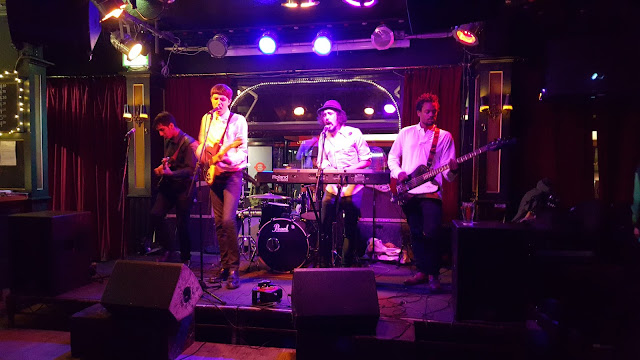 BLESS were such a fun band to talk to and it was great that
they were interested in our blogs and wanted to hear about our blogging experiences
too. The guys are all from London and prior to forming BLESS they’d been part
of two other bands one being The Supernovas. Like Lyza, BLESS write and produce
all of their songs. It was really interesting to hear about the thinking behind
their lyrics, where they find inspiration and the social comments they wish to
make which they express through their music.

BLESS were understandably super excited to announce that their debut Music Comes First EP, is due for release on December 11th and will coincide with their first London show at The Monarch. They kindly gave us a copy of their EP on the night, which I’ve really enjoyed listening to. Their songs make me feel nostalgic, reminding me of the style of music I discovered while at uni and funnily enough living in Camden.


It was such an amazing evening, I loved learning about the The Joe Strummer Foundation through the tour of the Roundhouse studios and it was incredible to discover new music at The Monarch. If you’re looking for some new music I’d definitely recommend Lyza and BLESS and if you get a chance to see them perform live, go for it!