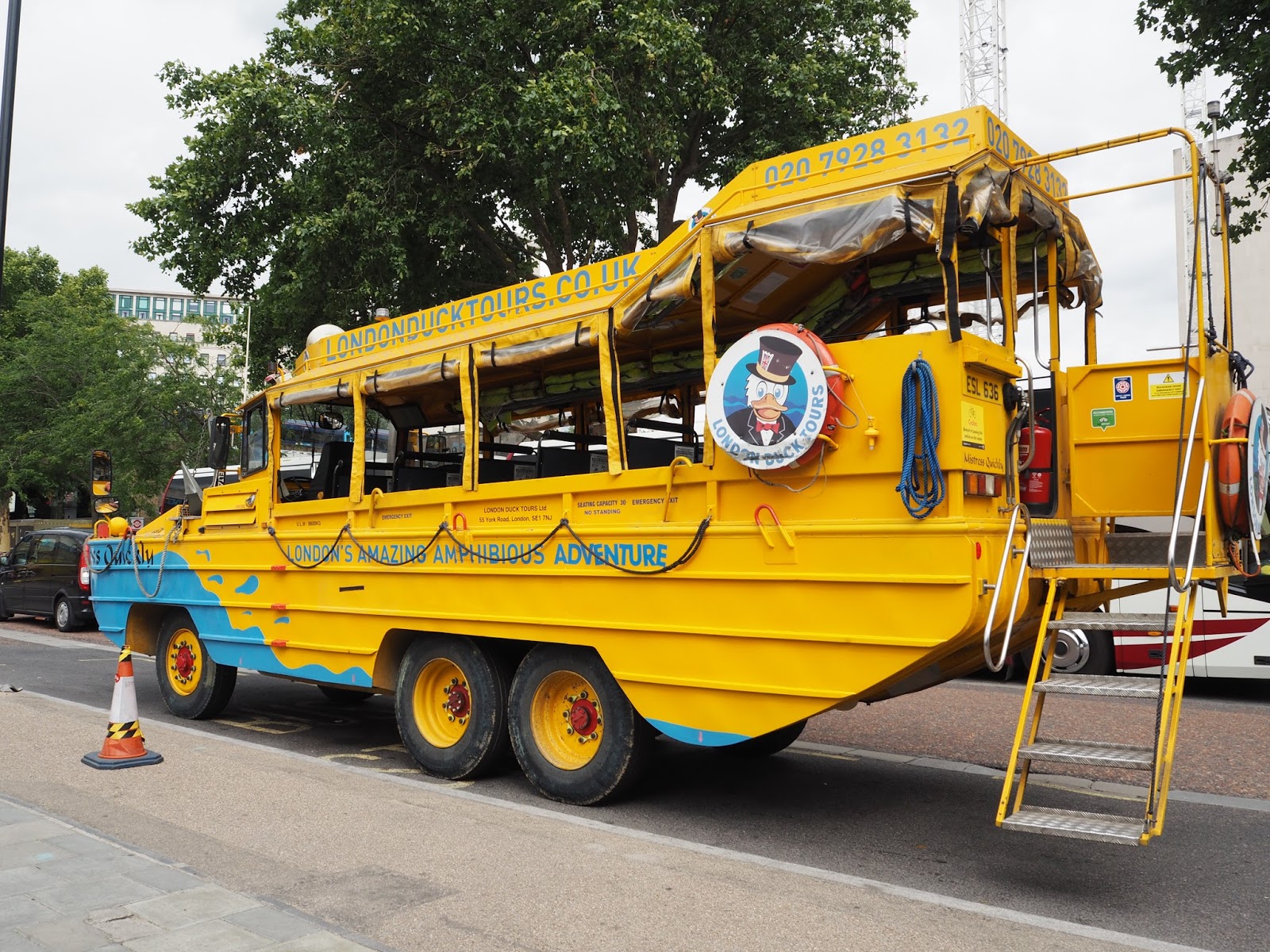 A few years ago, I used to work on the 17th floor of Millbank Tower and was lucky enough to have a window seat with a beautiful view of the Thames. I recall, one morning as I was staring out the window and attempting to master my touch typing skills, I spotted a Yellow Duck Bus driving into the river and happily gliding along. It was the first time I’d seen these amphibious  truck-boat hybrid vehicles and I was intrigued by how they could go from land to water so easily. So when I was recently invited to go on a Duck Tour, of course I had to say yes! 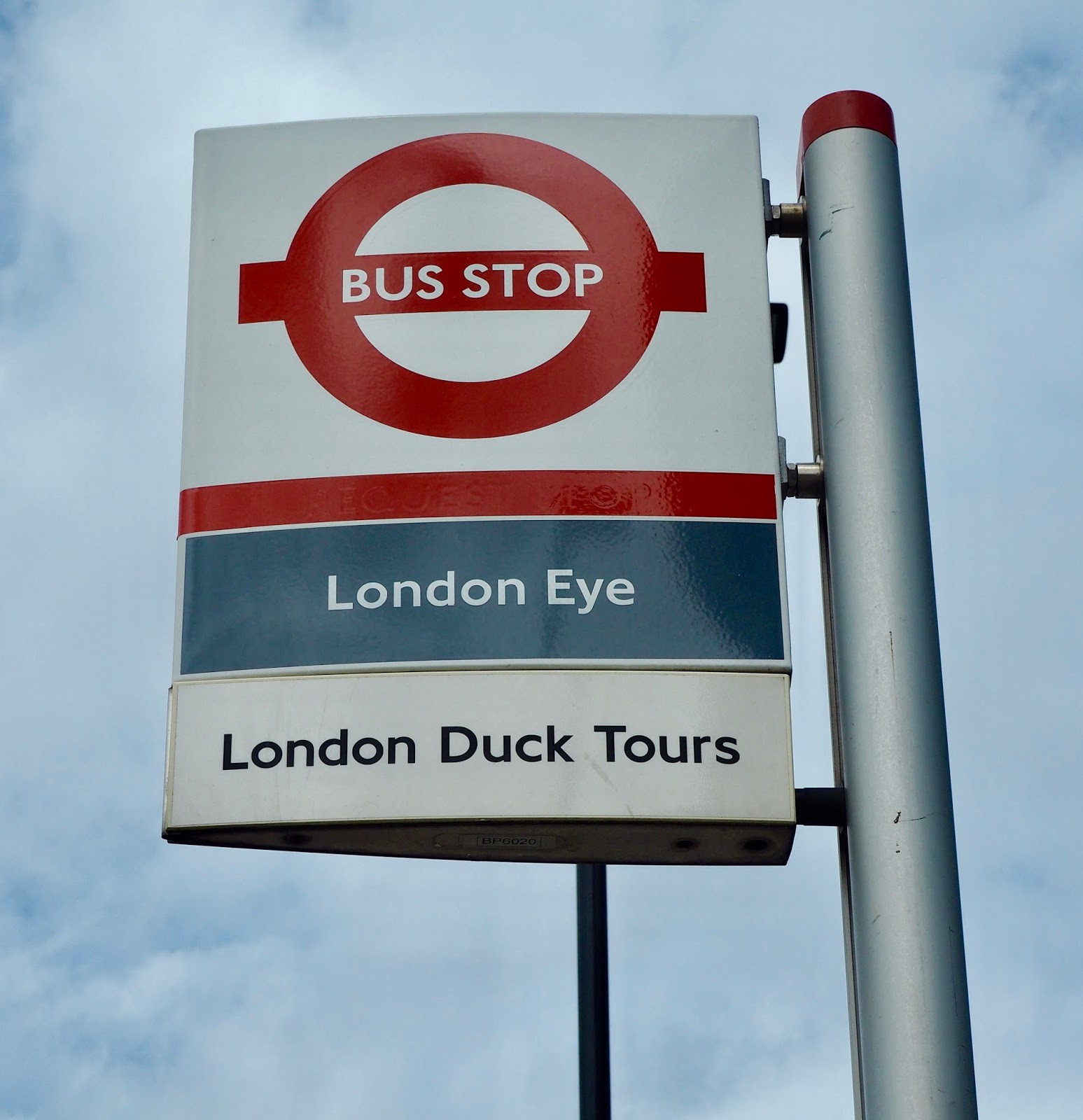 We headed down to the Duck Tour meeting place on Belvedere Road, Waterloo, London, which is near to the London Eye. It was a lovely Sunday afternoon as luckily we were blessed with good weather. From the onset, the tour team were so helpful and accommodating. Half our party of four couldn’t attend due to an unavoidable last minute situation and the team were really sweet in offering us a chance to rearrange the tour for the others.

Pretty soon it was time to board the bus, pick our seats and meet our driver Dan and tour guide Ben. As we settled onto the bus for the tour, we were given the essential safety talk and then we were off. I hadn’t realised that the Duck buses had originally been built during the Second World War. I do have to warn you though, the suspension is quite different to modern day vehicles, a bit of a bumpy ride that’s for sure, but it all kinda added to the experience. 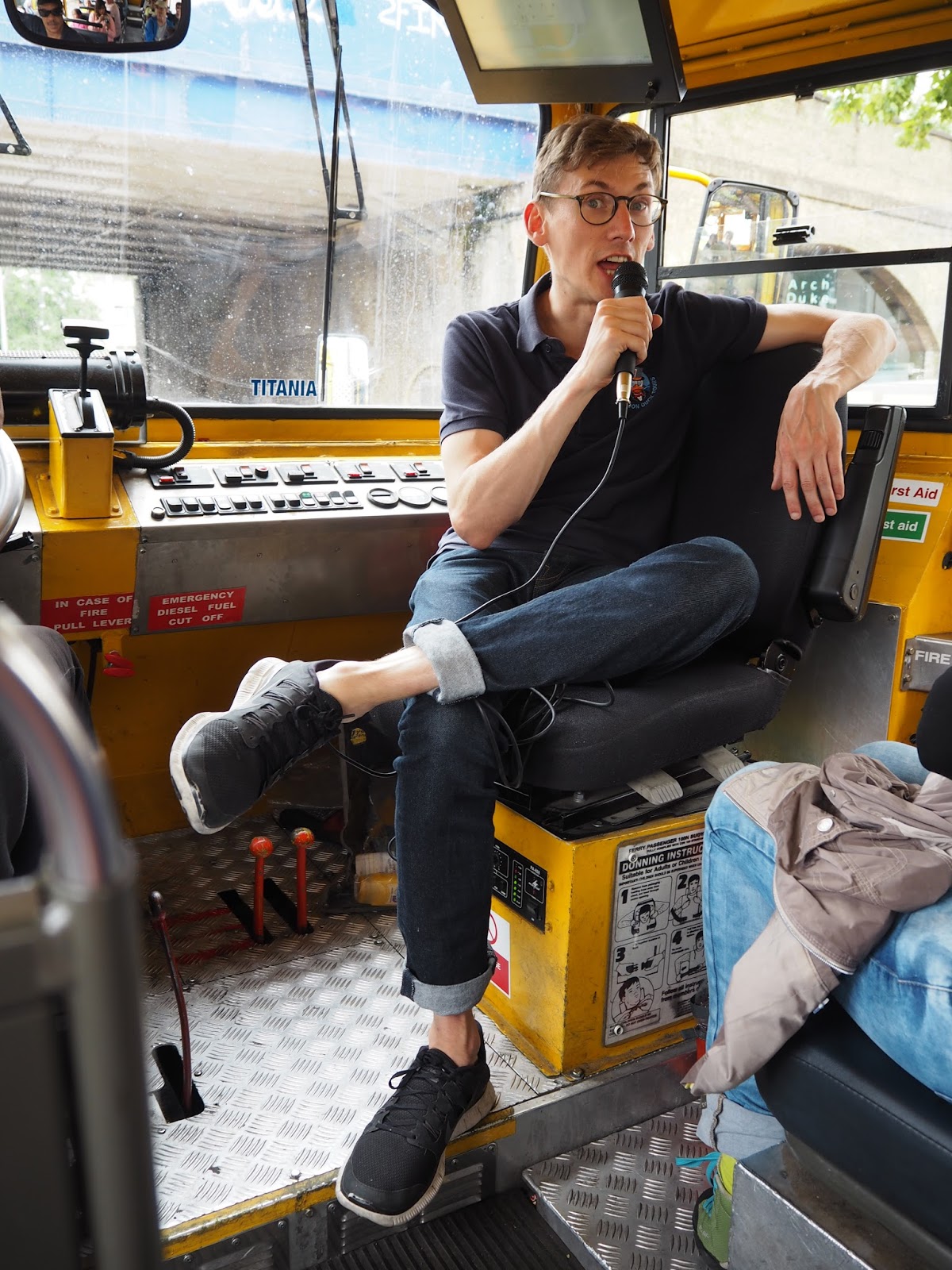 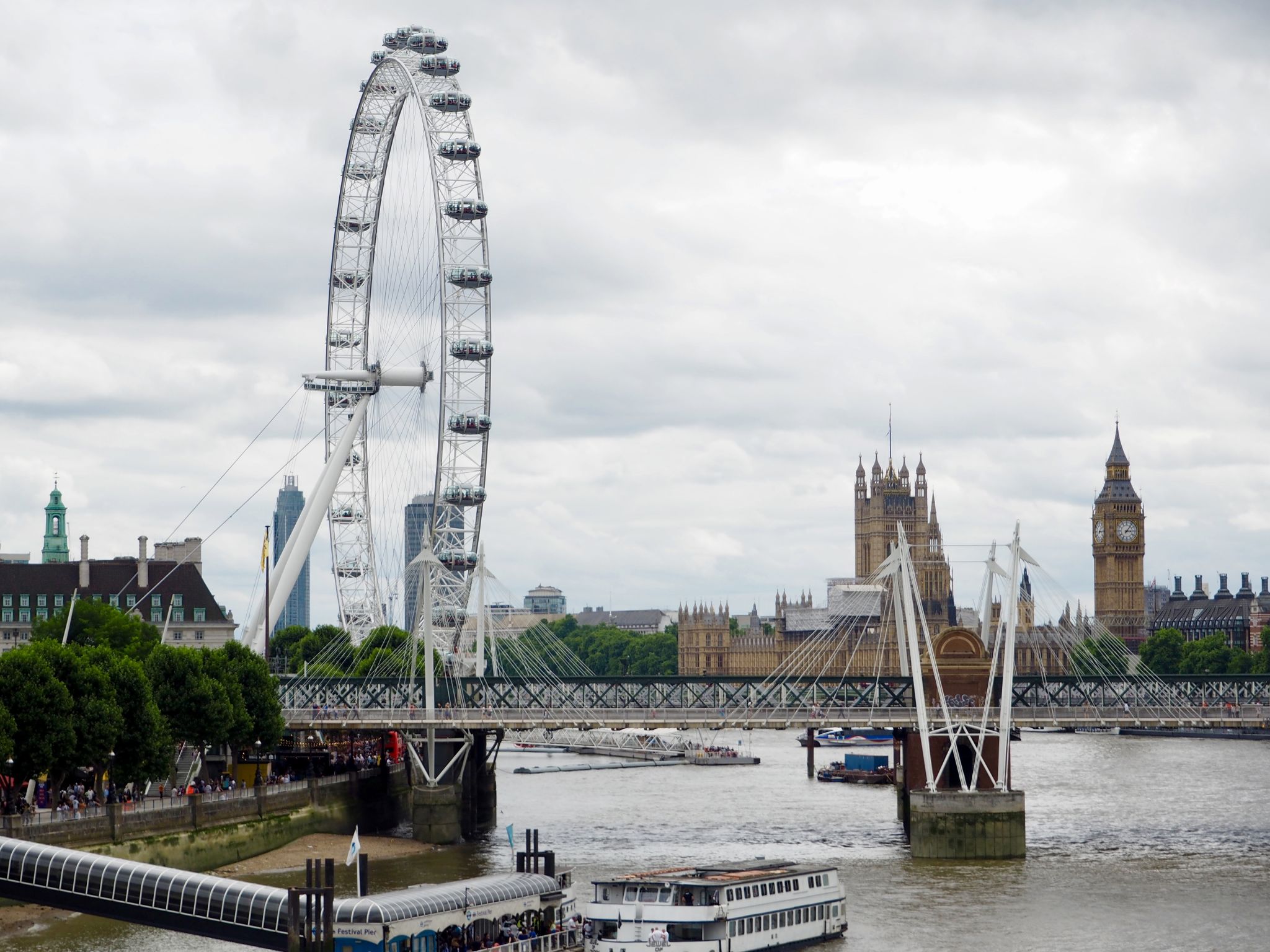 I’ve lived in London pretty much all of my life, so I was surprised at just how many interesting facts about London I learnt during the tour. As we drove over Waterloo Bridge, Ben told us how the construction of the bridge also dated back to the Second World War. The bridge was built by women as the men had gone off to fight and when it was remarked by Ben, that the women building the bridge completed on schedule and under budget, a big cheer went up from the tour passengers. Girl power! 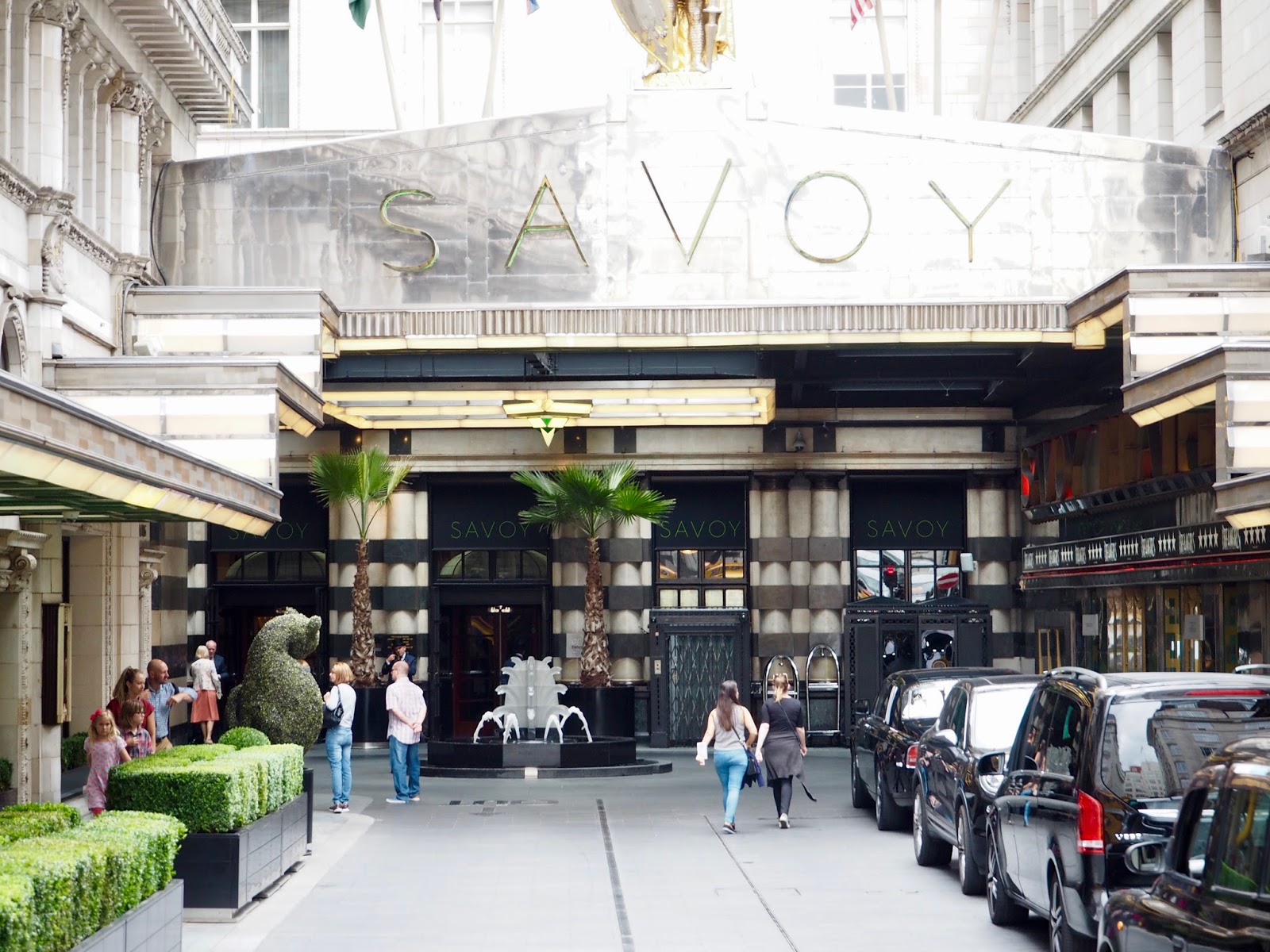 Ben also told us about Kaspar; a 2ft tall black art deco cat which the Savoy would add as a dinner guest to ensure there was never a party of 13 dining at the restaurant. They’re a very superstitious bunch at the Savoy. Kaspar was created by the architect Basil Ionides, who was working on plans to rebuild The Savoy’s theatre. It’s rumoured that Winston Churchill enjoyed dining at the Savoy and would often insist Kaspar joined him when he was eating alone. To this day, at tables of 13, the lucky cat gets the full dining experience,  a napkin is tied around his neck and he’s served the same food and drink as all the other guests. Kaspar has a seafood bar at the famous hotel named after him, and a range of champagne cocktails created in his honour.  In fact many a guest think of it as an ultimate honour to dine at the Savoy with Kaspar. 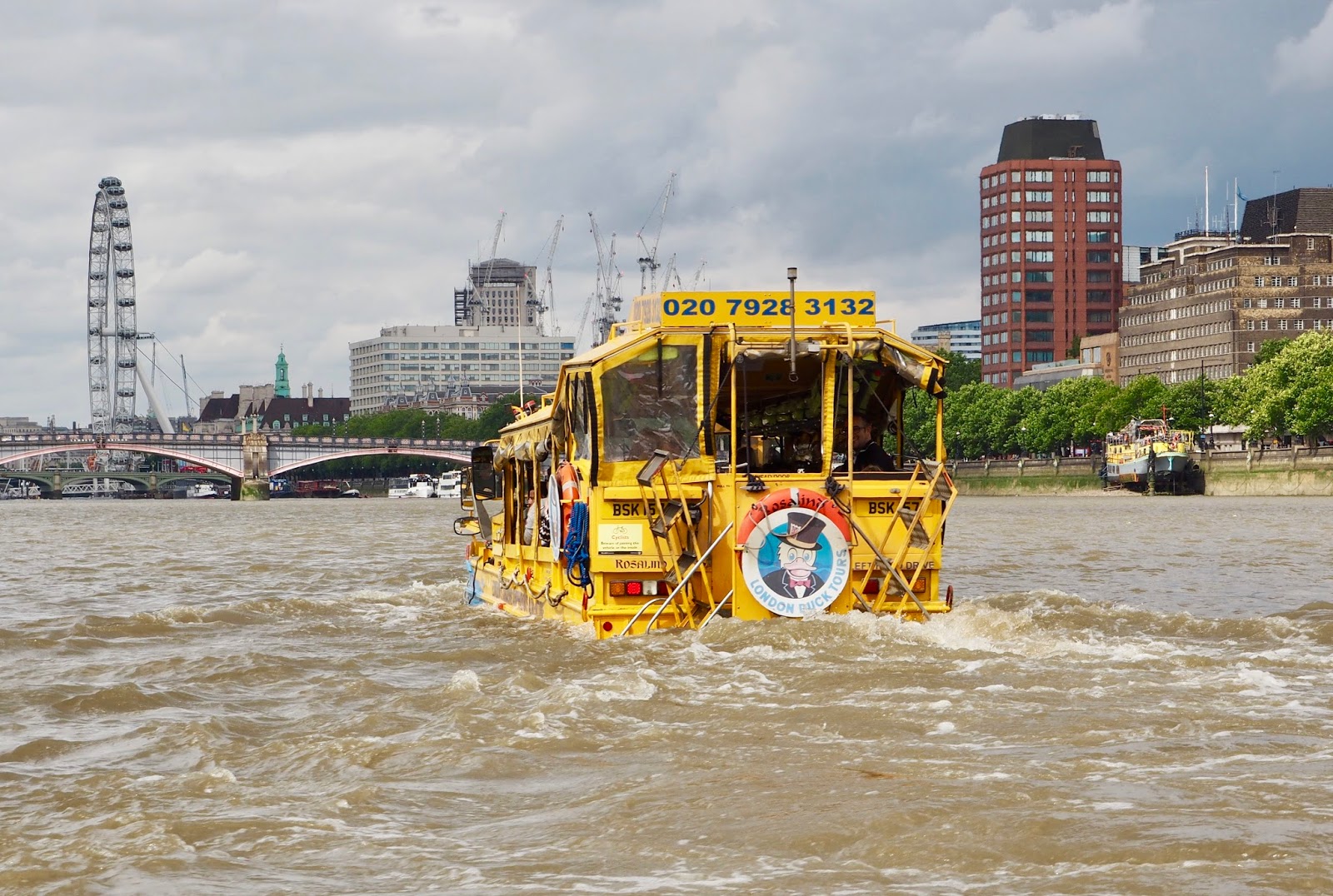 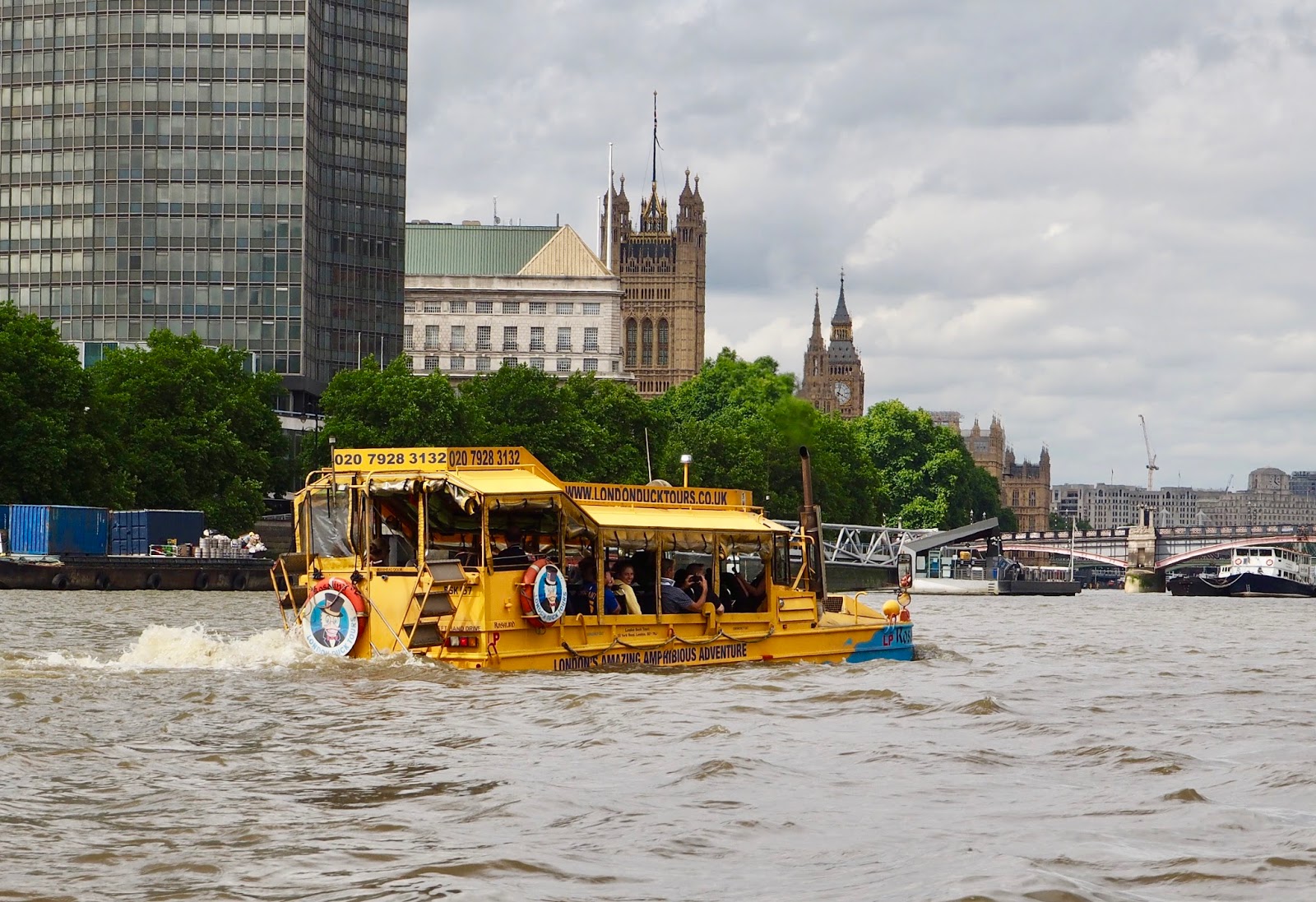 The London Duck Tours have been in operation for the last 15 years. As mentioned, the Ducks were originally used in the Second World War but they have since been completely rebuilt from scratch and modified to meet the strict safety regulations set by the road and river authorities. 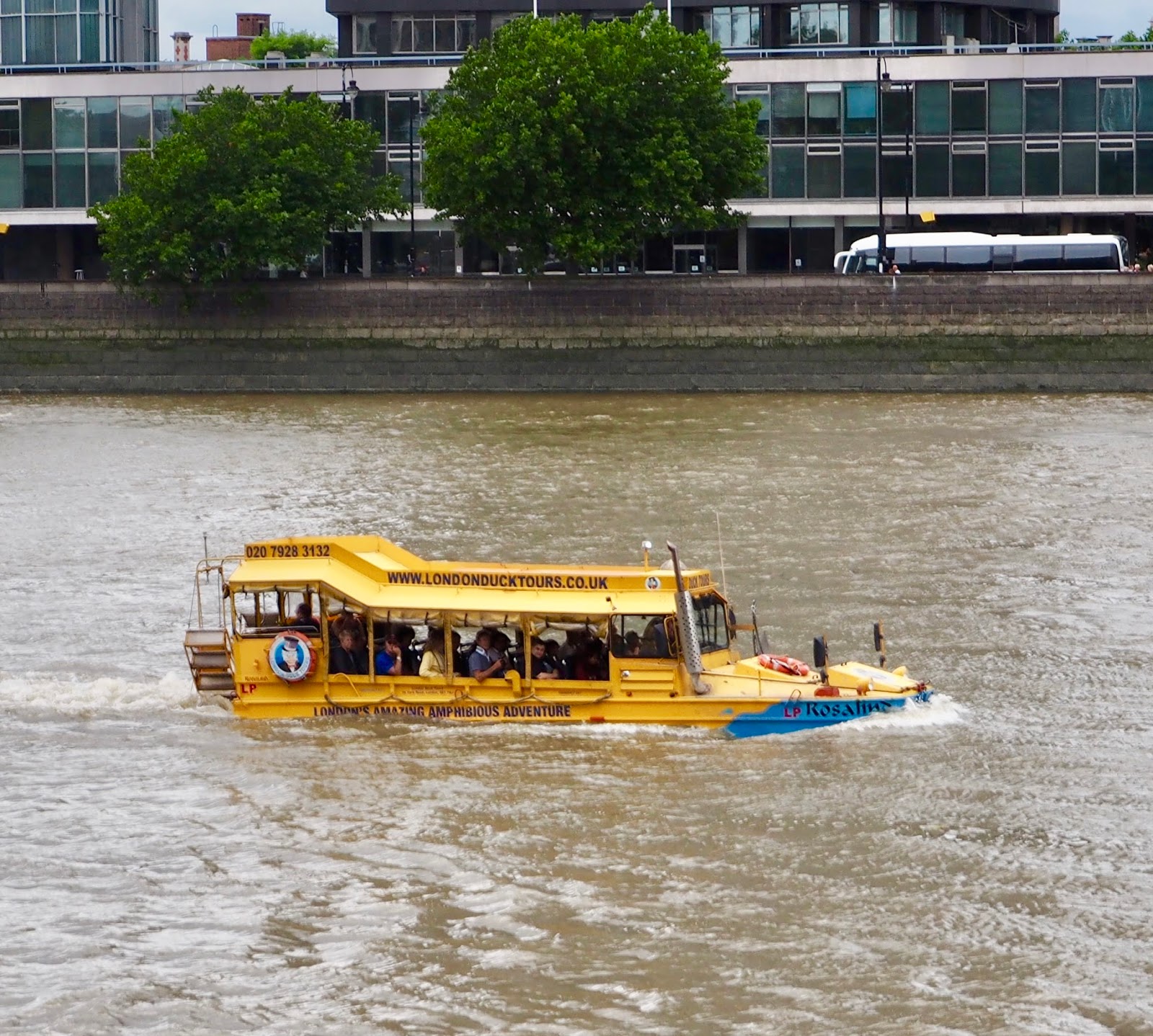 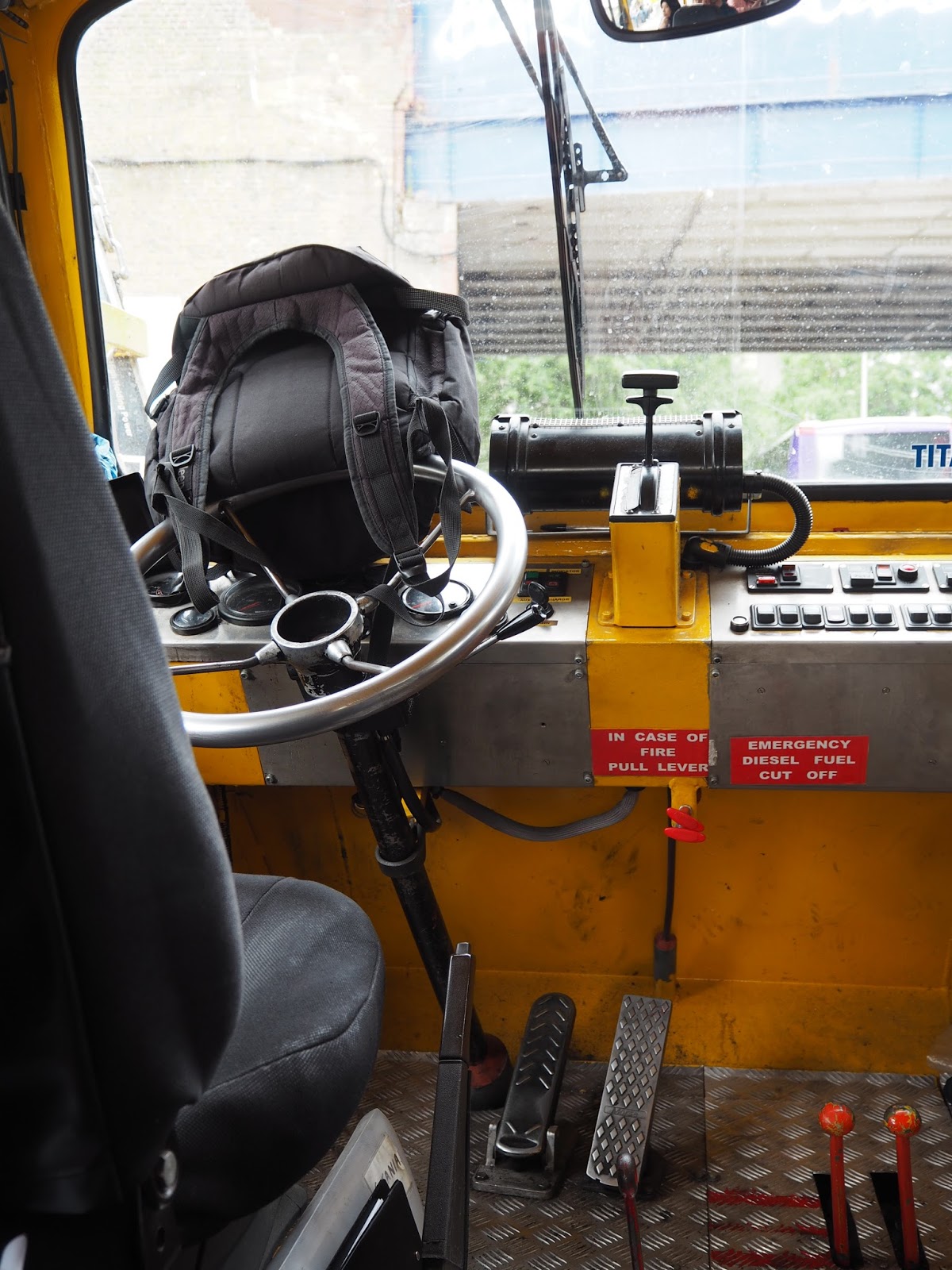 Sadly it has been announced that the Duck Tours will soon be coming to an end. The bright yellow bus has become an iconic sight around the streets of London and the Thames and will be missed by Londoners and tourists alike. It’s funny just how many people pointed, waved or took a picture of our Duck as we drove around London. Since the tours began, 1.8 million passengers have travelled on the London Duck Tour, but the tours are stopping soon due to the Thames Tideway Tunnel Development which is set to stop 39 million tonnes of raw sewage from spilling into the Thames every year….ahem that’ll explain the murky colour of the Thames. 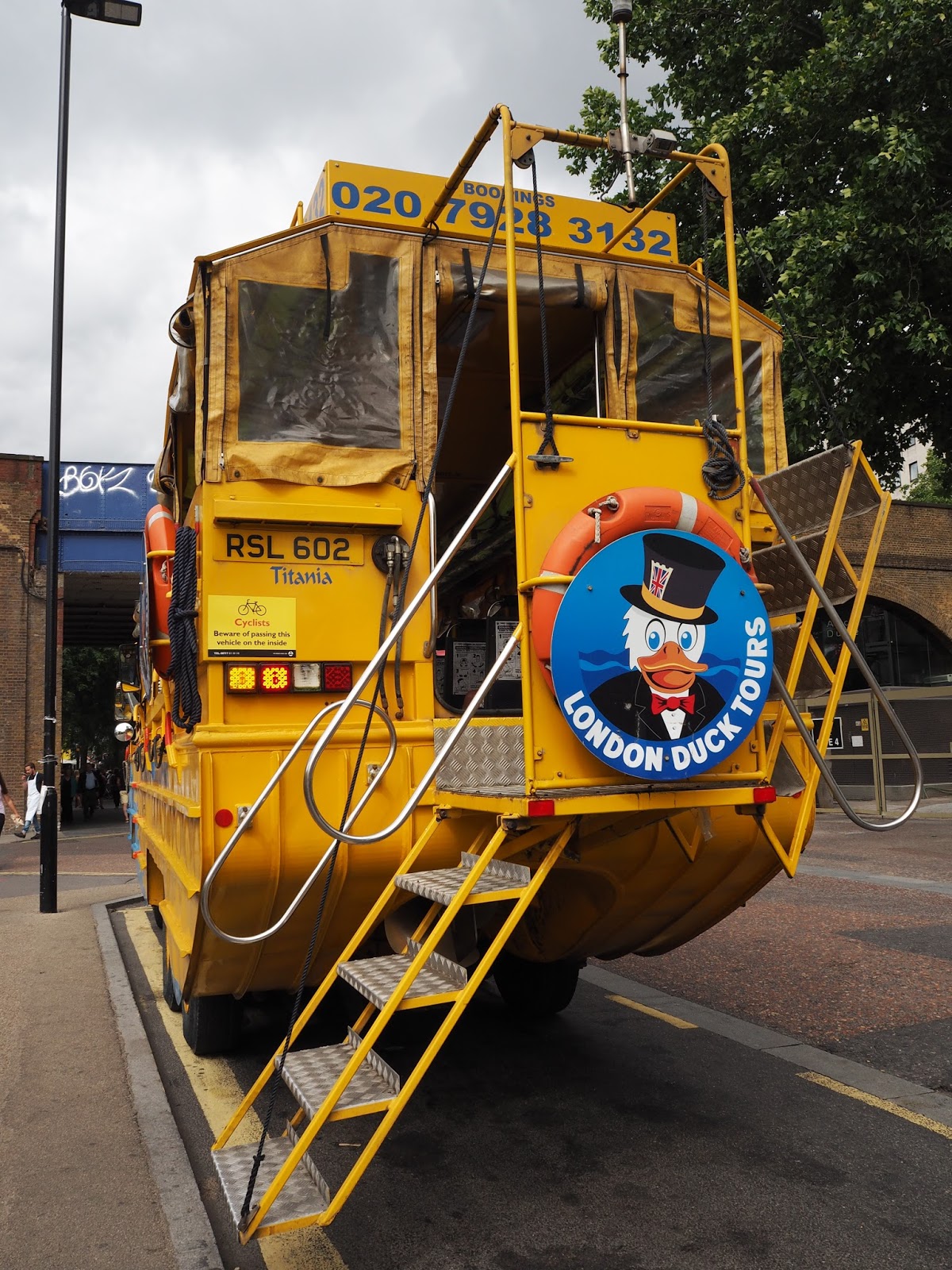 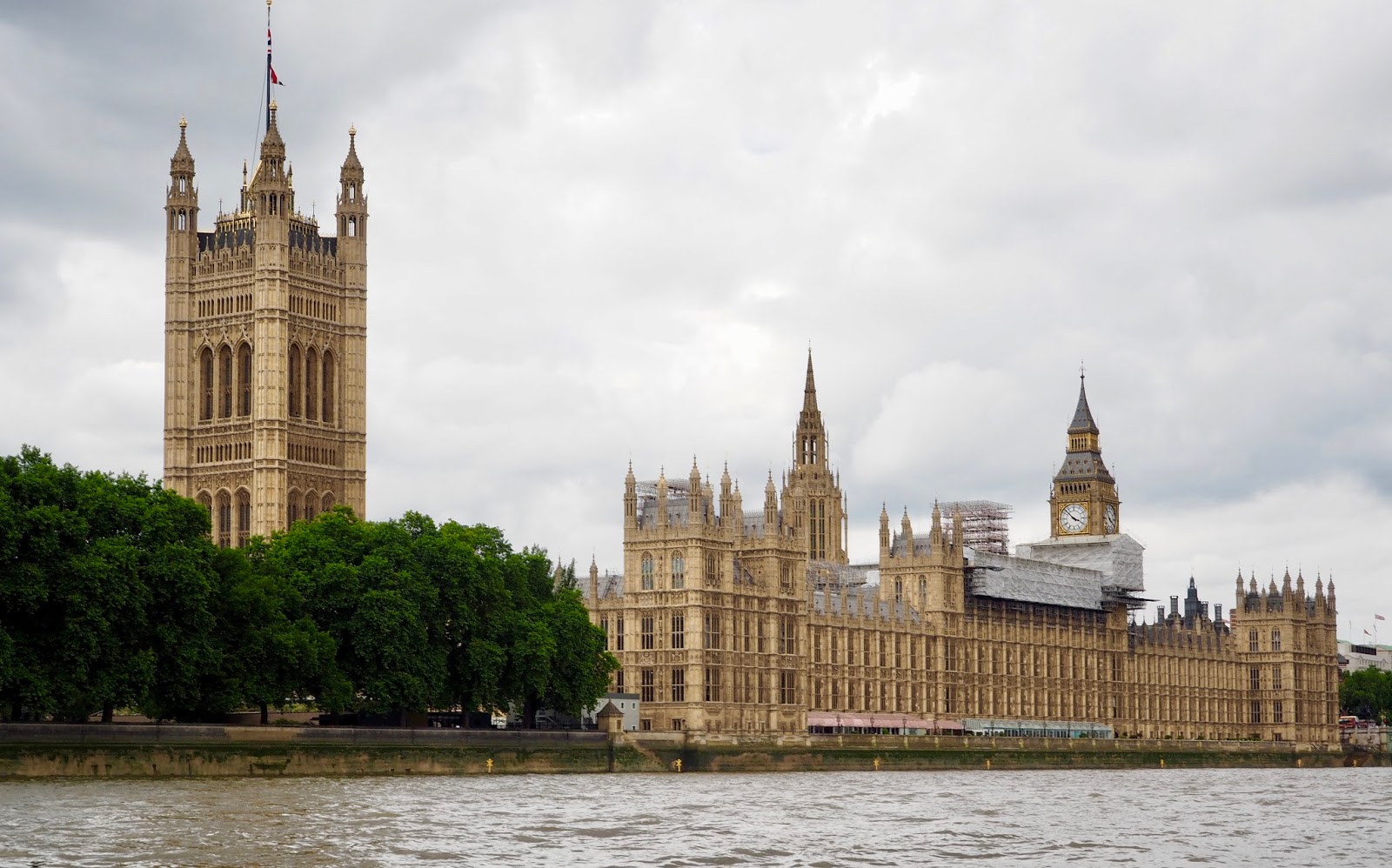 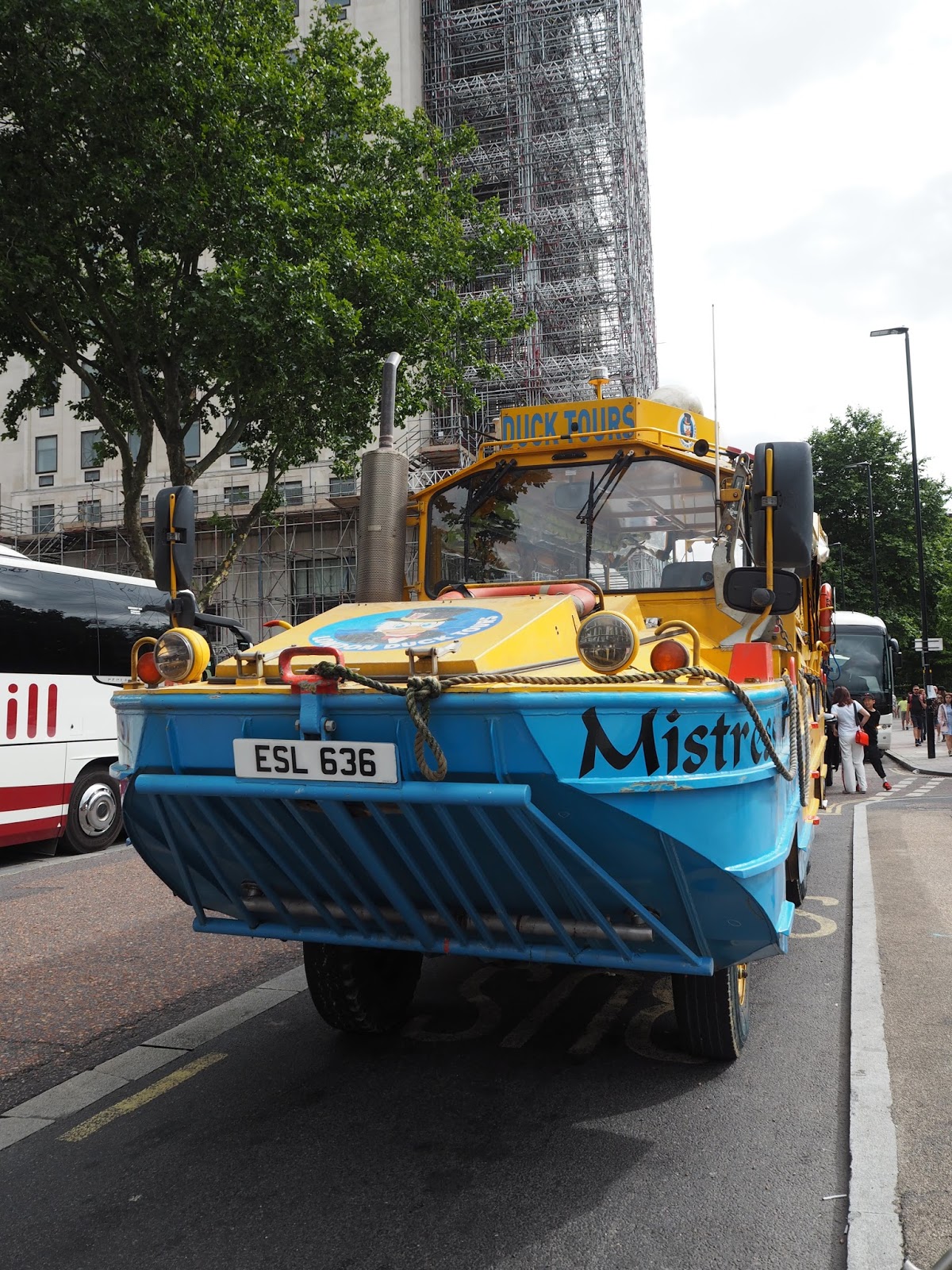 “[It] will be a said day for the company, which was going from strength to strength, but it was vital not to delay the construction of this much needed infrastructure project” – John Bigos – MD of London Duck Tours 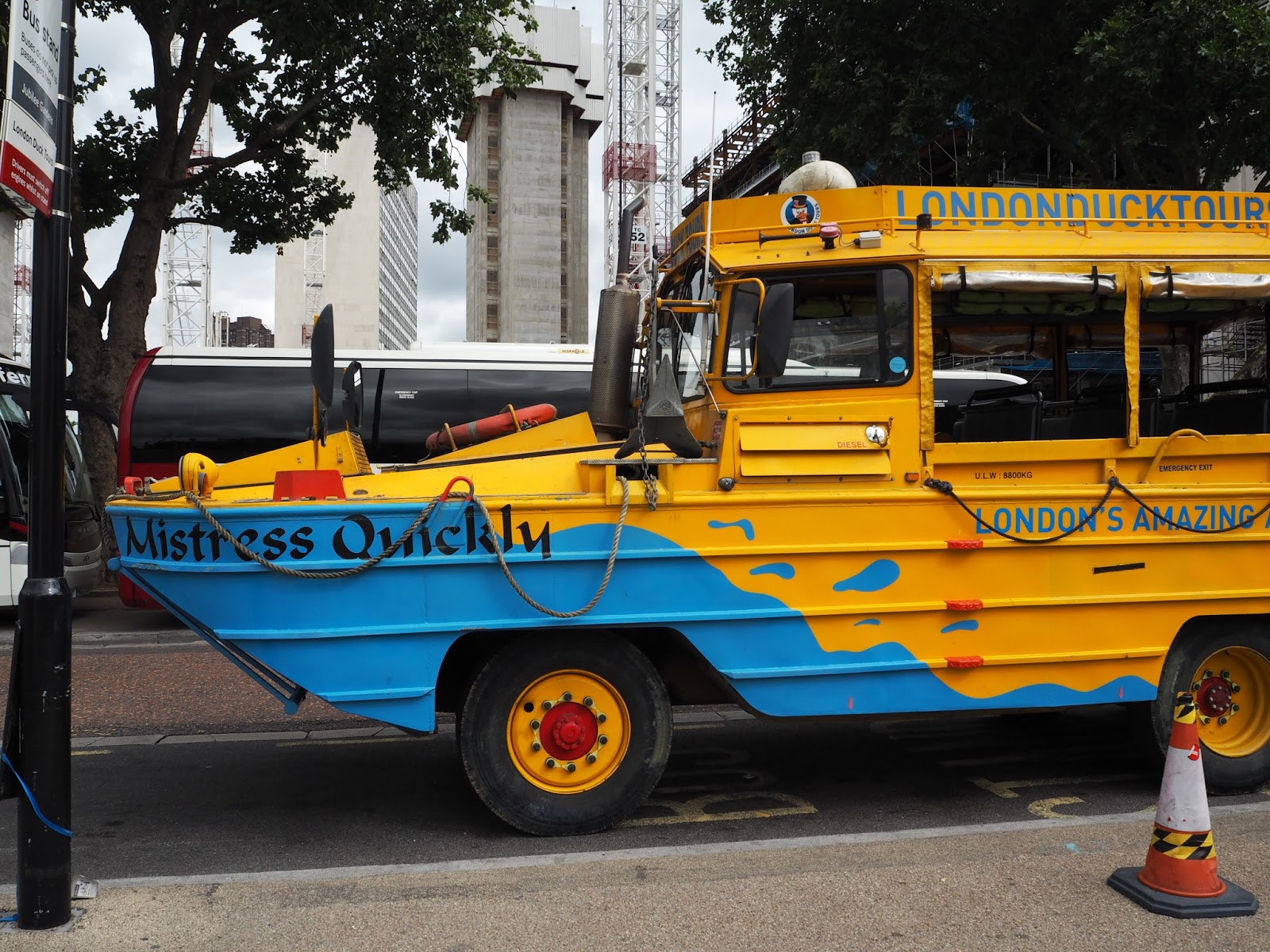 There is a fun range of sightseeing and themed tours including the popular Classic Sightseeing Tour which I went on, in addition to the historical D-Day Duck and action-packed James Bond Tours. If you’d like to experience a Duck Tour, make sure you grab one last tour before 18 September when the tours will be ending for the foreseeable future.