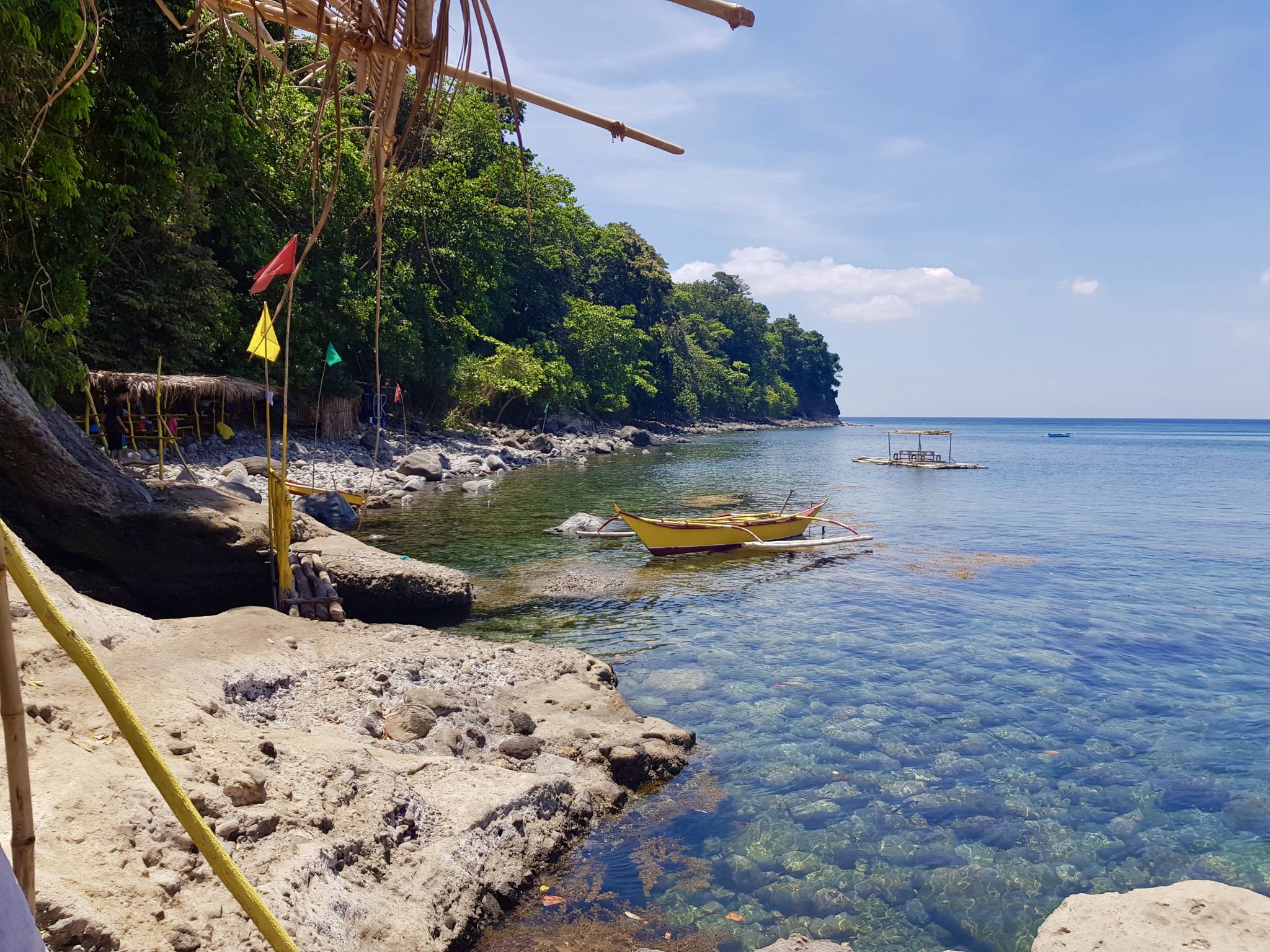 In spring I travelled to the Philippines to meet Adrian’s family and do a bit of island hopping in Palawan. It was my first trip to the Philippines and I realised I hadn’t travelled so far since my trip to Vietnam in 2010. I loved being able to explore new cultures and food and meet family on this trip. It was a huge adventure and I would definitely recommend the Philippines as a travel destination. I’ll be sharing more about the island hopping around El Nido soon, but I thought I’d start with some handy tips I picked up from friends and family and my travels. 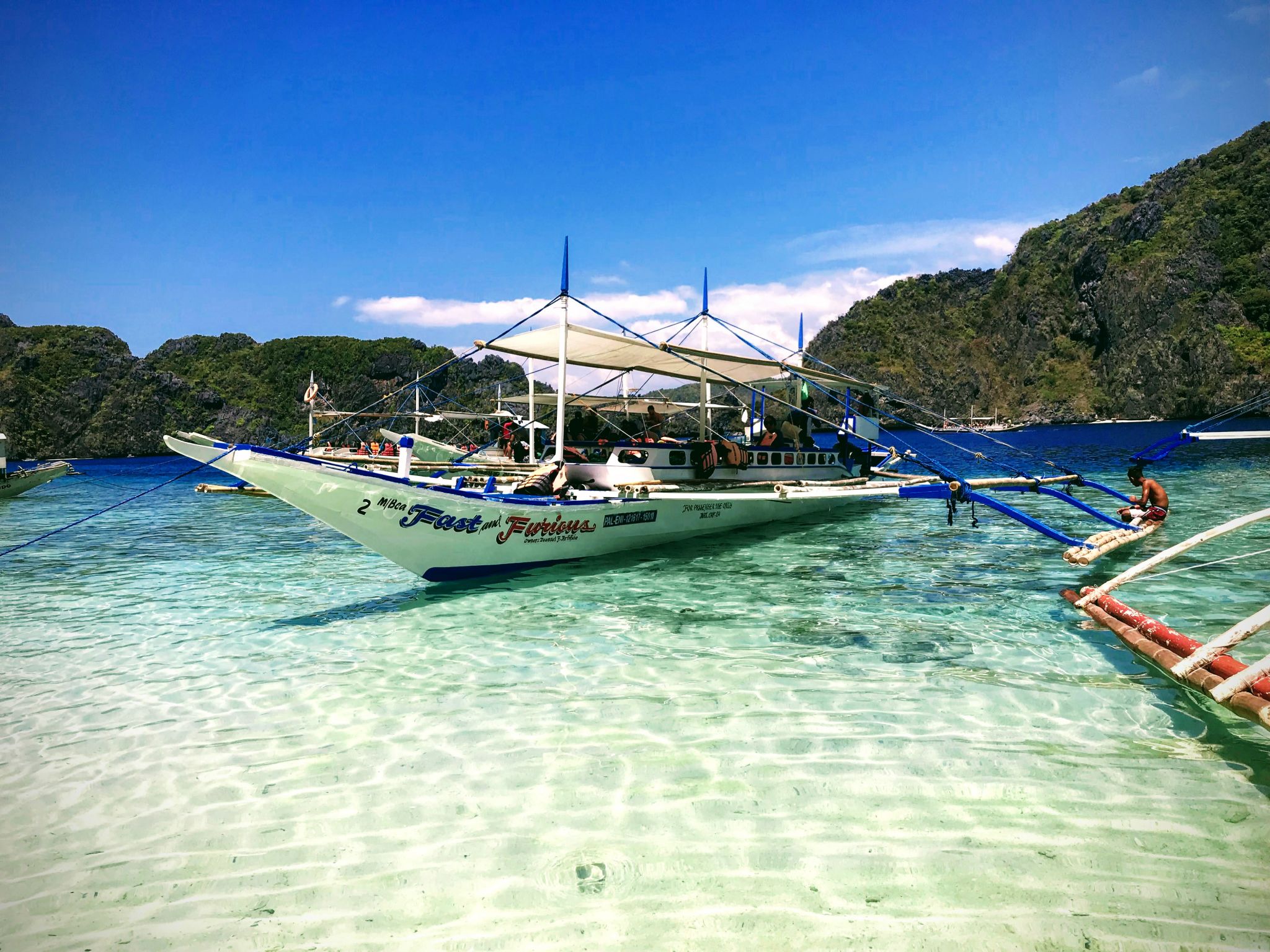 If you’re in Manila, Grab Car is a great way to get about. It works like Uber, but you can pay the driver cash at the end of the ride. The quickest transport option is a motorbike taxi such as Grab Bike or Angkas but you may well need nerves of steel as you weave in and out of the Manila traffic. You’ll need a wi-fi connection to use the apps on the go so I would recommend getting a Filipino sim card when you arrive and definitely bringing a portable wi-fi hub such as Skyroam with you so you can stay connected and travel around more easily. We didn’t realise we could have bought a portable hub and so had to rely on public wi-fi which made things a bit tricky at times and we couldn’t really use Grab Car. Downloading offline maps from Google was really helpful and worth doing before you head off on your travels. 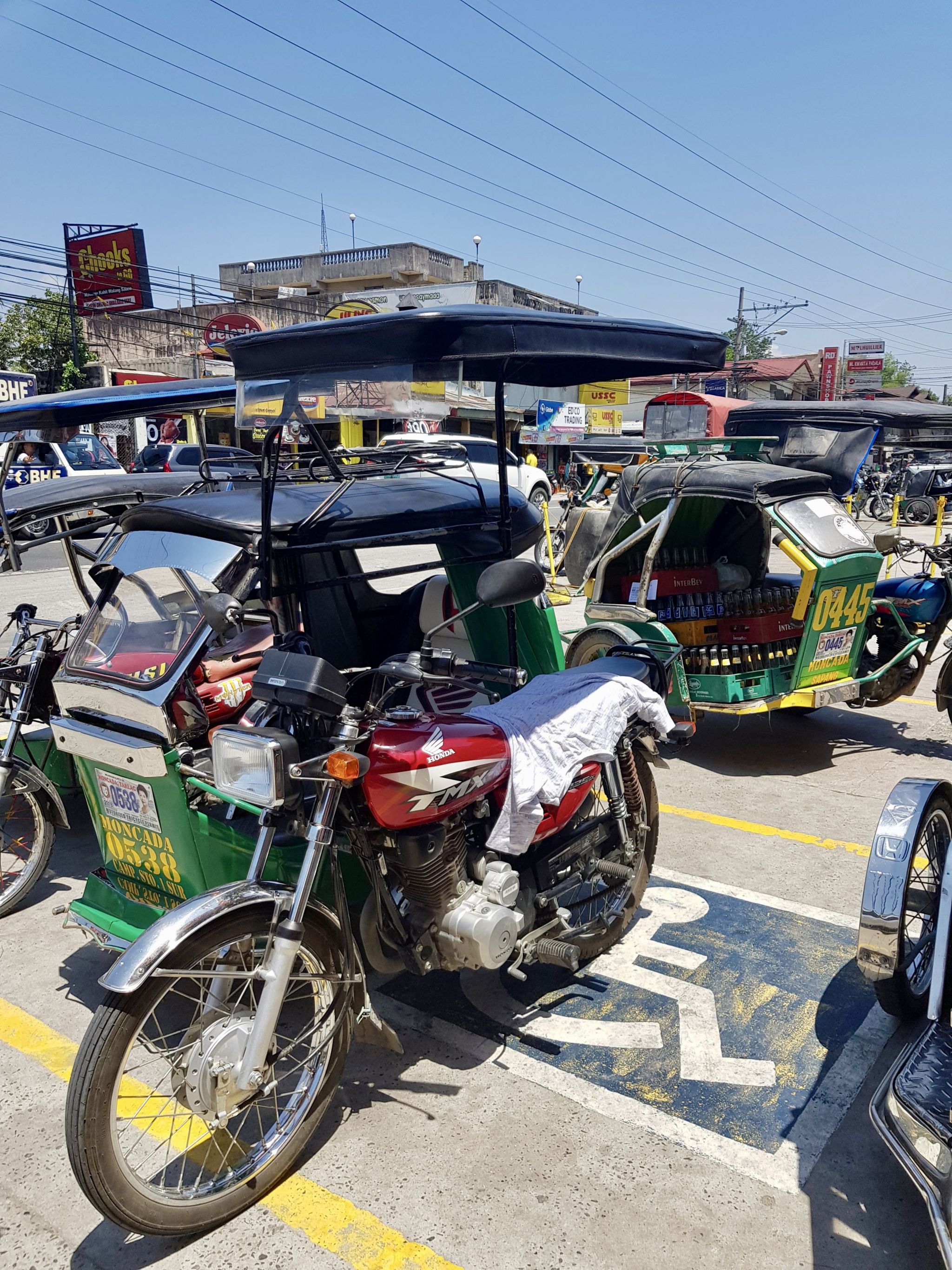 You can also get a jeepney to get about, but there’s no air-con other than an open window or open back door and it can get a little crowded. Jeepneys are a really budget friendly way to get around and you can hire them which is great if you’re travelling in a group. Outside of Manila, tricycles are the most popular way to get around. A tricycle is basically a motorbike with a roof and sidecar and it’s not uncommon to see 4-5 people and the driver travelling on one. They’re great for shorter distances (you can go longer distances but it’s not the most comfortable of rides) and they’re really inexpensive.

A word of warning about Manila; the traffic is super bad. I mean really bad, it can take over an hour sometimes to travel just 5 kilometers, as driving is the main way to get around which means a lot of congestion, so allow extra time to get about. This goes for the Philippines in general. I found that it takes longer than you think to get from A to B. The Filipino way is relaxed and much more laid back than us Londoners. Sometimes what’s stated as an hour long journey can take 4 hours, so plan in some extra time. I was in Manila just a day and a half and a lot of that time was spent in traffic, so we unfortunately didn’t get to see as much as I’d hoped. I’d say you’d ideally need a good few days for a visit. If you don’t have much time to explore Manila, I’d recommend staying in the area you most want to explore or experience so things are within walking distance, it makes a real difference. We stayed in Makati which is the financial hub and there are lots of great restaurants, bars, cafes, museums and shopping malls which you can easily reach on foot. 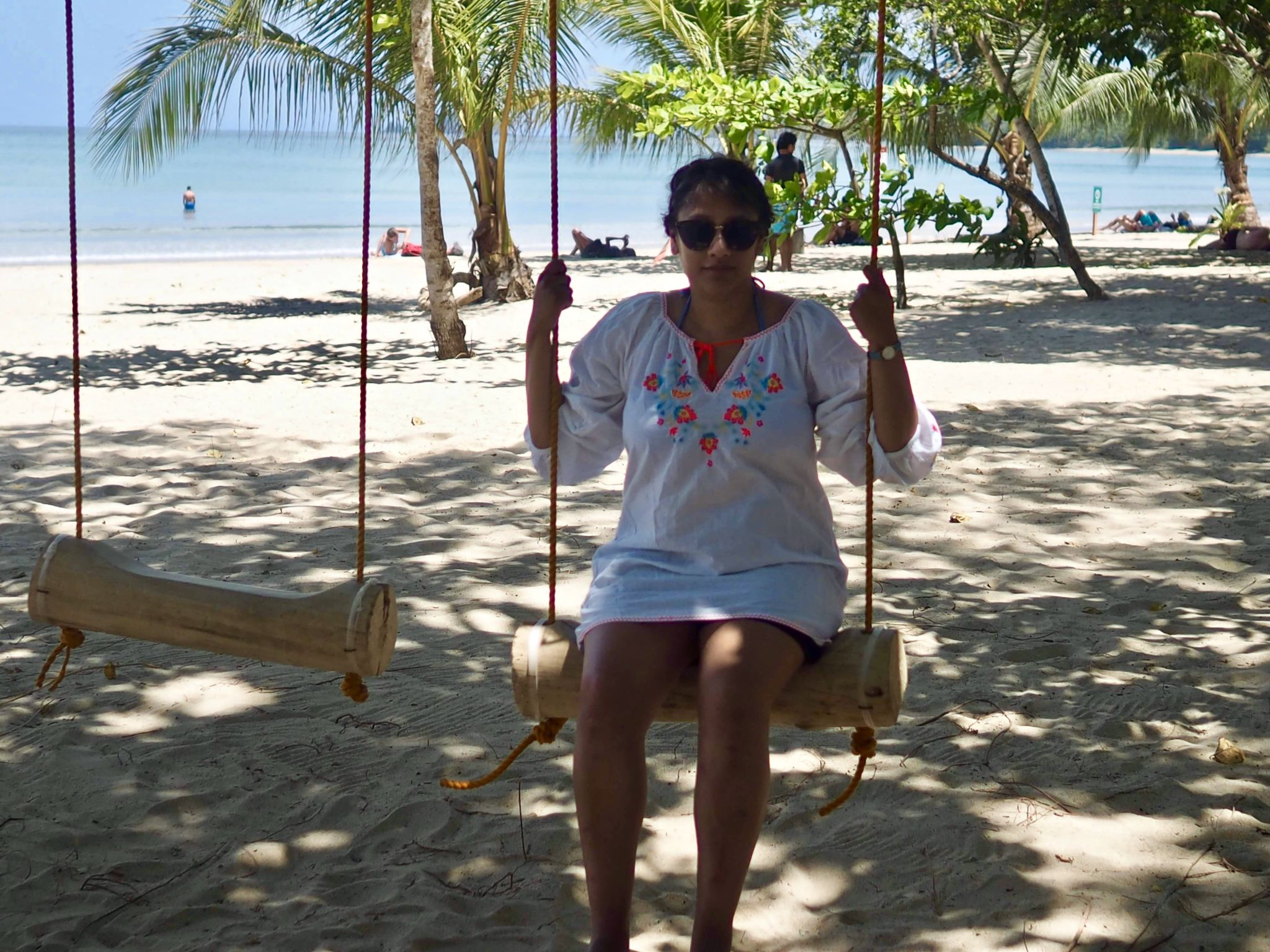 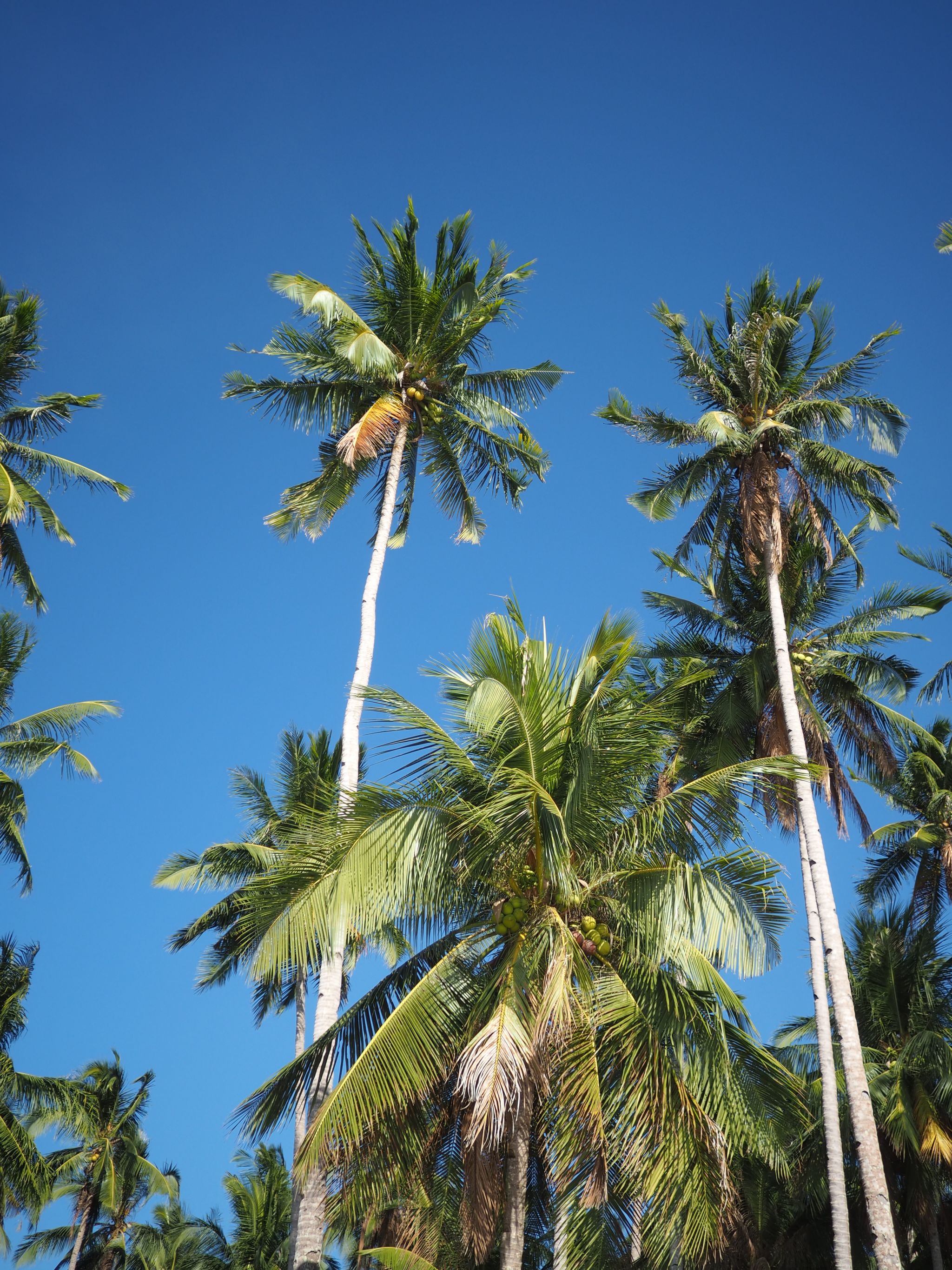 As a general rule, it’s not safe to drink the tap water, but this can vary apparently according to the area. Being diabetic, I’m more susceptible to tummy bugs which can be extra tough, so I played it safe and stuck to bottled or filtered/distilled water. Salads can be washed in tap water, so something to be mindful of but use your judgement. Ice is a tricky one, some say avoid it unless you know it’s safe, but to be honest it was so hot and humid with temperatures reaching 37C sometimes, that I didn’t turn down ice and I was ok. 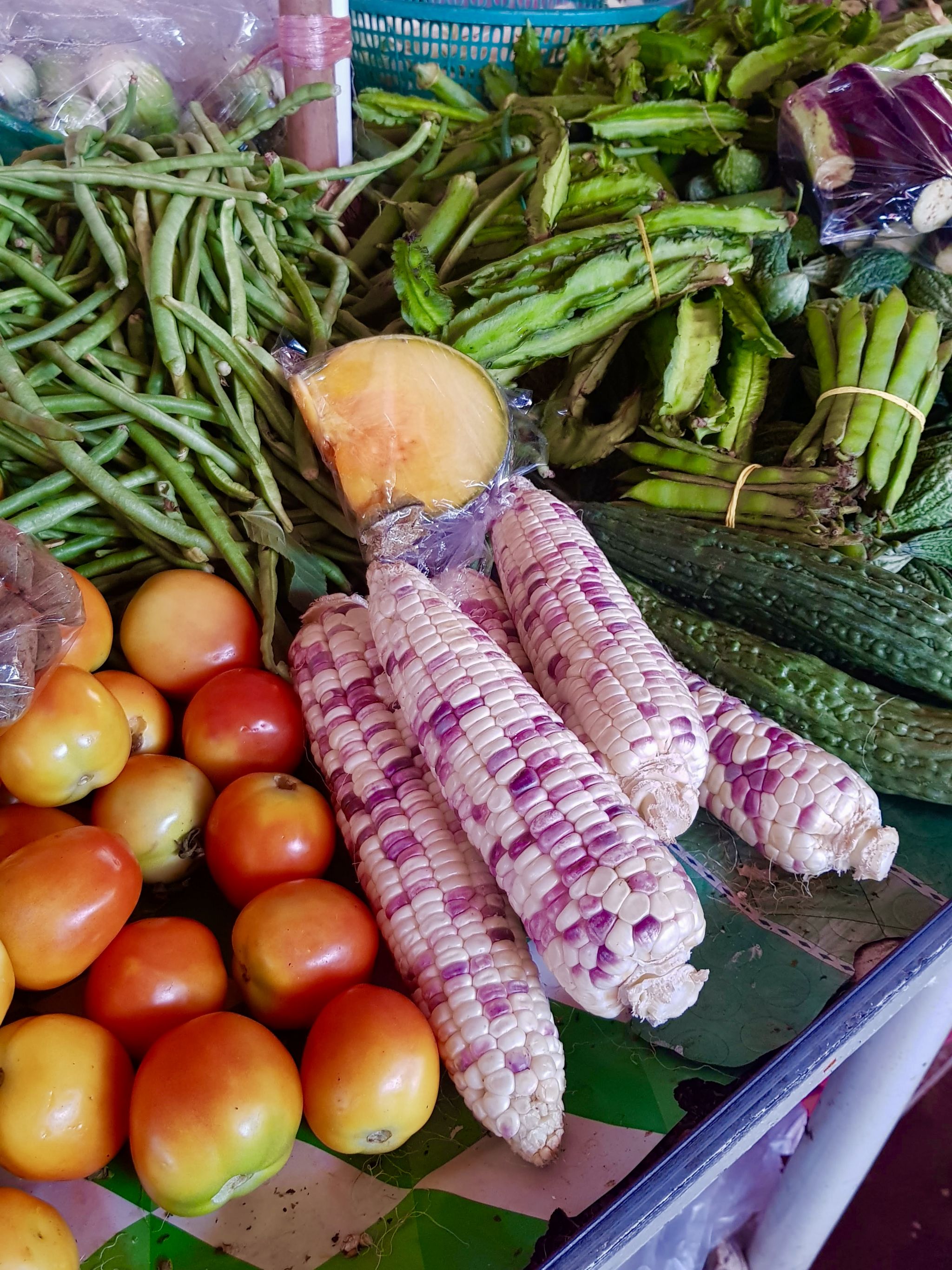 I know this is obvious, but always keep some water with you, so you keep hydrated. I didn’t always do this hence I mention it and I underestimated how much water you can lose due to the heat.

As with many Asian countries, the Filipino tradition is to eat with your hands especially at a Boodle where meat, seafood, fish, vegetables and rice are laid out on banana leaves and you stand and eat together. I would definitely give it a go, it’s a great experience. Wash your hands before you eat. It’s usually frowned upon to use your left hand as it’s not thought of as clean (if you know, you know), but if you’re left handed, then don’t worry, just stick to using one hand. Pork is the staple meat in the Philippines, which made it tricky for me sometimes as I don’t eat any pork products, but there is plenty of choice with chicken and incredible seafood. I had the best fruit while travelling; super sweet and juicy pineapples, mangoes and yellow watermelon. I came back home with such glowing skin and I put that down to the amazing fruit I had everyday.

If you have a sweet tooth, there are lots of treats to tempt you. If want to cool down and have something sweet at the same time, try Halo Halo (Tagalog for mix-mix). It’s a cold dessert made up of crushed ice, evaporated milk and various ingredients including,  ube, ice-cream, sweetened beans, coconut, fruit slices and sometimes gelatine. You have to try Ube desserts while in the Philippines. Ube is a purple yam which is used to flavour ice-cream, halaya (which is like jam), cakes and biscuits or polvoron which are like crumbly shortbread. Ube is a pretty unique flavour and really hard to describe as it’s not like anything I’ve had before, but I love it! Pan de sal, is a popular bread roll in the Philippines and was my breakfast staple. If you like coconut and can get hold of it, try the pan de coco. I missed out on this one, so you’ll have to let me know what you think. 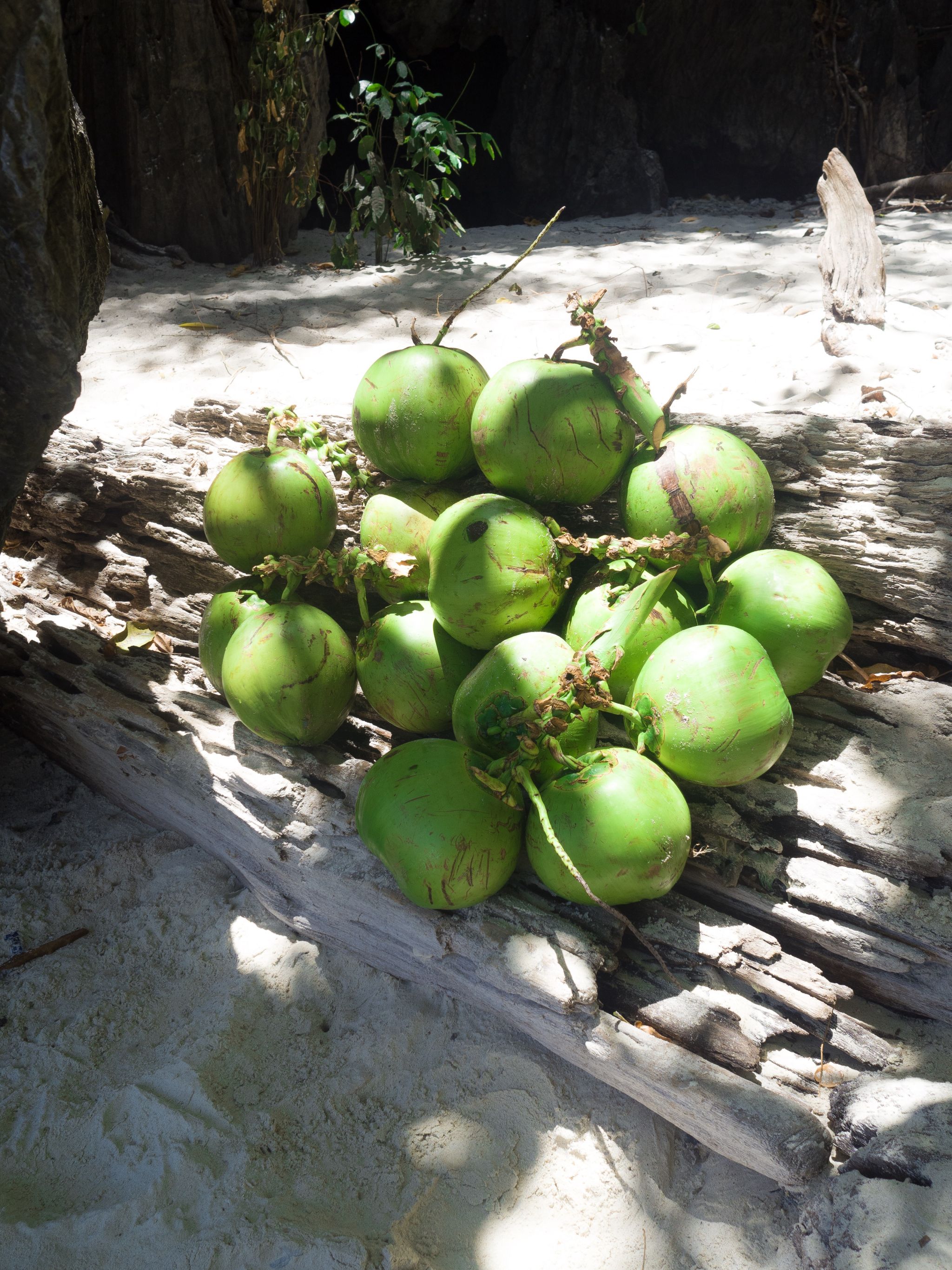 Things to bring with you

Power cuts can be quite common in the Philippines, so it’s handy to bring a torch with you. Powerpacks to charge phones and tablets/iPads are also worth bringing, but many airlines won’t let you charge them or use them onboard and at Manila airport you’ll have to put them in a separate transparent bag when departing.

In terms of toiletries such as shampoo, shower gels and moisturiser, don’t worry about lugging all that with you, as you can easily buy those when you arrive. Insect repellent is a must bring though. You can of course buy it when you arrive, Off! Lotion is a popular brand, but we found the bugs still bite when we used that; perhaps they’re now immune to it. The strong insect repellent we brought in London from Superdrug was really effective, but the deet is not ideal. With the kids we often sprayed it on their clothes, rather than directly on their skin. Also make sure to bring sun tan lotion, don’t let the weather reports fool you. When we checked the weather before our trip, it said everyday would be overcast, but that wasn’t true at all and when the sun comes out, even a little, you can burn really easily. We alternated between factor 50 and 30 and still got a little pink on the back of the neck and shoulders. I’d brought anti-septic cream and after-bite cream with us and it came in so handy as getting a few bites is unavoidable. It’s also good to bring anti-histamines, they helped reduce the discomfort from bites and heat rash. Toilet paper isn’t readily available in public toilets, so it’s an essential item to carry around, otherwise you’ll have to face the hygiene hose.

Clothes wise, it’s so hot and humid that’s shorts, vests, t-shirts and dresses made of natural materials are the way to go. I’d recommend bringing a light scarf or cover up with you as the air-con can be really full on. A lightweight raincoat that you can pack away is a must, because when it rains, it really rains even outside of the rainy season.

The cost of living is much less in the Philippines than any western country especially somewhere like London, so your money will go a long way. However we found food, drink and tricycles in El Nido to cost more as it’s so popular with tourists, so you may want to factor that into your budget.

You’ll find that you’ll often be addressed as ma’am or sir in hotels, restaurants and generally when out and about. It can take a little getting used to, but it’s just customary politeness. I missed being called ma’am when I got home. 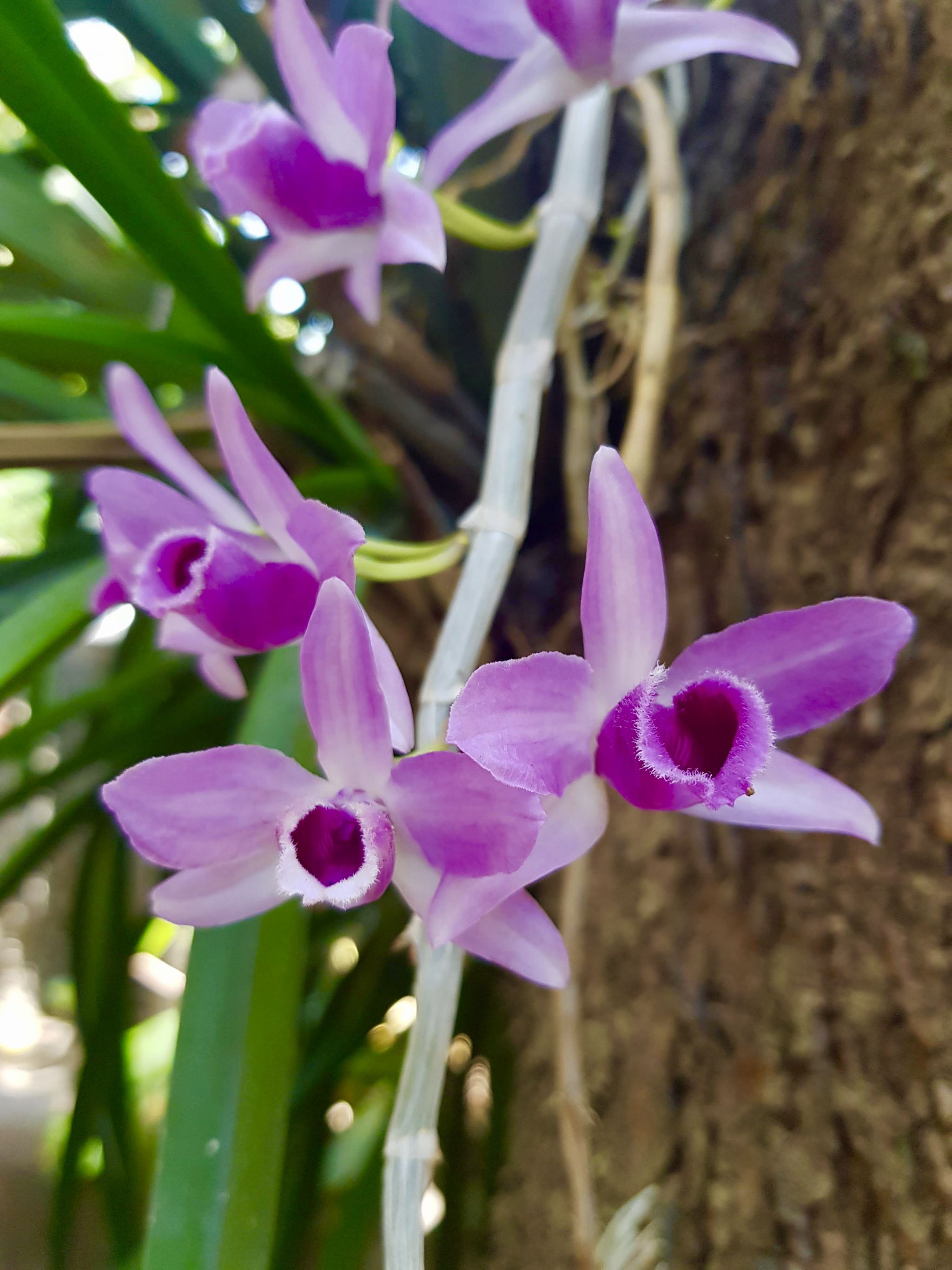 One last thing, you may read or hear that when flying home from Manila airport you’ll have to pay an airport tax before you can depart. This is no longer the case, I double checked on my return and was told the airport tax is now included in the price of the air-fare. Also with airports in the Philippines, only those boarding a flight are allowed in so if anyone is picking you up or dropping you off, they will be outside the airport. Also once you exit the airport, you won’t be allowed back in so make sure you have all you bags and things with you when you leave. 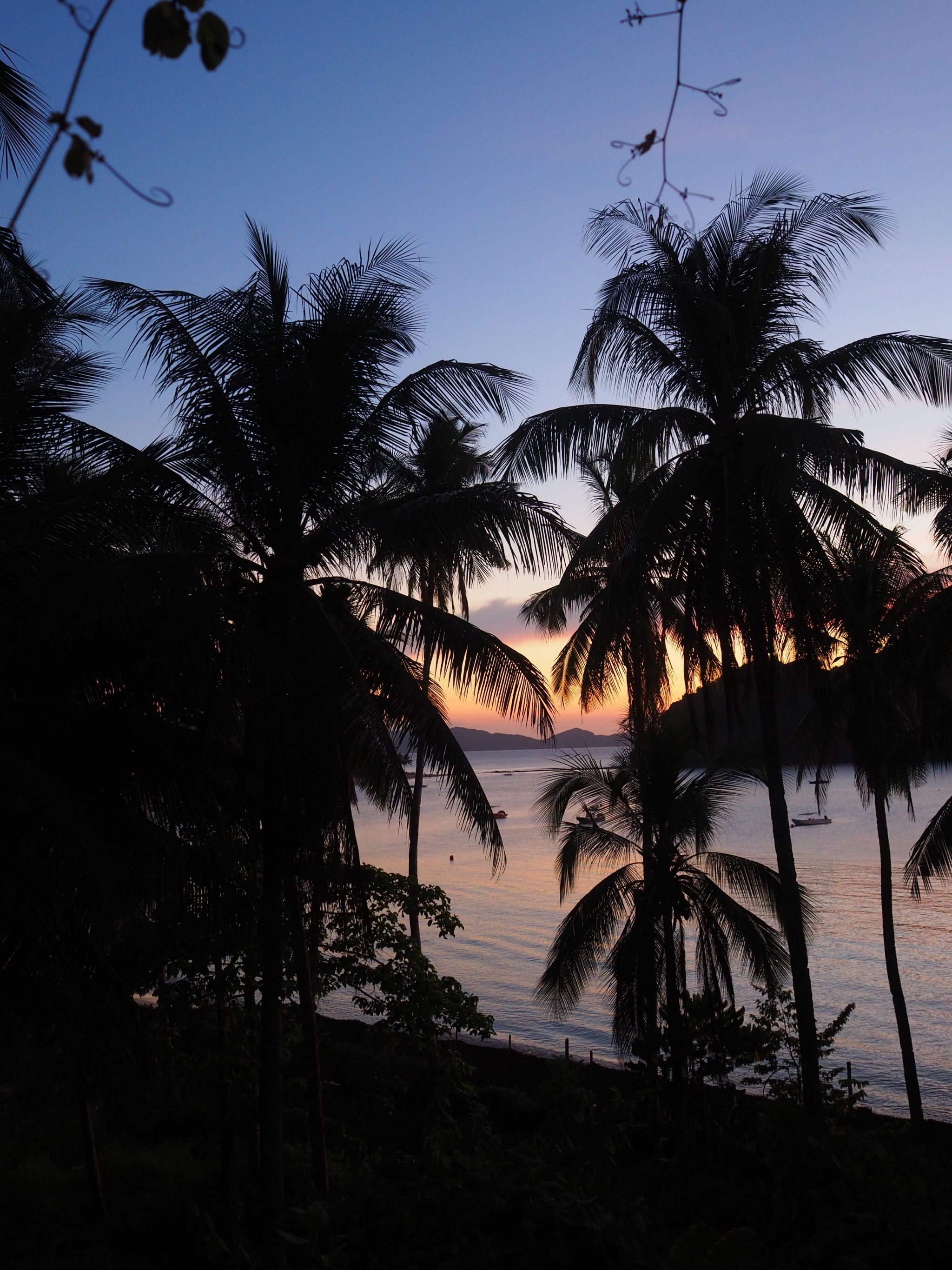 So this turned out to be a longer post than I thought, but I hope it’s useful. If you’re planning a trip to the Philippines or have been, I’d love to hear about your experiences and tips in the comments.