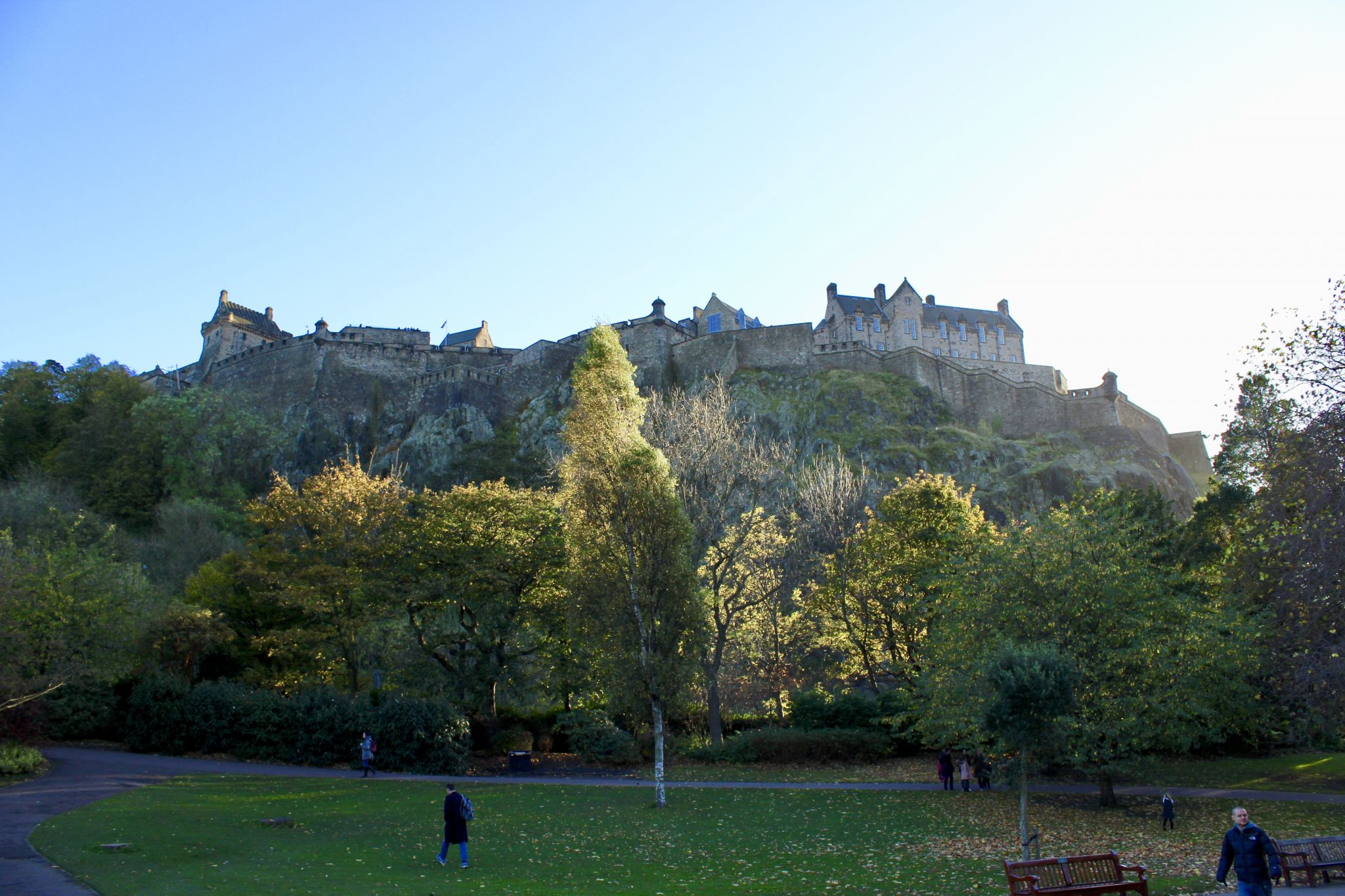 During half term we headed to Edinburgh for a little family day out. The aim of the trip was to have an escape from London without bankrupting ourselves due to the half term price hikes and give the kiddies a chance to experience their first flight.

It was our first visit to Edinburgh and getting there was super simple. We caught an EasyJet flight from Luton and the flight time was less than an hour. We were a little later than expected in arriving as our plane was delayed, but once we arrived, getting from Edinburgh airport to the city centre was really easy. You can catch a bus from right outside the airport. Return bus tickets were just £7 per adult and £3 per child and it’s a 30 minute trip to the centre.

THINGS TO SEE & DO

Our first stop was Edinburgh Zoo and conveniently the airport bus stopped just outside. We had our heart set on seeing the Pandas, but unfortunately we just missed out as all the viewing slots were taken (top tip: book ahead online for cheaper entry to the Zoo and add a Panda viewing slot to your booking to avoid disappointment). 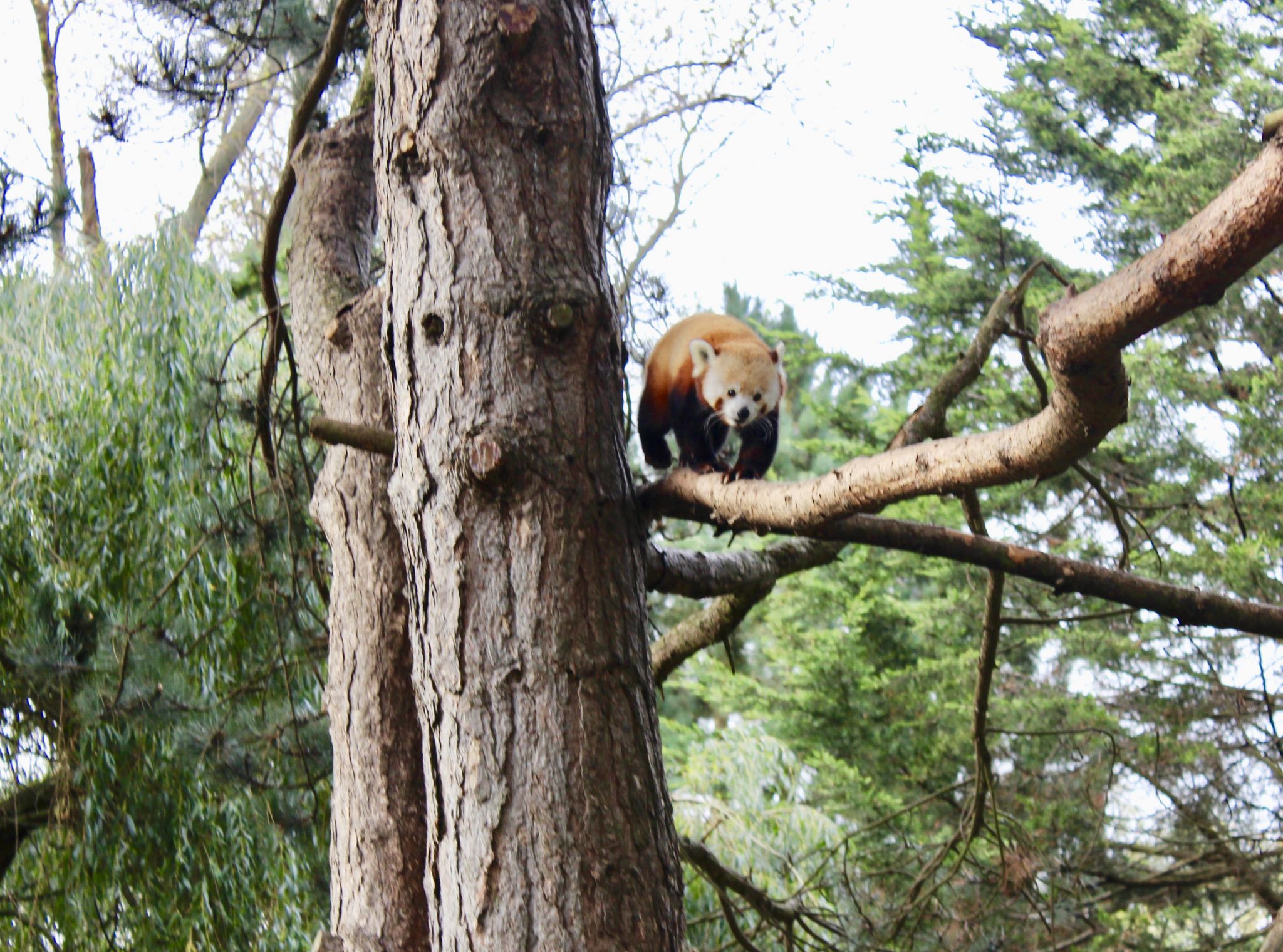 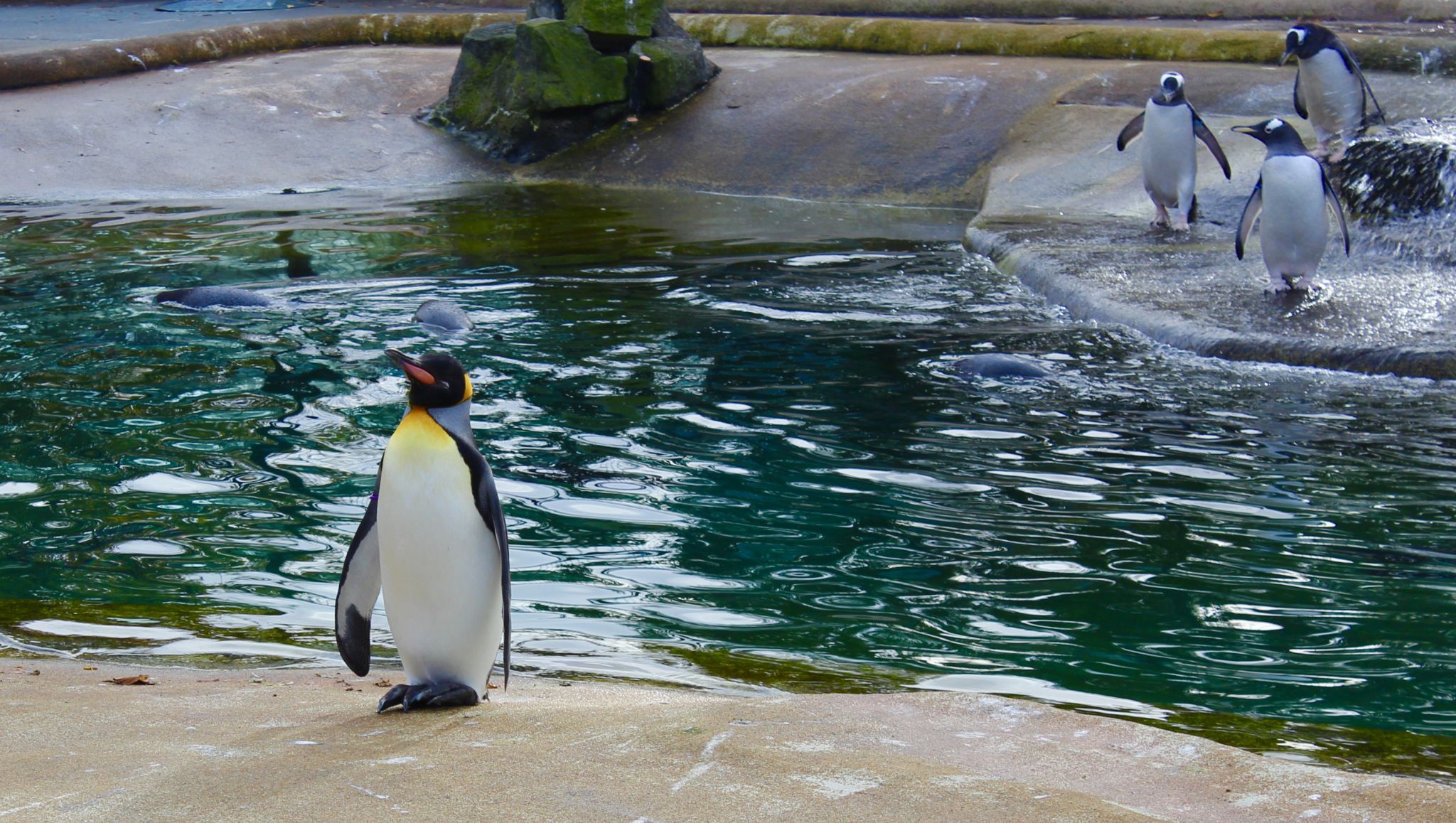 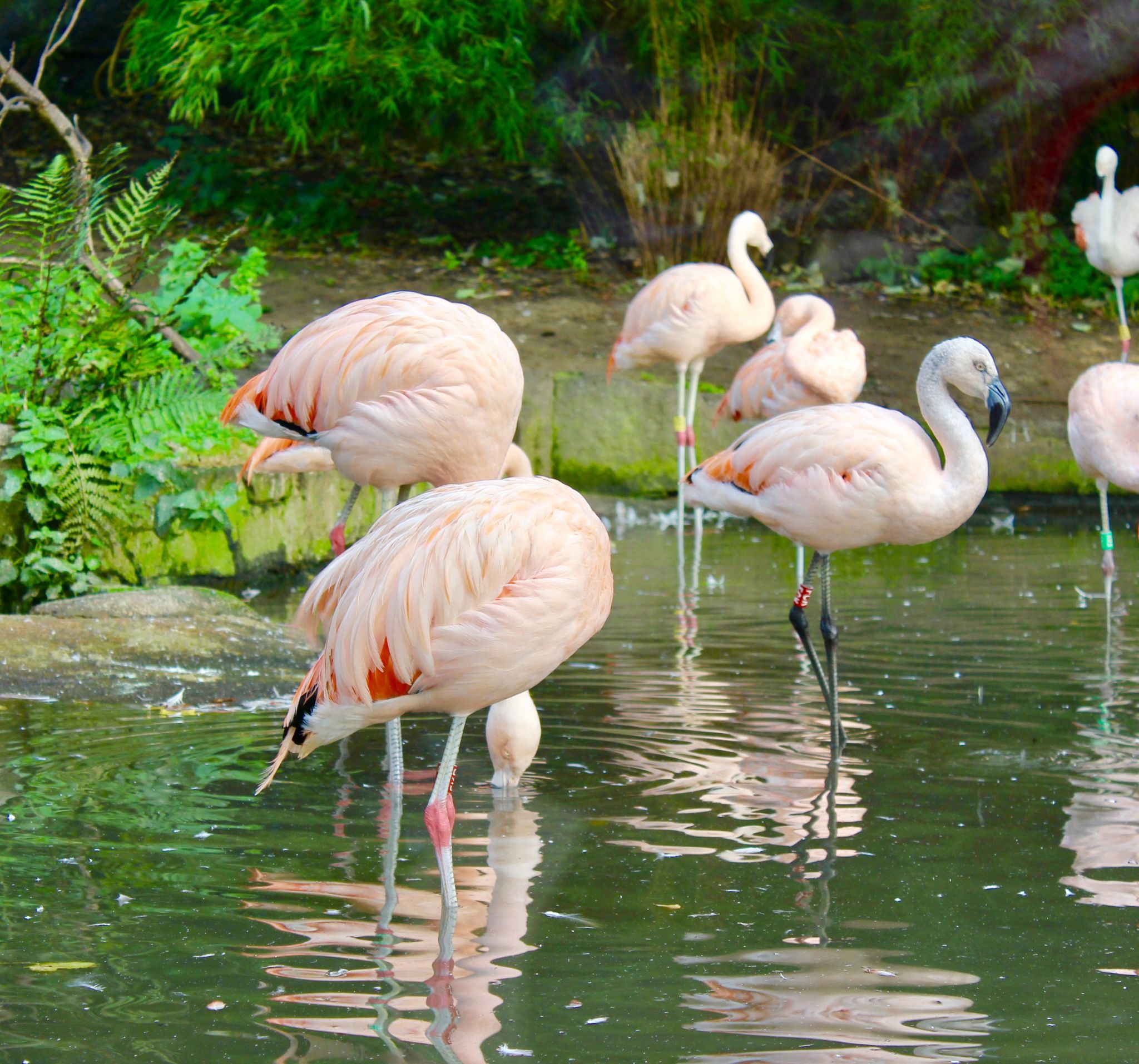 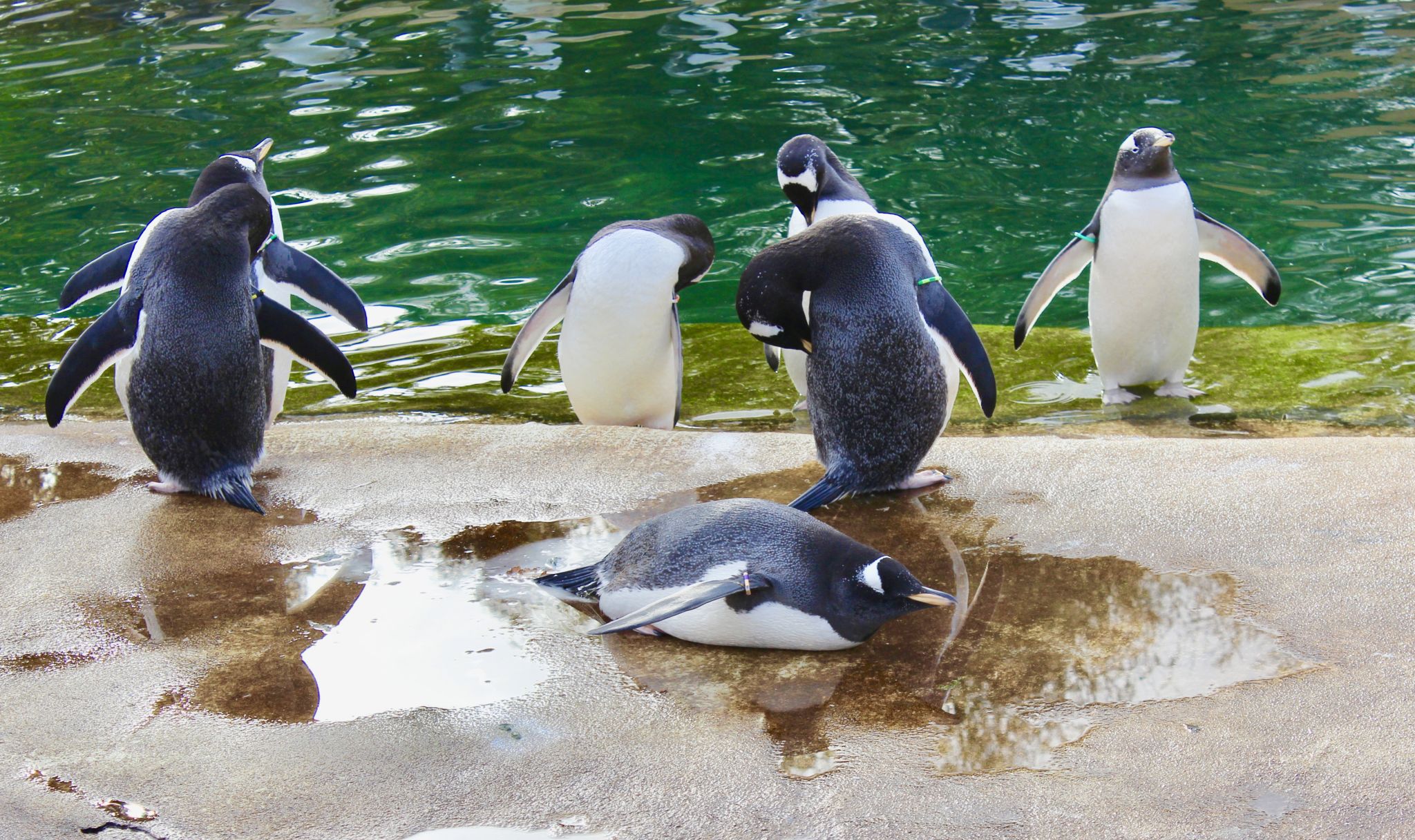 After the Zoo we hoped on a bus to the centre of town. Unfortunately you can’t hop on and off the airport bus but we just caught one of many buses to the city centre and it was less than £5 for the four of us, plus it gave us a chance to take in our surroundings. 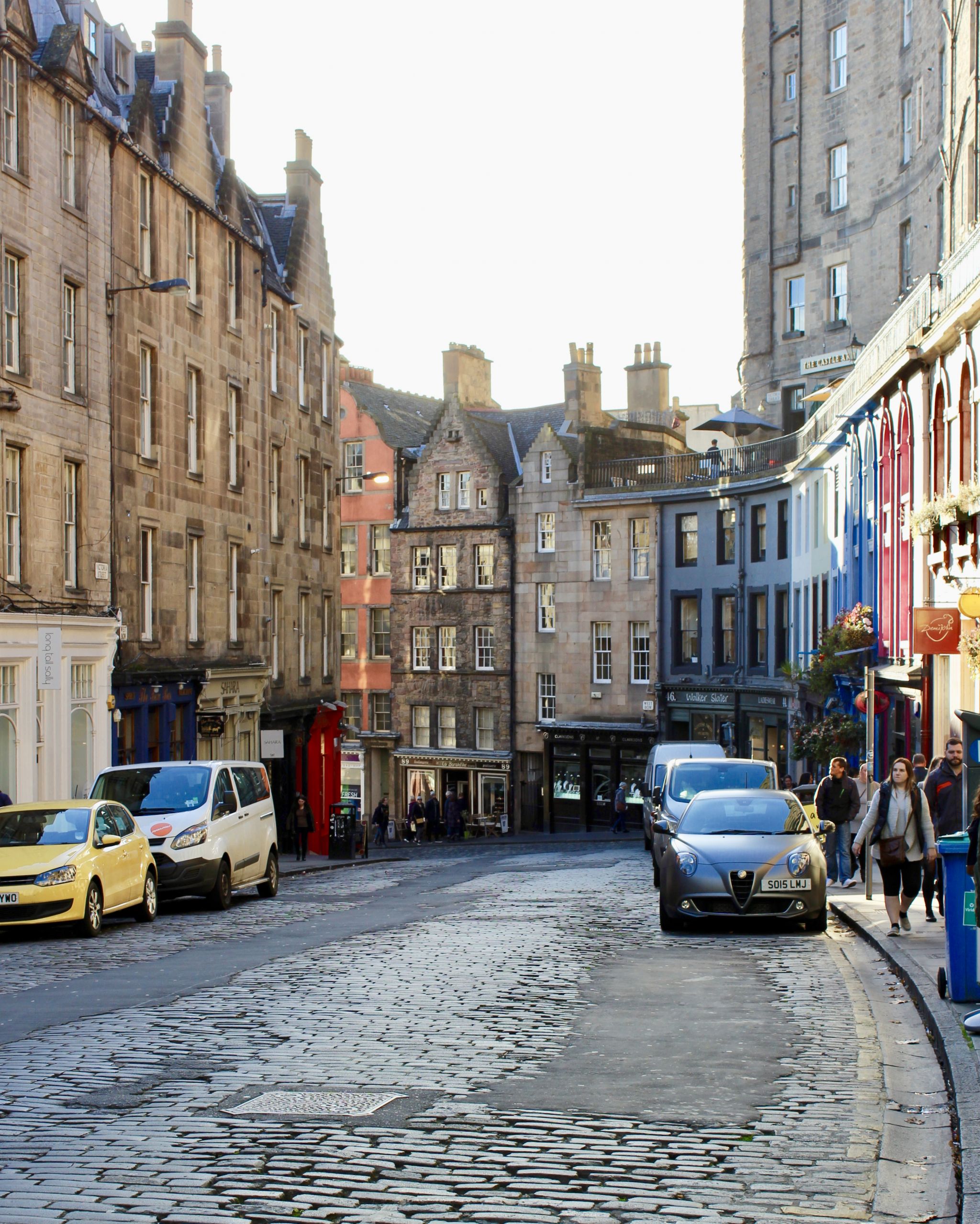 Victoria Street in the Old Town has to be one of the most picturesque retail streets in Edinburgh, featuring cobbled streets and colourful shop fronts that gently curve with the architecture. The street is also home to Diagon House a store dedicated to the world of Harry Potter, in the heart of the location which supposedly inspired the creation of the famous shopping district of Diagon Alley. J.K. Rowling was living in Edinburgh at the time of creating the wizarding world of Harry Potter and she spent a lot of time writing in the local coffee shops. The area also boasts the secrets of Major Thomas Weir, a man notoriously known as “the Wizard of West Bow” who was executed in 1670 for practicing witchcraft. It was believed that that his house was demolished when Victoria Street was built, but some locals claim that parts of it still exist hidden in the Quaker Meeting House on the upper terrace. 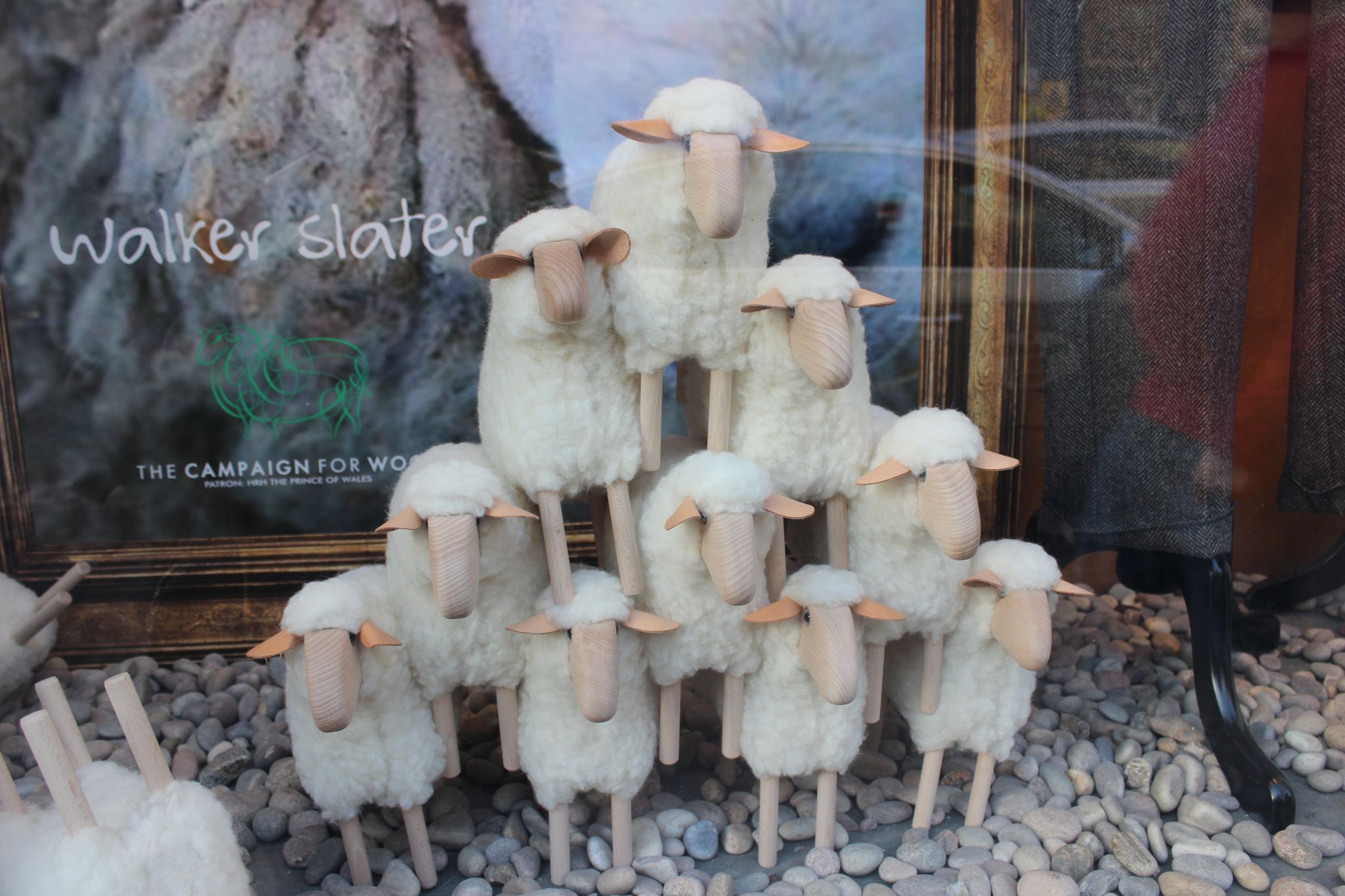 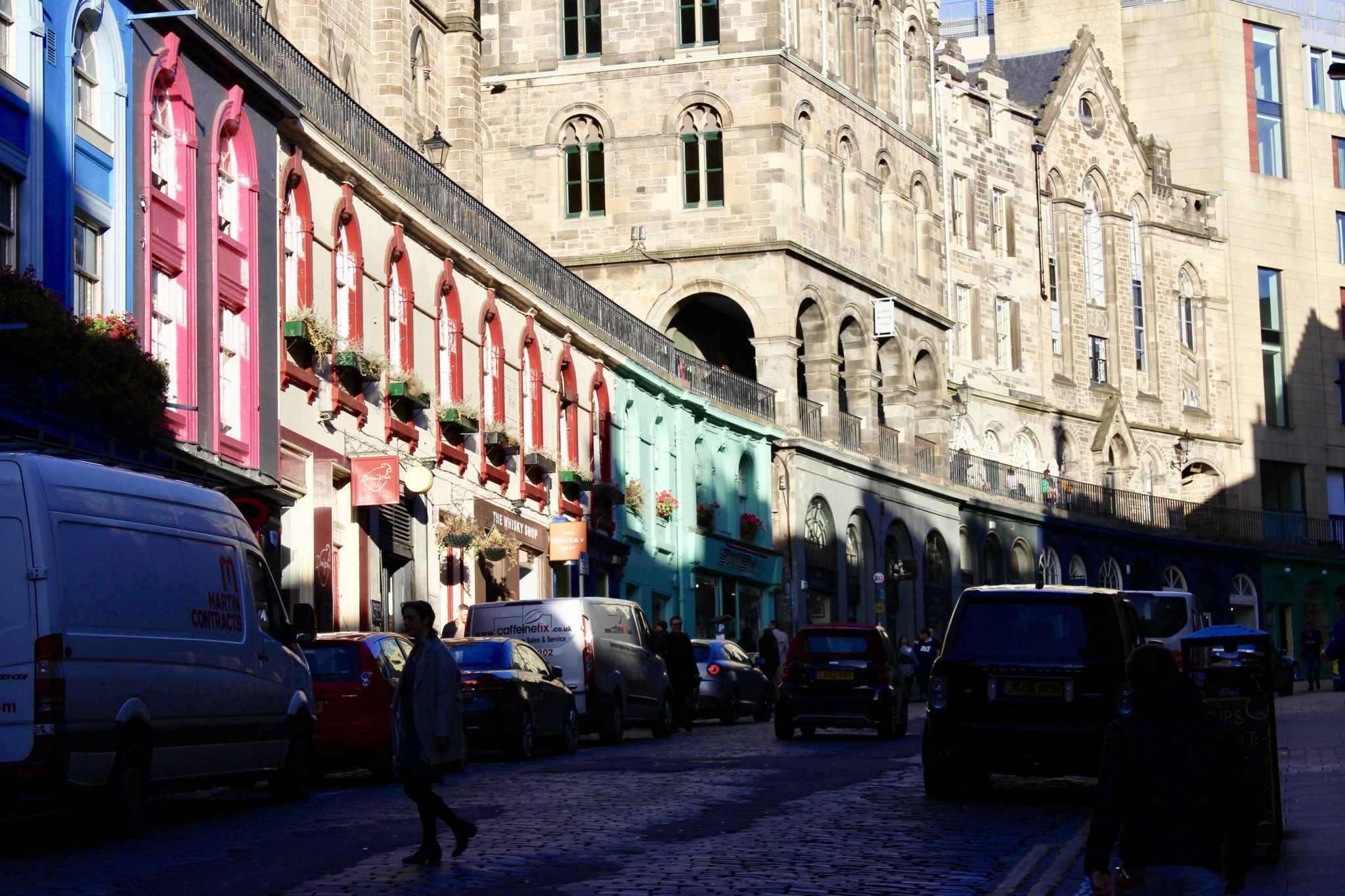 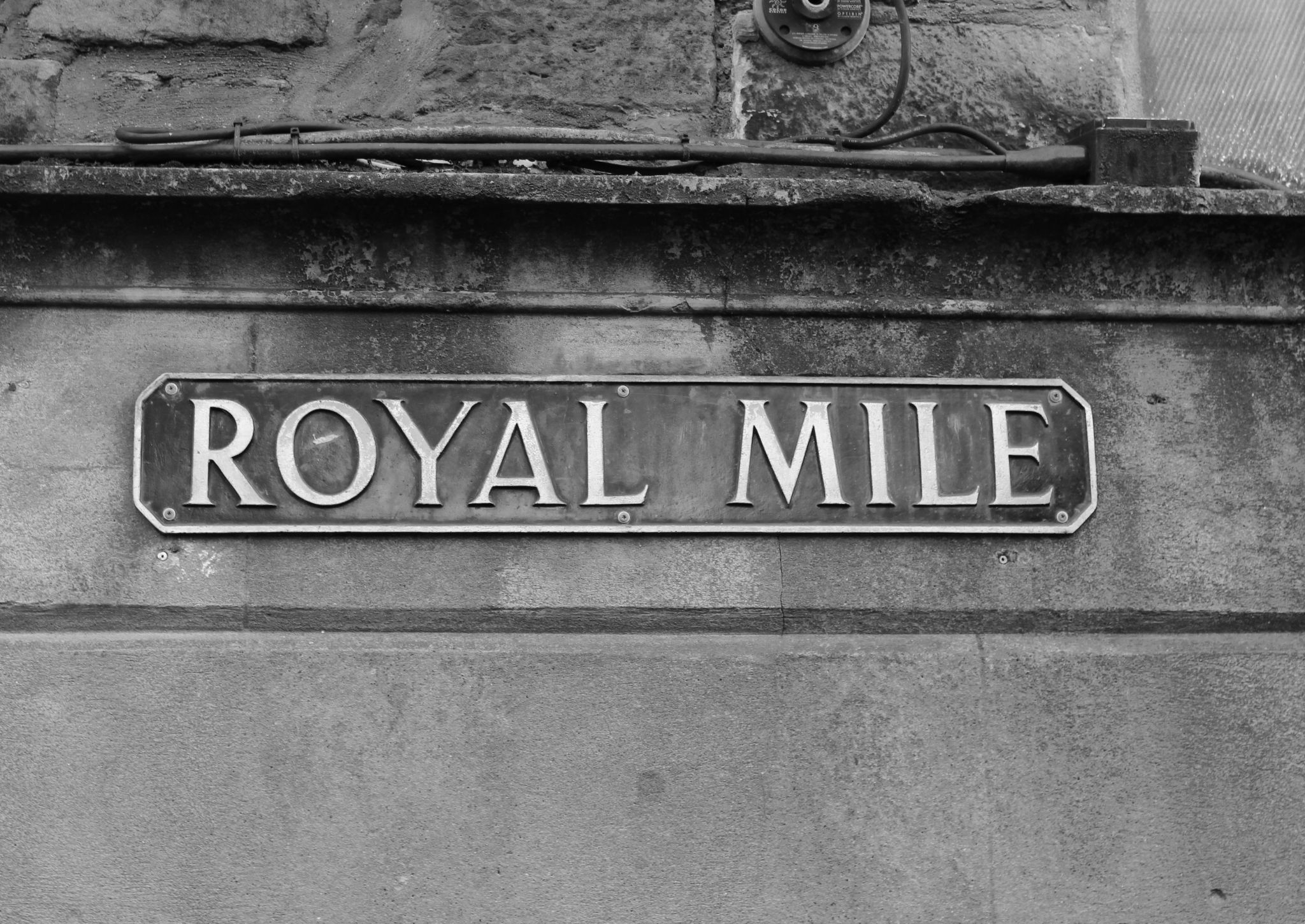 From Victoria Street we headed down the Royal Mile, the heart of Edinburgh city. A ‘Scots mile’ (longer than a British mile), and connects the two royal residences (Edinburgh Castle and the Palace of Holyrood House). The Royal Mile is also home to parliaments of old and new, law courts, a cathedral and churches, and a huge range of attractions such as walking tours and the Camera Obscurer. There are also lots of shops, cafes, pubs and restaurants, such as the Witchery which is a boutique Gothic hotel and restaurant. We walked along the Royal Mile to the Castle with the bag piper’s music guiding us along, which just bought the atmosphere together. It’s not a surprise the Royal Mile is one of the most well-known and most visited streets in Edinburgh. 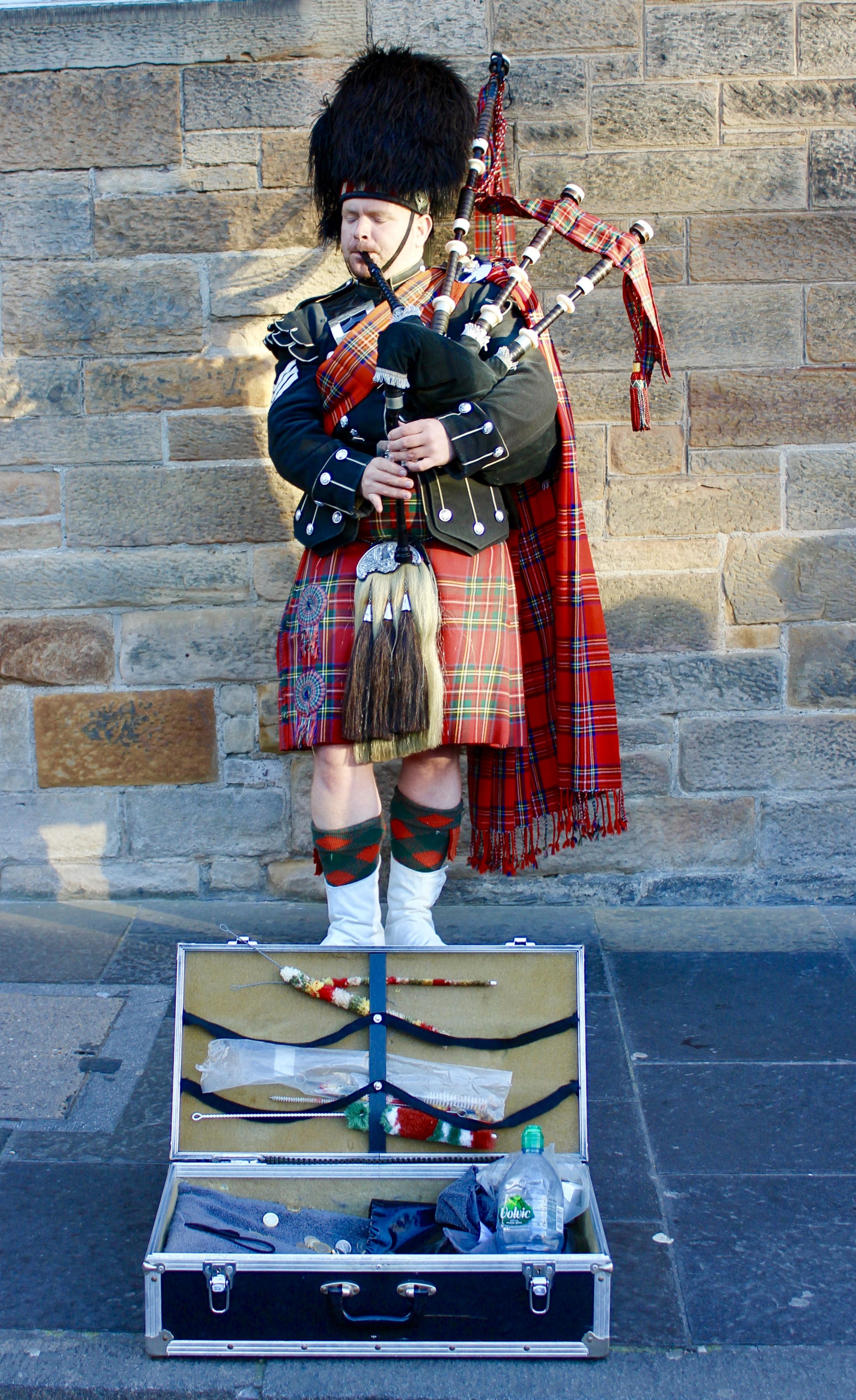 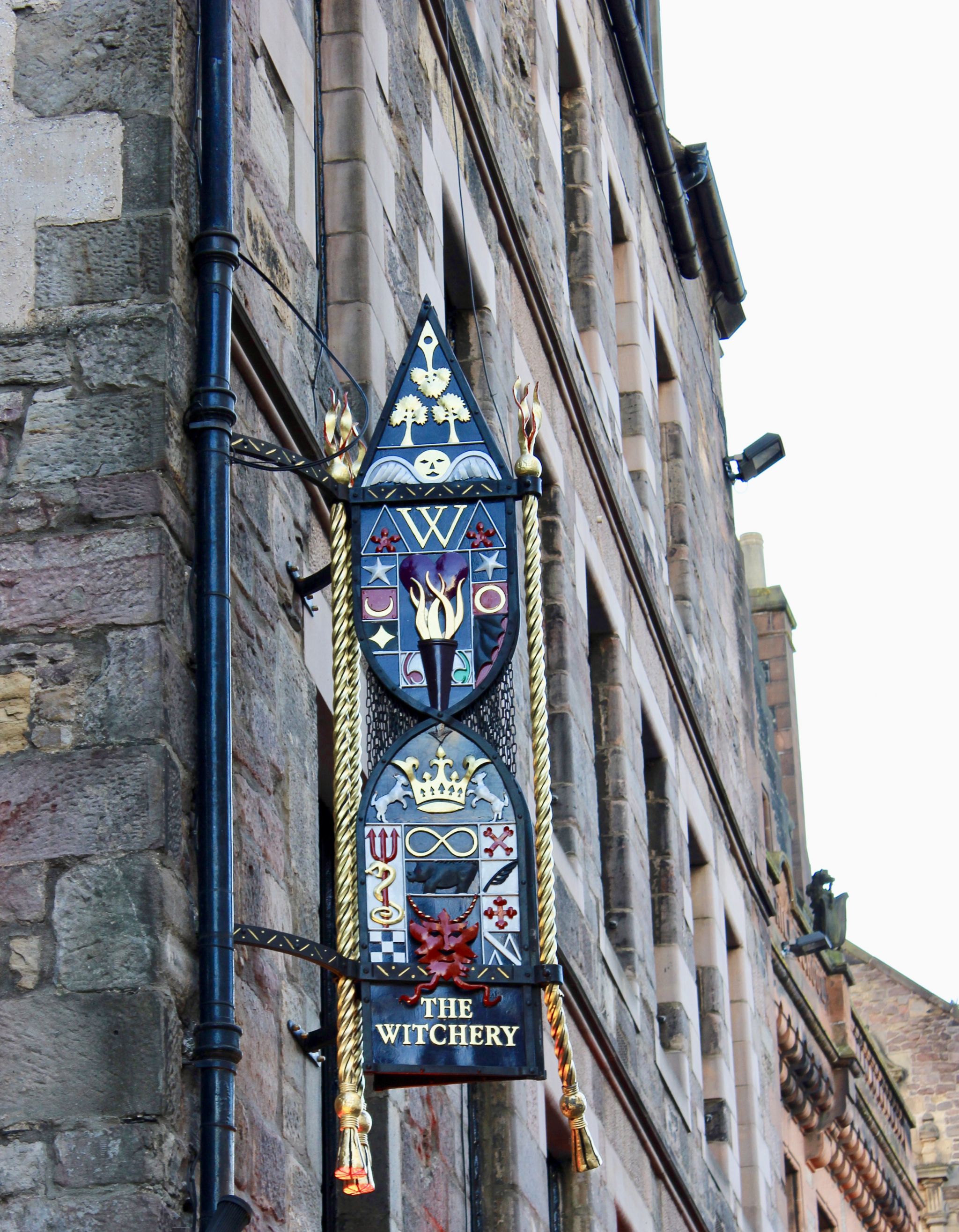 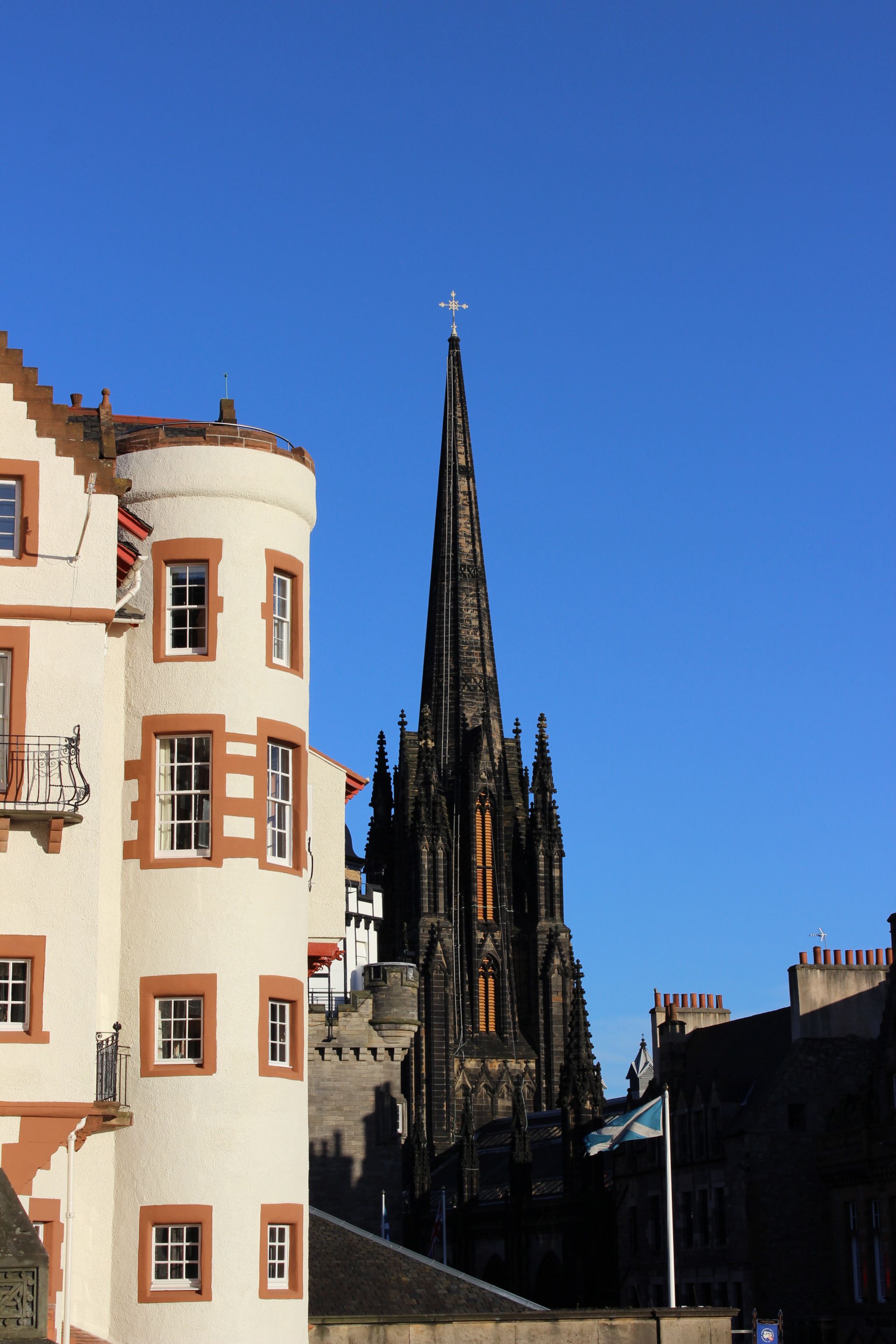 Sadly the Castle was closing as we arrived, but the surrounding areas and views were stunning. The castle is situated at the end of the Royal Mile on top of Castle Rock and is the most iconic building in the city. Sat on top of an extinct volcano, the Castle and its Esplanade offers beautiful views of Edinburgh. Inside you can explore some of the oldest and most important buildings of the city. The royal Crown Square is home to the magnificent Grand Hall and Scotland’s Crown Jewels. Hopefully next time I’ll get to explore the castle more. 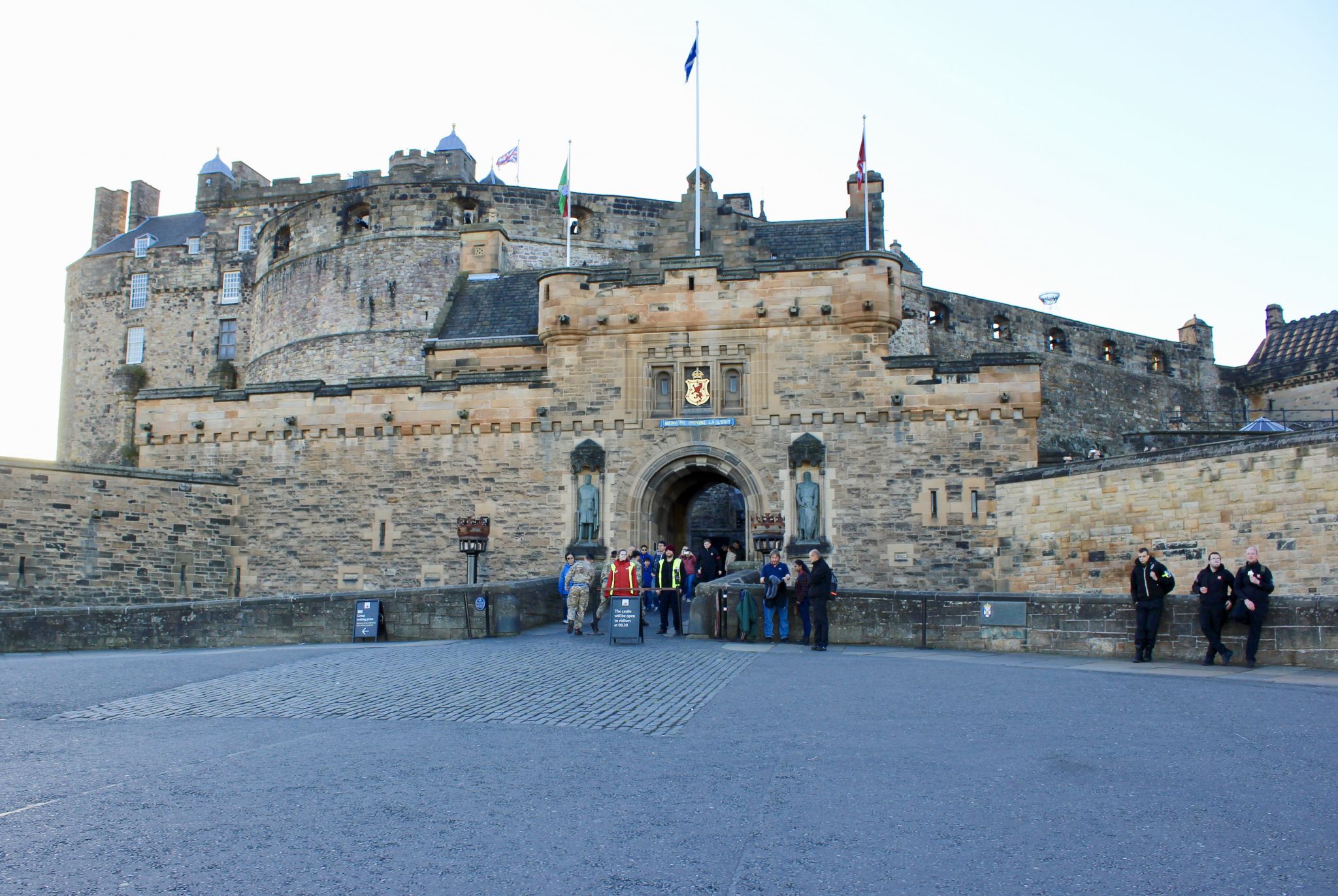 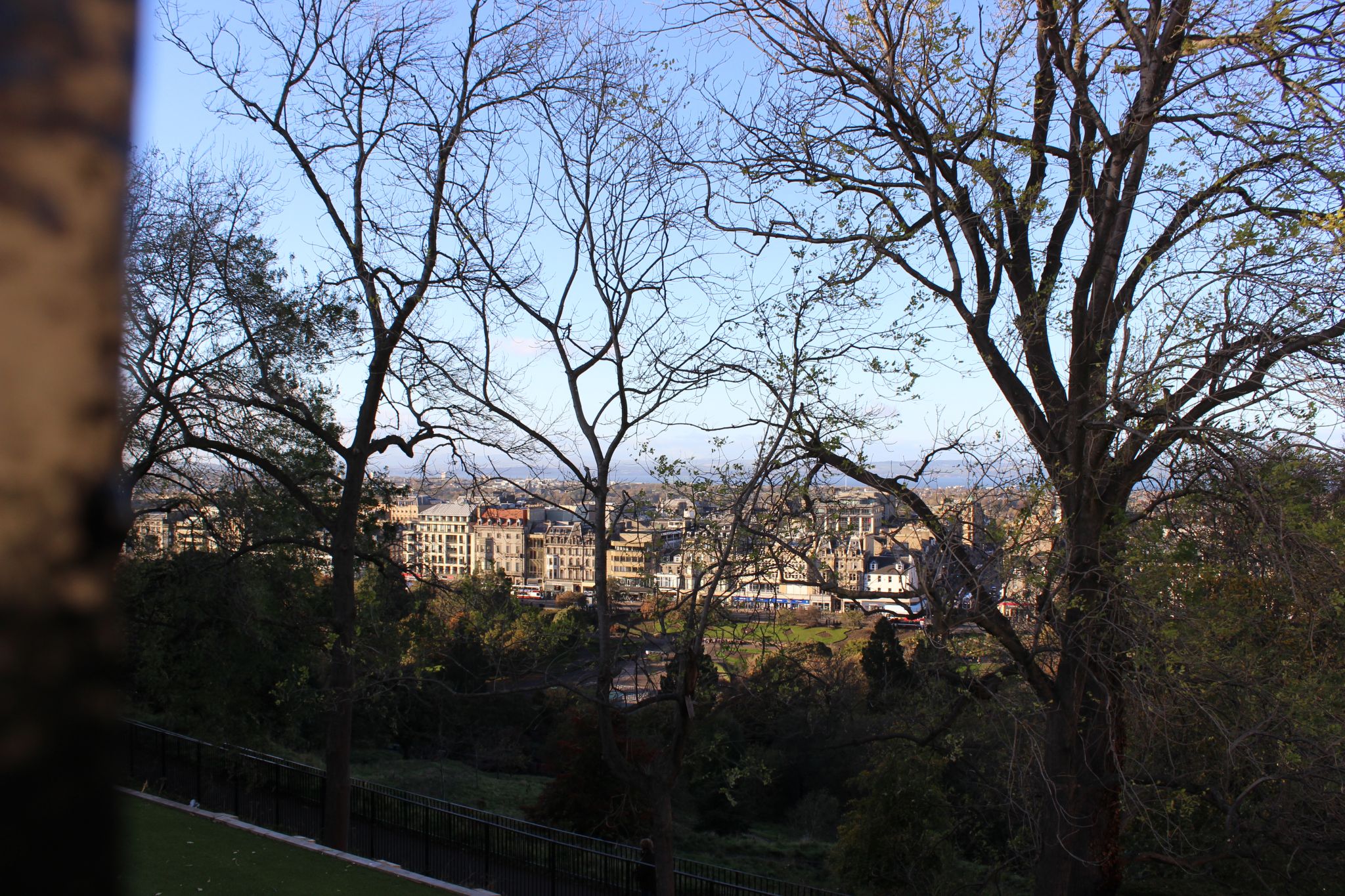 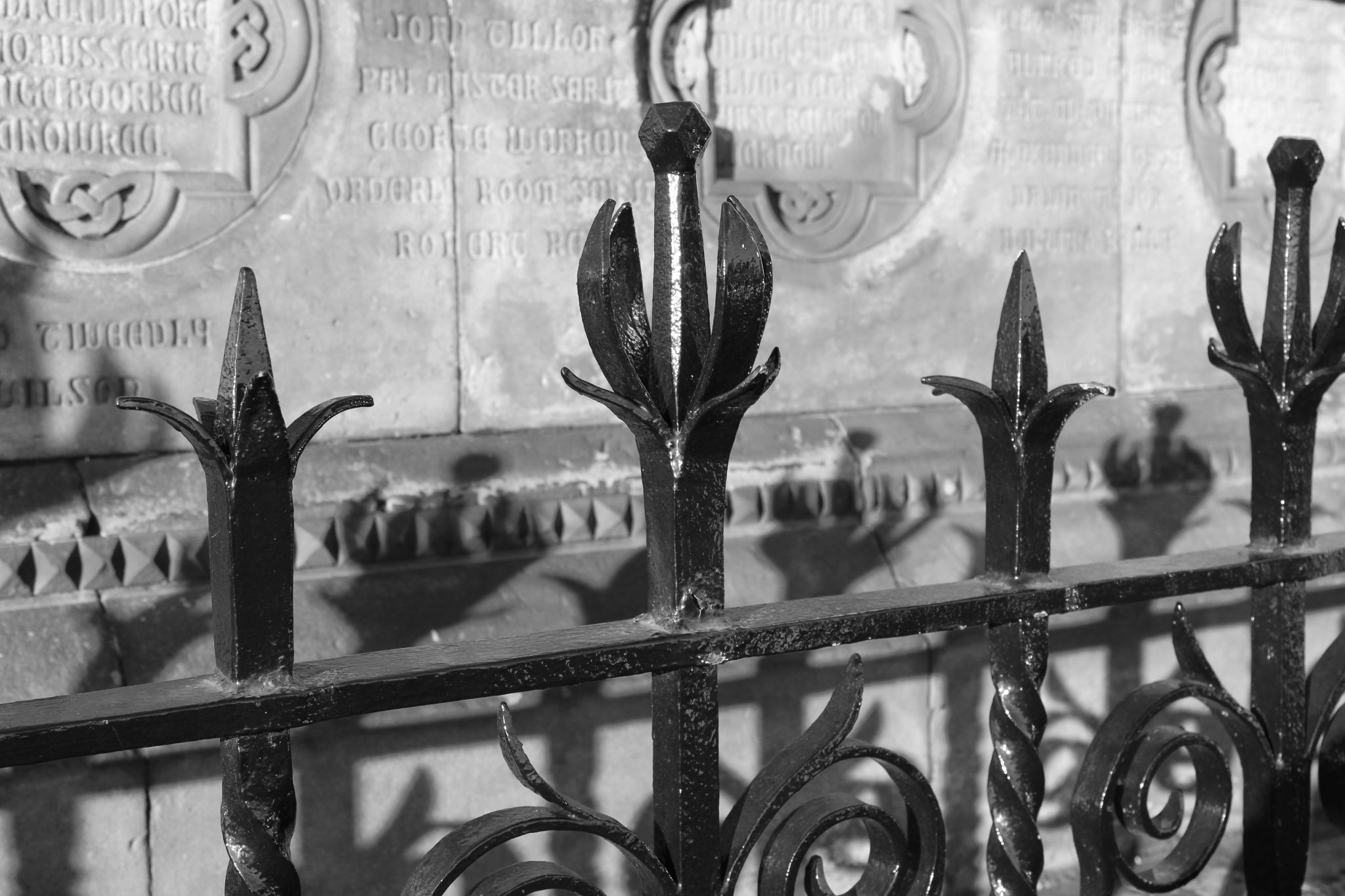 From the castle we walked down through Princes Street Gardens, I was definitely glad not to be approaching it uphill. The gardens connect the Old Town with the new and was a beautiful walk. The late afternoon sun hit it perfectly and provided a gorgeous view of the castle from below. 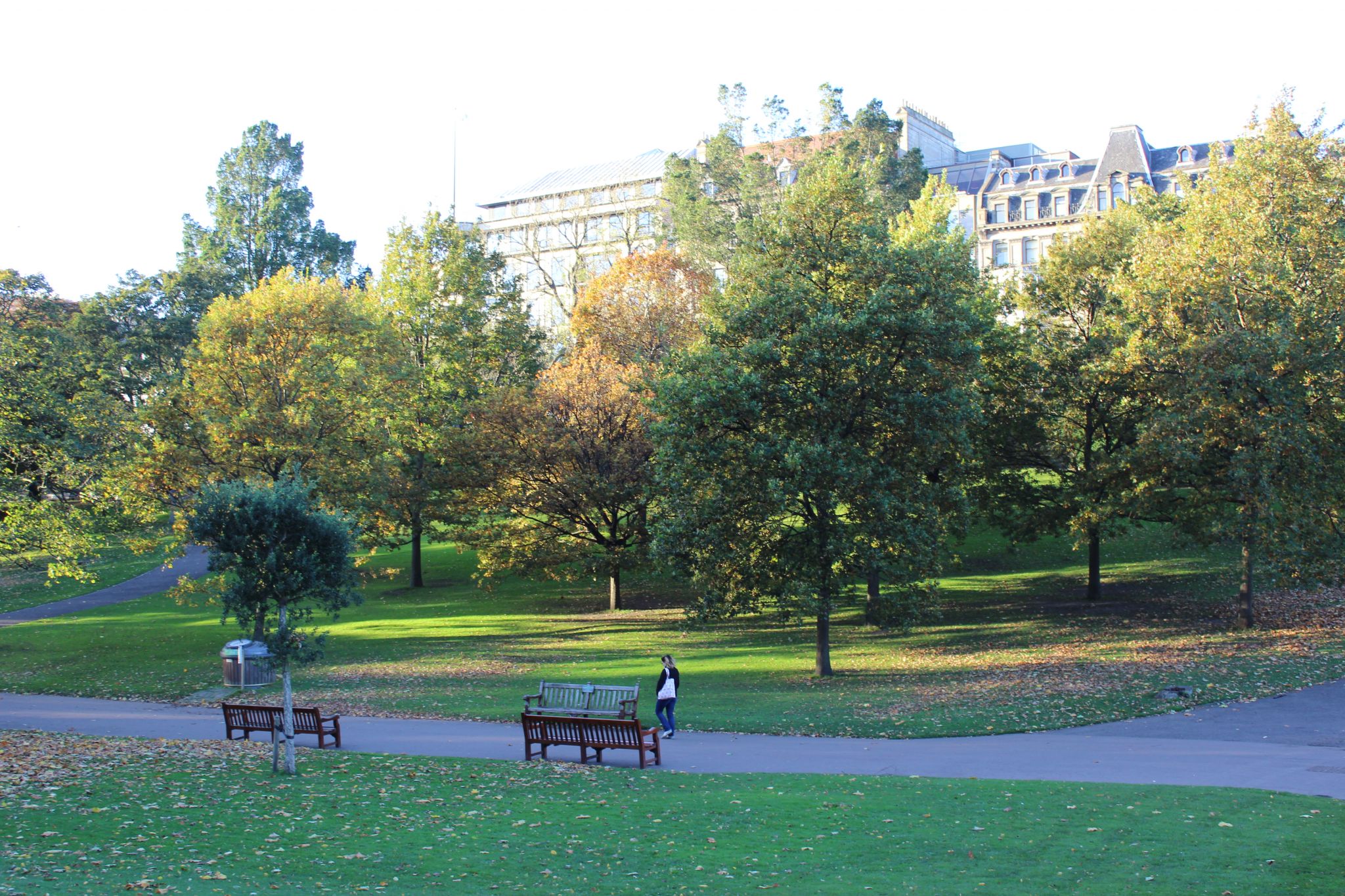 We pottered around the new town for a while, did a spot of shopping and explored the Haymarket area a little. Then after a l hot chocolate pit stop it was time to jump back on the airport bus and catch our flight home. 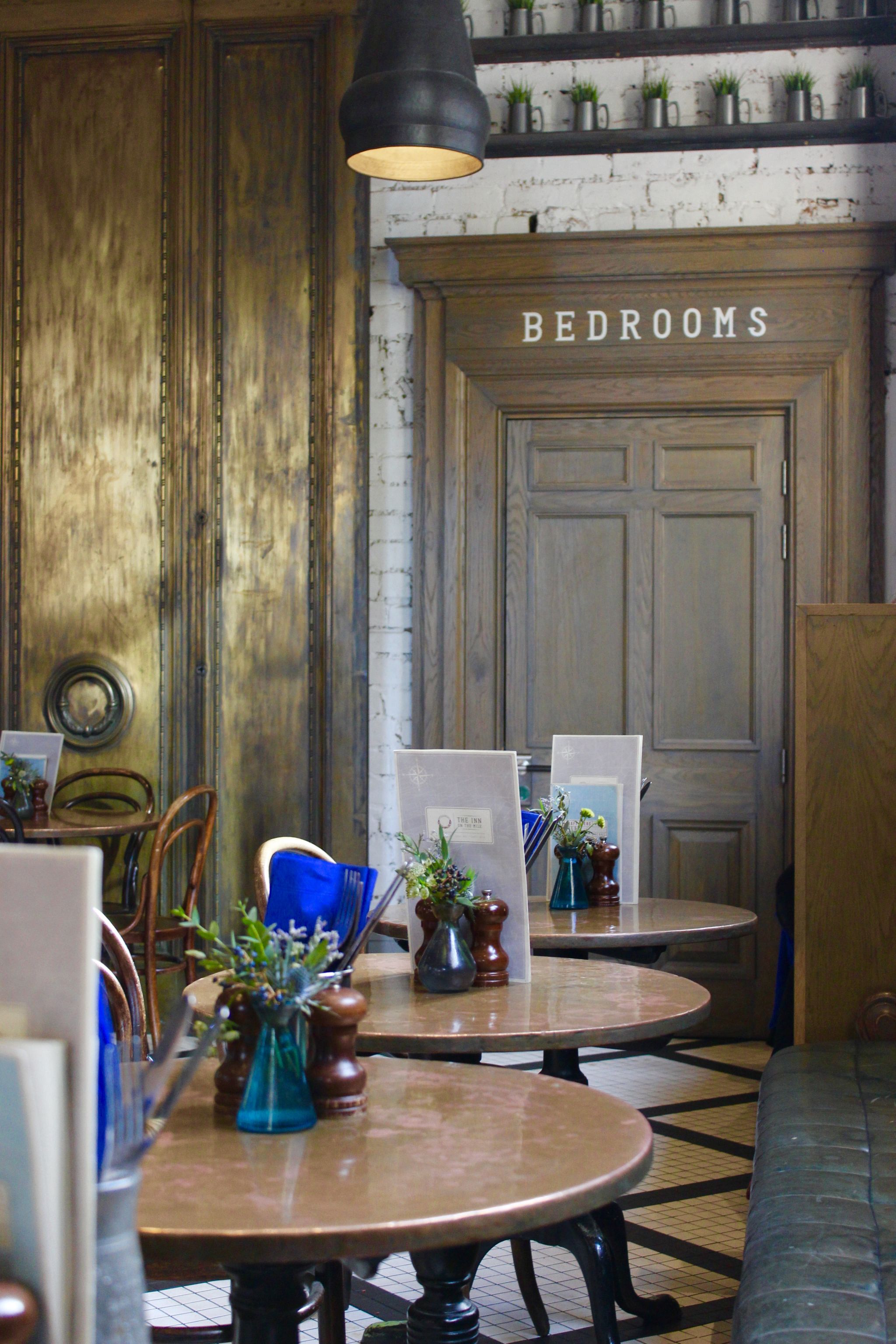 Exploring the zoo was hungry work and lunch was number one on the to-do list when we arrived in the city centre. Normally we would have wandered around a bit more to find a place to eat, but we had the kiddies in tow and we were all so hungry so took a punt on The Inn on the Mile and it was a great little find. The decor inside was lovely and really not what I was expecting. It’s rated really highly as a hotel and the rooms look lovely. I’d really like to visit Edinburgh again for longer next time and I’d love to stay here, the rooms look amazing. The rooms have lots of little extras and the location on the Royal Mile is super central. You can explore the Castle and much more on foot from there. Food wise, we opted for the classics; burgers and fish and chips for lunch and it was all delicious. The fish and chips was lovely and just what I needed after a long morning. 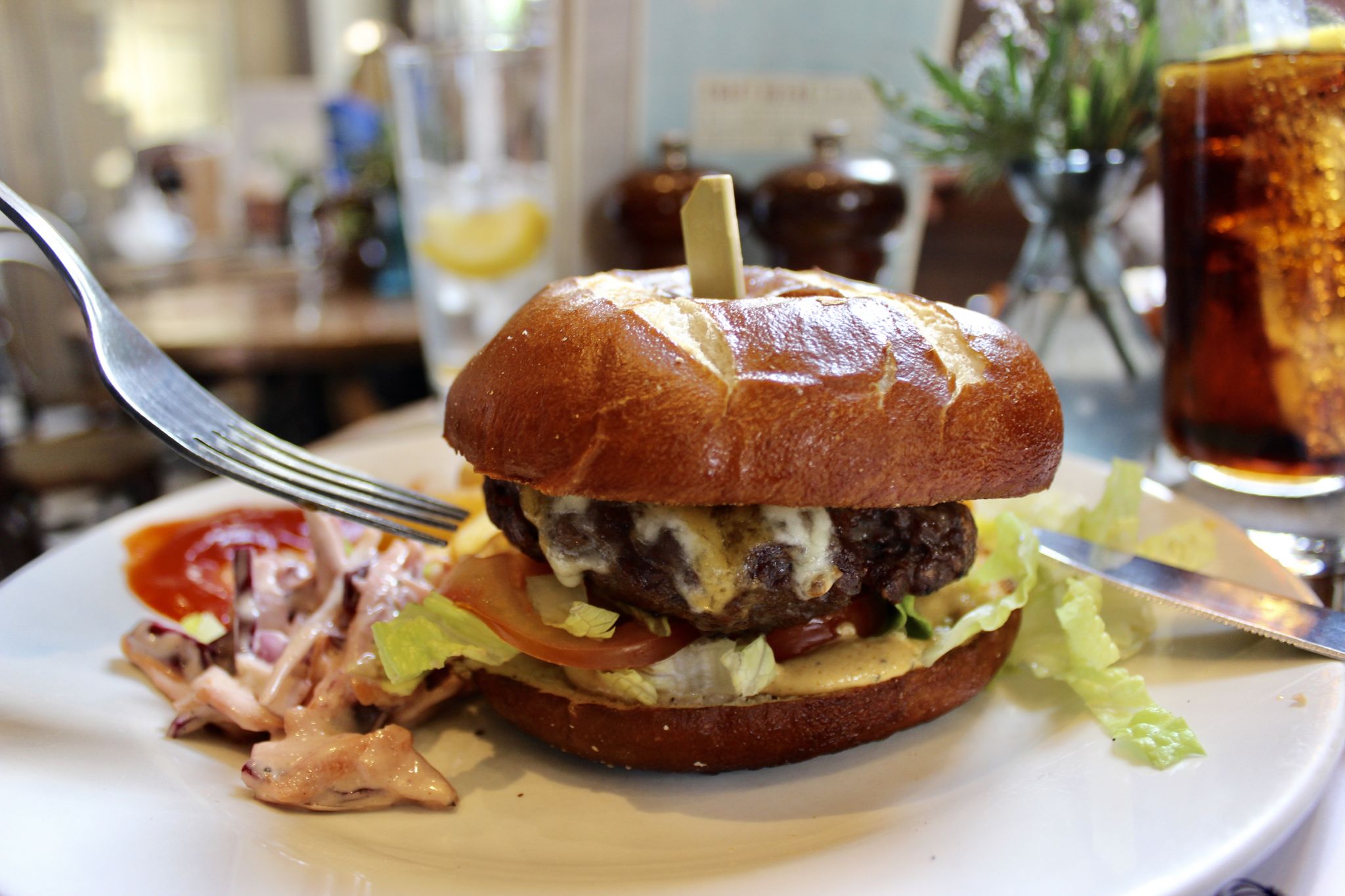 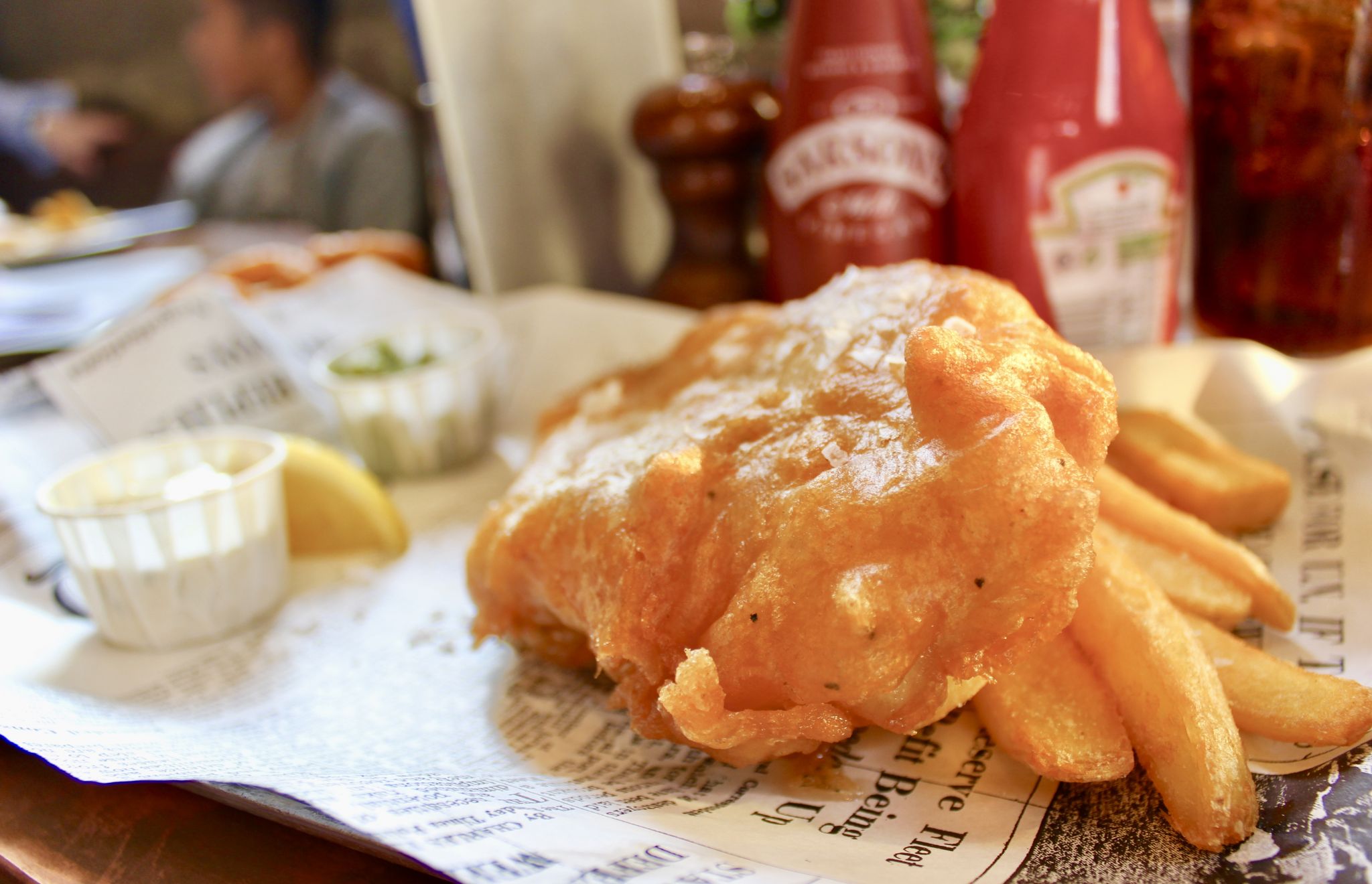 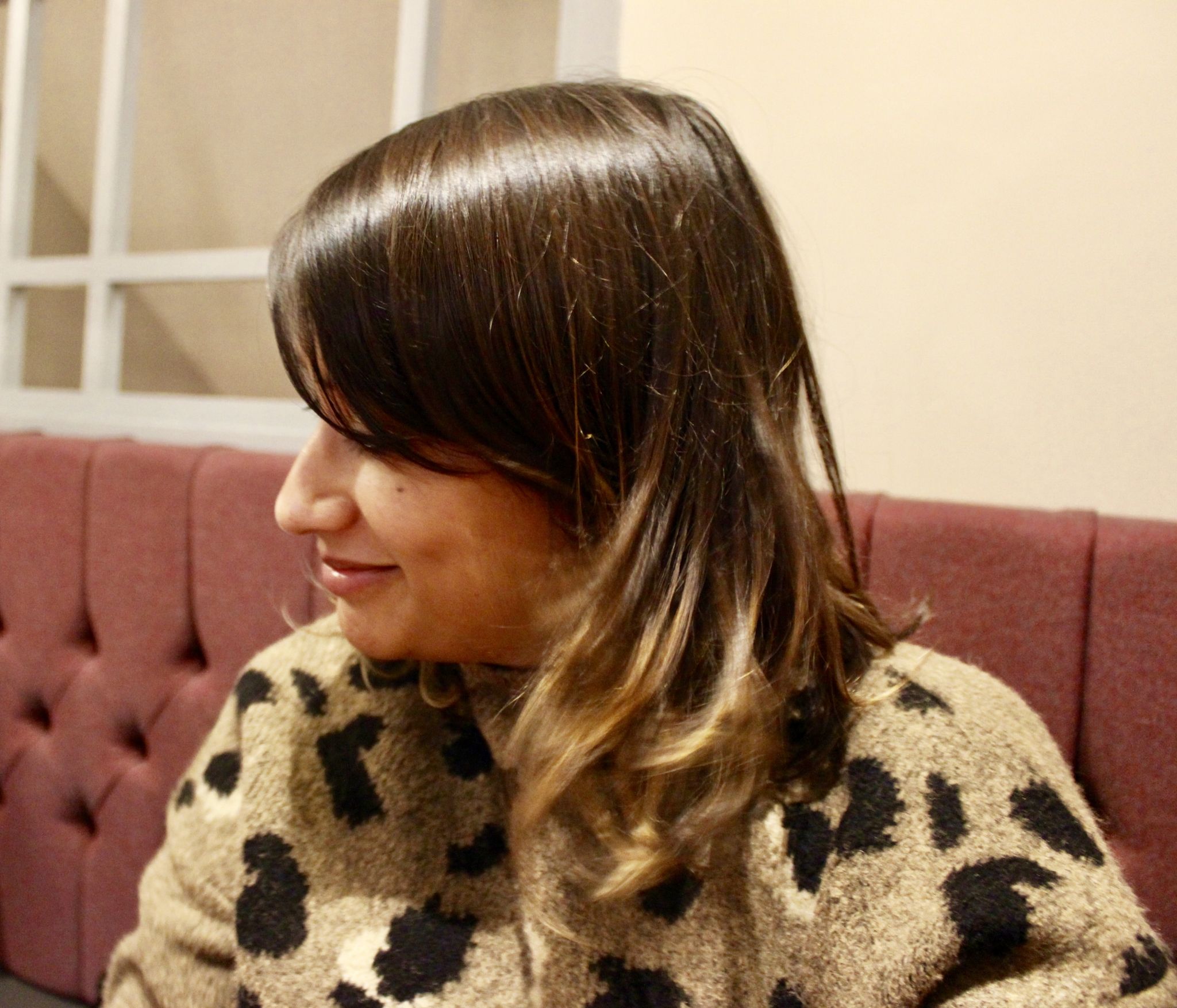 Our day in Edinburgh was lovely. The weather was gorgeous and we really enjoyed exploring the city; so many beautiful streets and buildings. It was the perfect escape from London and such an amazing family day, we made so many happy memories in just a day. We’d love to visit again and see some of the scenic parts we didn’t have time for. Maybe hike up to the top of Arthur’s Seat or explore the Water of Leith Walkway for some of the city’s prettiest walks.

What are your favourite parts of Edinburgh?