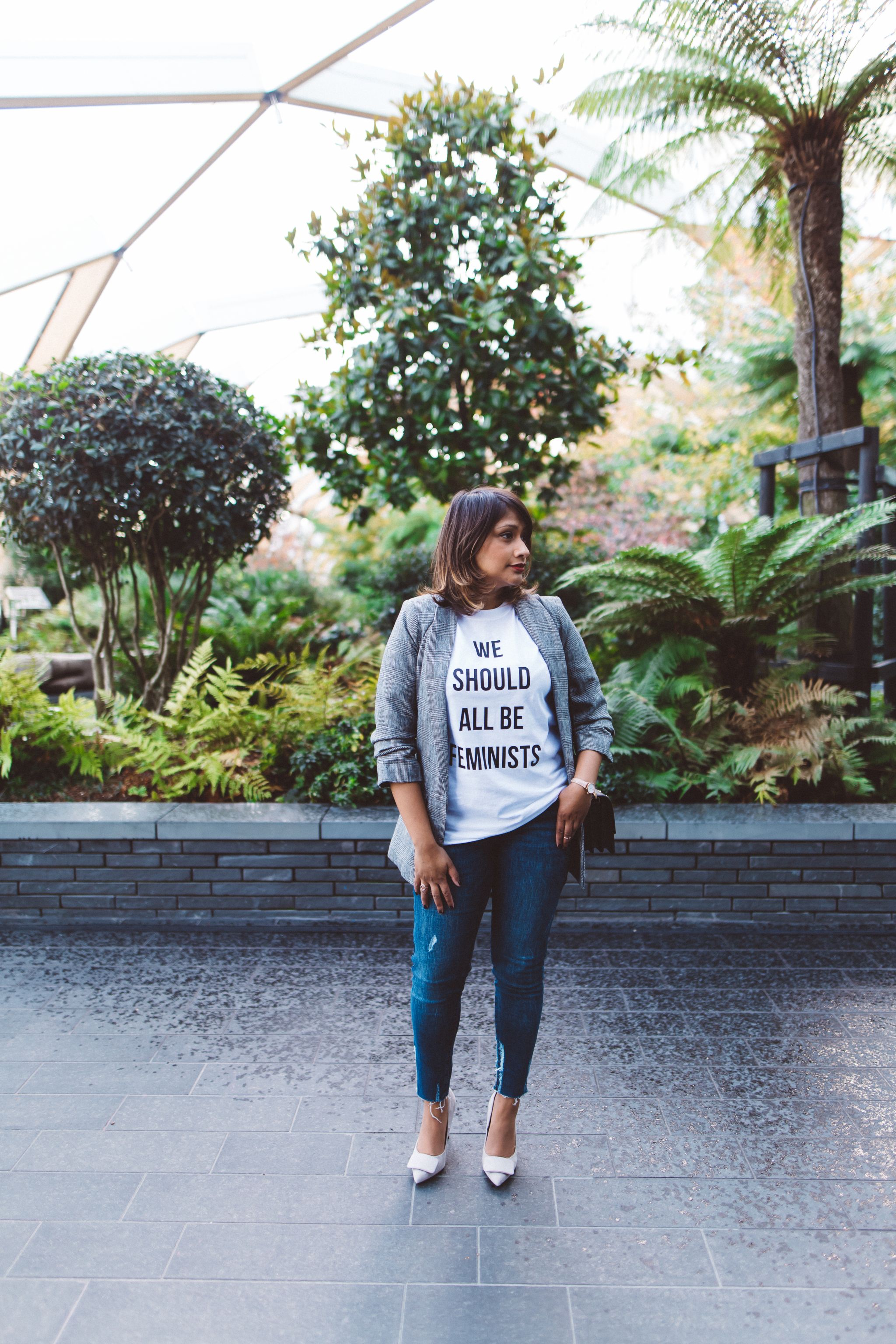 Happy International Women’s Day!! It was this day many moons ago which gave me the courage to take the plunge and start my blog. I remember it clearly, I’d attended a WOW (Women of the World) event with Annie Lennox, Emelie Sandé and others at London’s Southbank Centre and had felt so moved, inspired and shocked that I wanted to tell everyone about it! About why International Women’s Day and what it represents is so important, why it is still relevant and how we have a way to go yet in terms of gender equality. It ended up being my very first blog post.

If you’re not already familiar with it, International Women’s Day is annually held on March 8 to celebrate women’s achievements throughout history and across nations as well as commemorate the movement for women’s rights and gender equality. It is also known as the United Nations (UN) Day for Women’s Rights and International Peace. 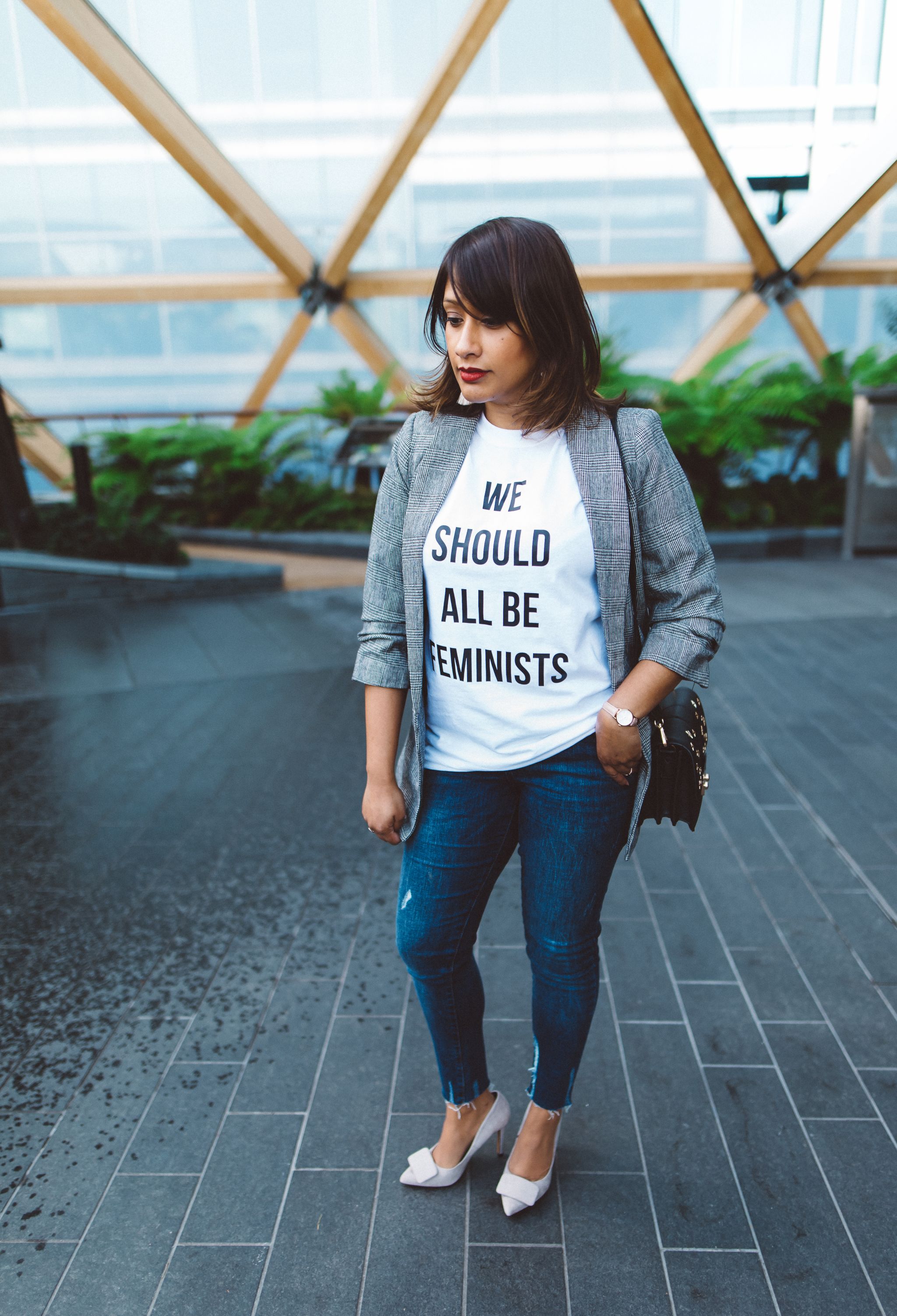 I know that demands for equality in the workplace, an end to violence against women and more diverse representation in politics and positions of power is nothing out of the ordinary on International Women’s Day, this day has always been a reminder that change is needed, but here we are in 2018 and reflecting back on that first blog post and the hope I felt when I wrote it, I feel somewhat disheartened by how in so many ways, there has been little in the way of change where these issues are concerned. Take for example the sexual harassment scandal which ripped Hollywood apart last October or the recent news stories of women going on hunger strike at Yarls Wood detention centre in protest at what they have described as the “inhumane conditions” there and just this week the uproar caused by the government’s reaction to the protests. It is easy to get disheartened, but perhaps these recent events have set something concrete in motion and there will be no option but to embrace a positive change. The repercussions of these events have led to the #TimesUp and #MeToo movements and we’re starting to see change. At the start of the year 300 Hollywood employees, including many high-profile stars, launched the Time’s Up legal fund to support women fighting sexual misconduct. An article in today’s Guardian states that in less than a month, all UK companies with more than 250 employees will have to report their gender pay gaps and across the globe women are confronting repressive laws and speaking up at home and at work. 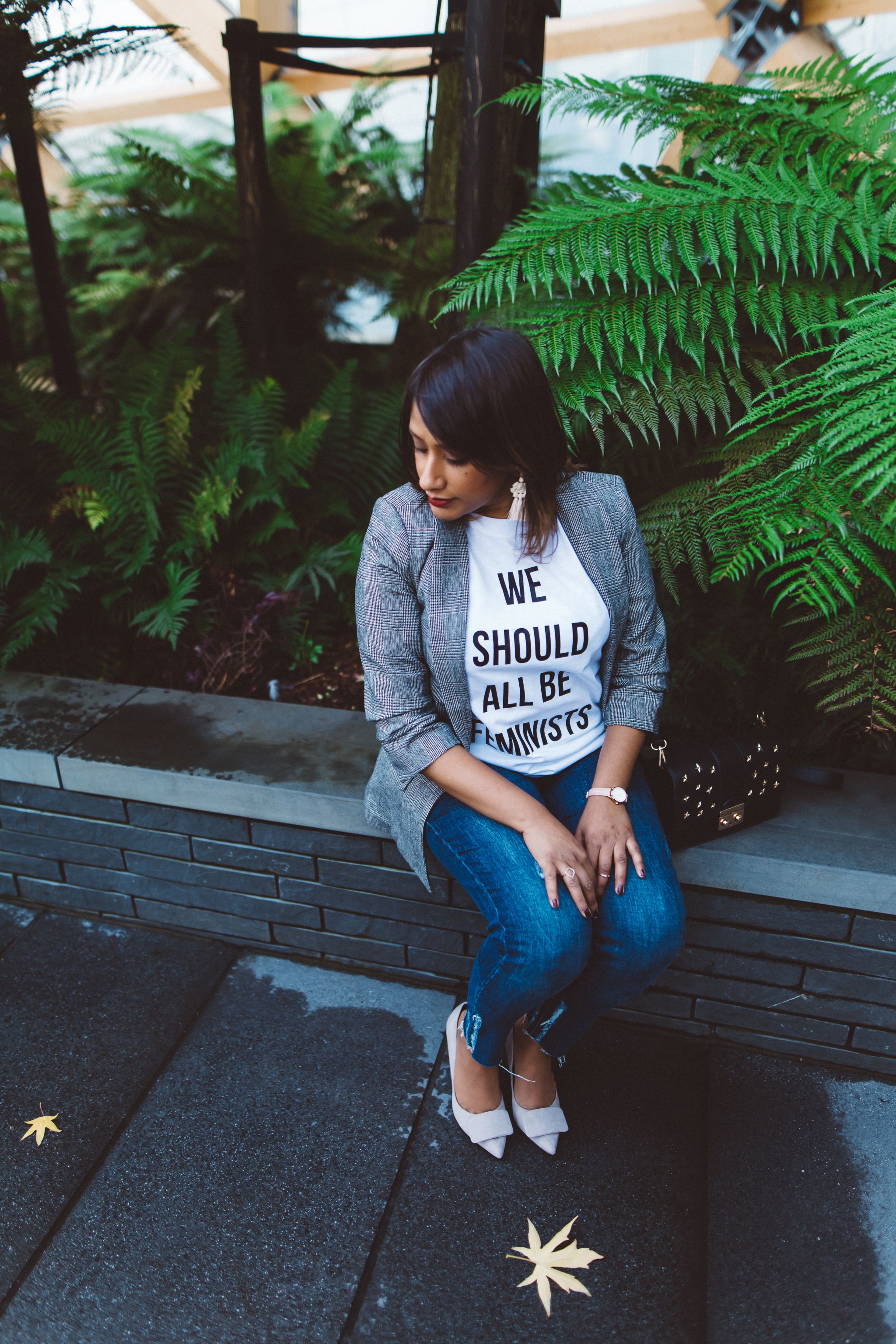 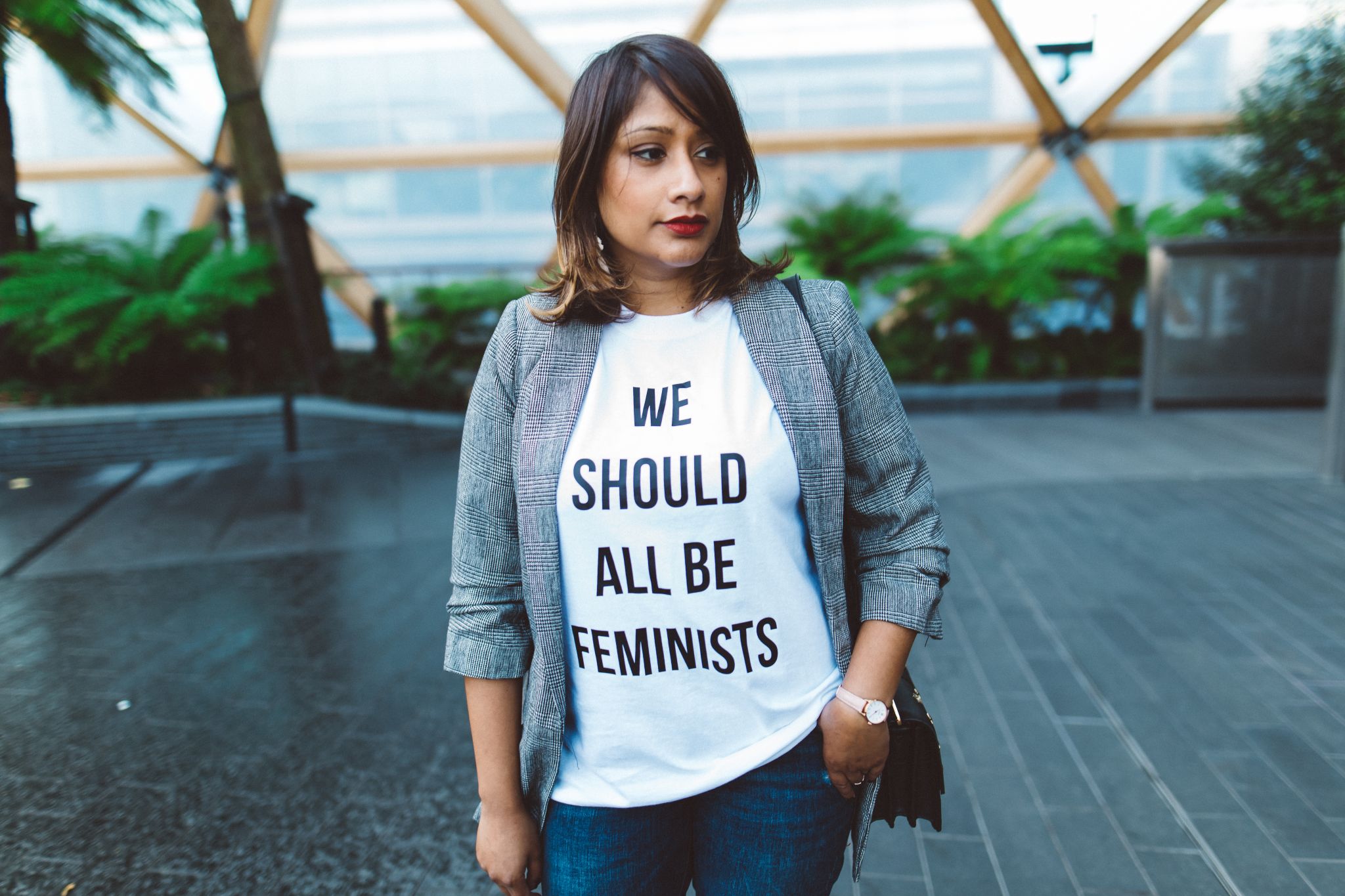 Author Chimamanda Ngozi Adichie‘s We Should All Be Feminists TED talk had a huge effect on me and on so many levels I could relate to everything she was saying. This t-shirt was inspired by that talk and gifted to me by a friend who knows just how much that TED talk resonated with me. Growing up in a traditional Asian culture, I would often hear from various relations that boys are better than girls, but even from an early age it just never made sense to me, I always wanted to know why boys were better, what could they do that girls couldn’t do? My male cousins would come round with their latest tools and tell me girls weren’t allowed to play with screwdrivers and hammers and I’d always say but why not? I’d hear that sewing and cooking aren’t skills boys need to bother themselves with and I’d ask why, surely you need to be able to cook and feed yourself or sew on a button if you’re a boy or a girl? Mum tells me that as a child some people in the community would think me very out-spoken because I would have no reservations in declaring that the women I see around me are always working hard, running a business,  running a home, having and raising babies so I didn’t understand why people thought women weren’t as strong as men, surely there was so much to show we were just as strong. It just never made sense to me that girls aren’t as good or as strong or as worthy as boys and that has never changed for me. 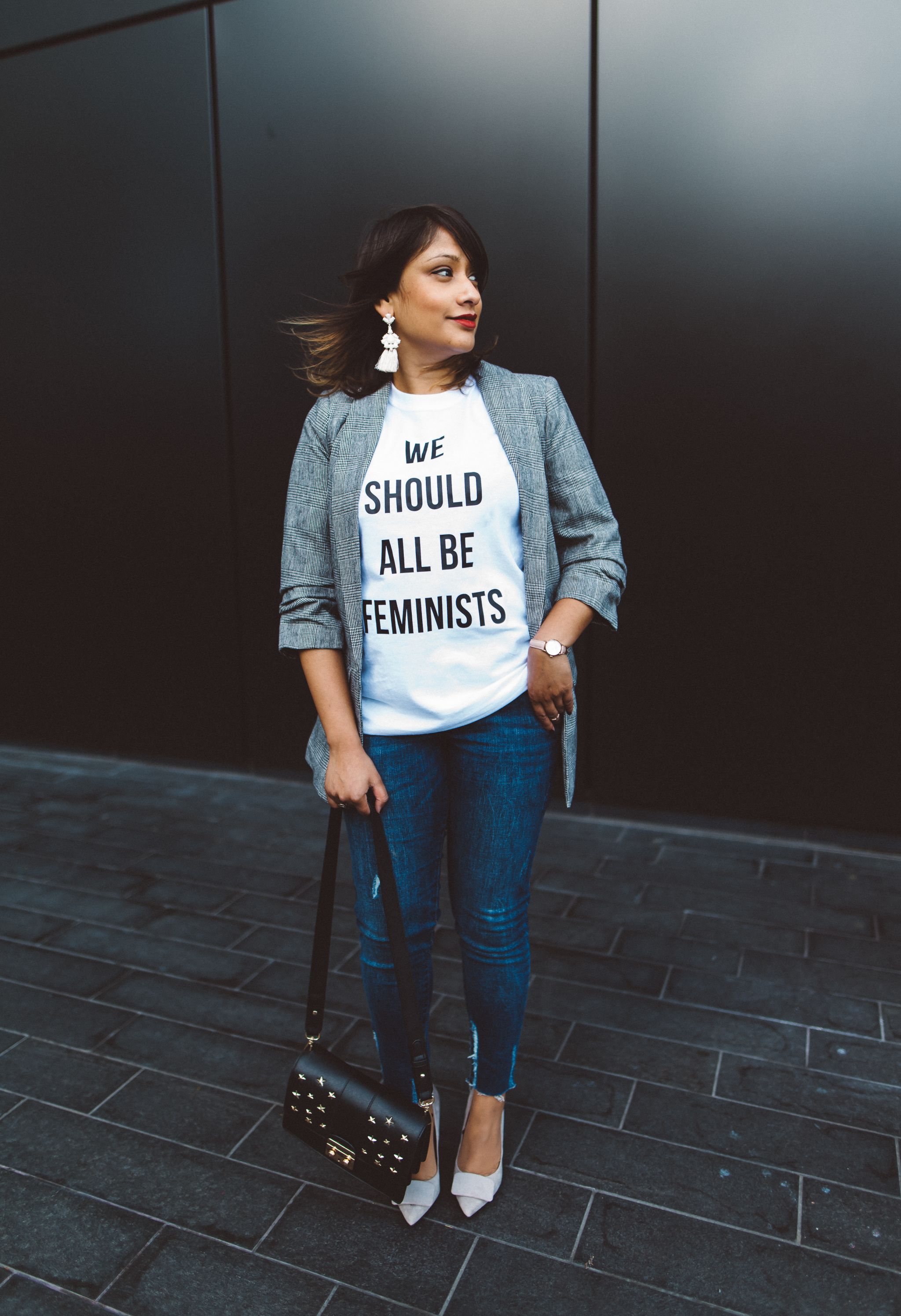 I remember a guy I used to know telling me that his friends thought I was a feminist, but he said it like it was a dirty word, he didn’t mean it in a positive way at all. I responded with yes I am a feminist and it’s something I’m proud of, but he just looked confused. I asked him if someone had ever been unwilling to hear his opinion on something or not taken him seriously not because they disagreed but solely because of his gender. He was shocked and said no, of course not, that would be awful and was even more shocked when I told him that has happened to me and other women in a developed city like London countless times. I remember going into a mobile phone store to get a contract which best suited my needs and a male friend had joined me as he was early in meeting me for dinner. As soon as we stepped into the store, the sales assistant greeted him and ignored me. I had to make clear why we were in the store, but yet he continued to address just my friend. They chatted away and the sales assistant only addressed me at the very end to say that I shouldn’t worry, my friend is a smart guy and he’ll be able to sort out a new phone contract for me before shaking his hand and going back to ignoring me. When we left the store my friend turned to me and said how nice and helpful the sales guy had been and he couldn’t understand why I was fuming. I’ve had many a debate and conversation with men and women about how feminism is outdated, there just isn’t a need for it anymore, but if you look, there are many examples like mine and far far worse that show feminism is as relevant now as it has ever been. 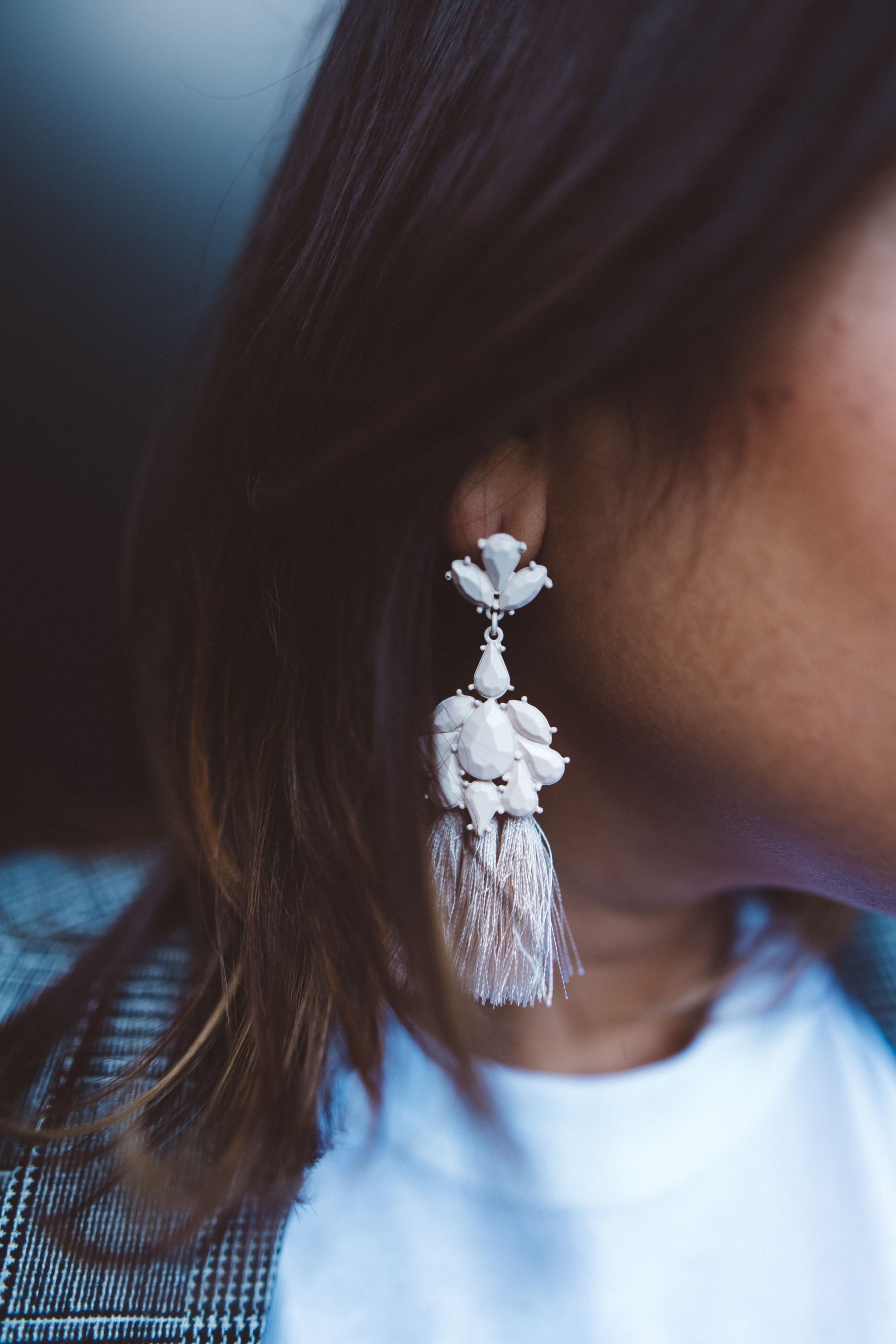 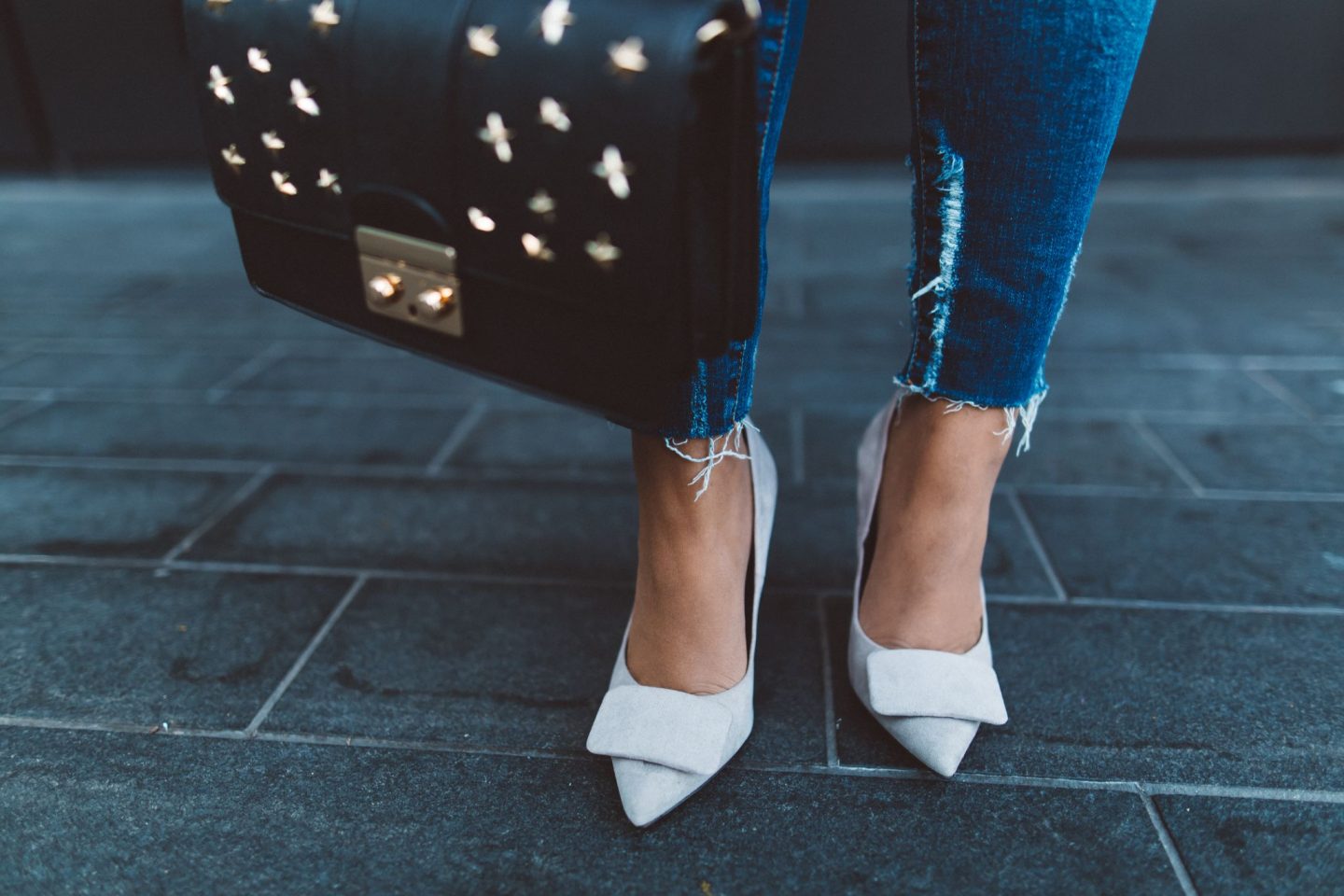 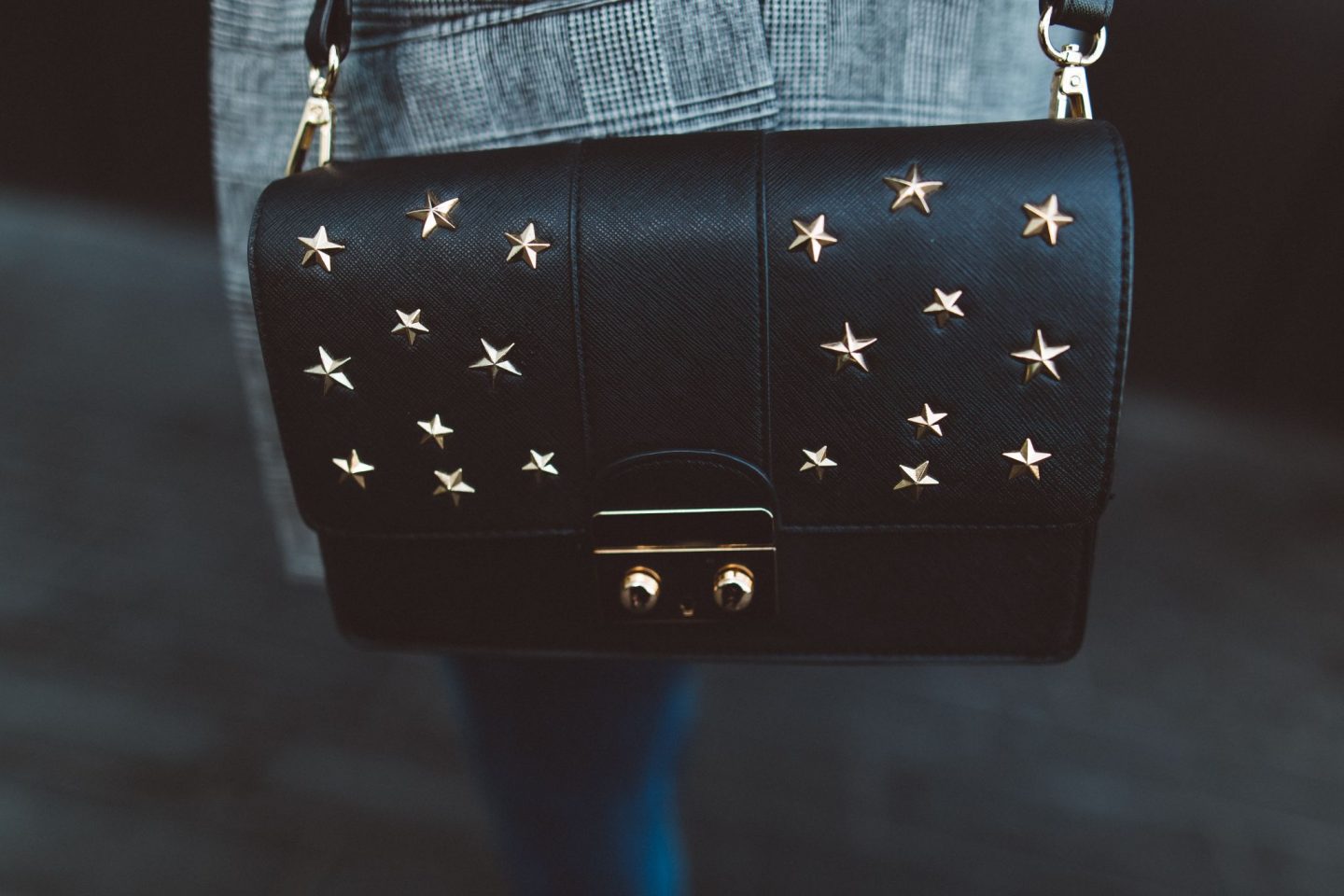 I know some of you may be reading this and thinking, ‘What’s happened here? Jasmin hasn’t posted in a while and here is what looks like a fashion post, but she’s talking about feminism and politics!’ Fair play, but gender equality and feminism whilst some may think isn’t their cup of tea, is something which should matter to all of us (hence the title of this post ) and which you can see is an issue which is both very close to my heart and very important to me. I have always wanted this blog to be a platform which is a true reflection of me and a way to share my interests. One of the reasons I wanted to write this was to do my bit in helping to dispel that age-old myth that you can’t be a feminist if you’re feminine and like fashion and make-up. This is something Chimamanda Ngozi Adichie addressed with humour in her TED talk. You can wear lipstick and enjoy clothes and make-up, it doesn’t lessen in any way your belief in equality. To me feminism is just that, the belief that men and women are equals and this should be reflected globally in society, within the workplace and politics. 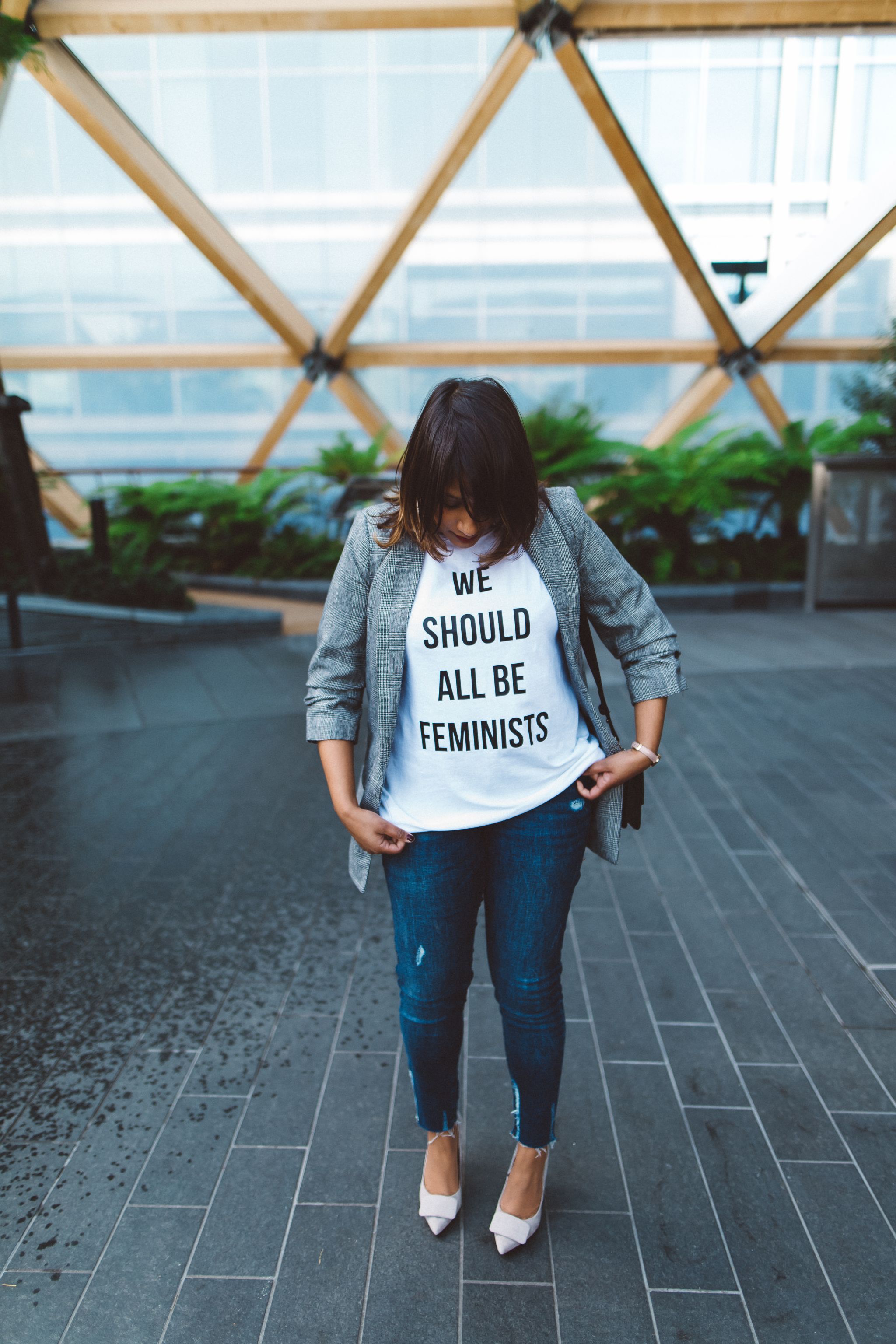