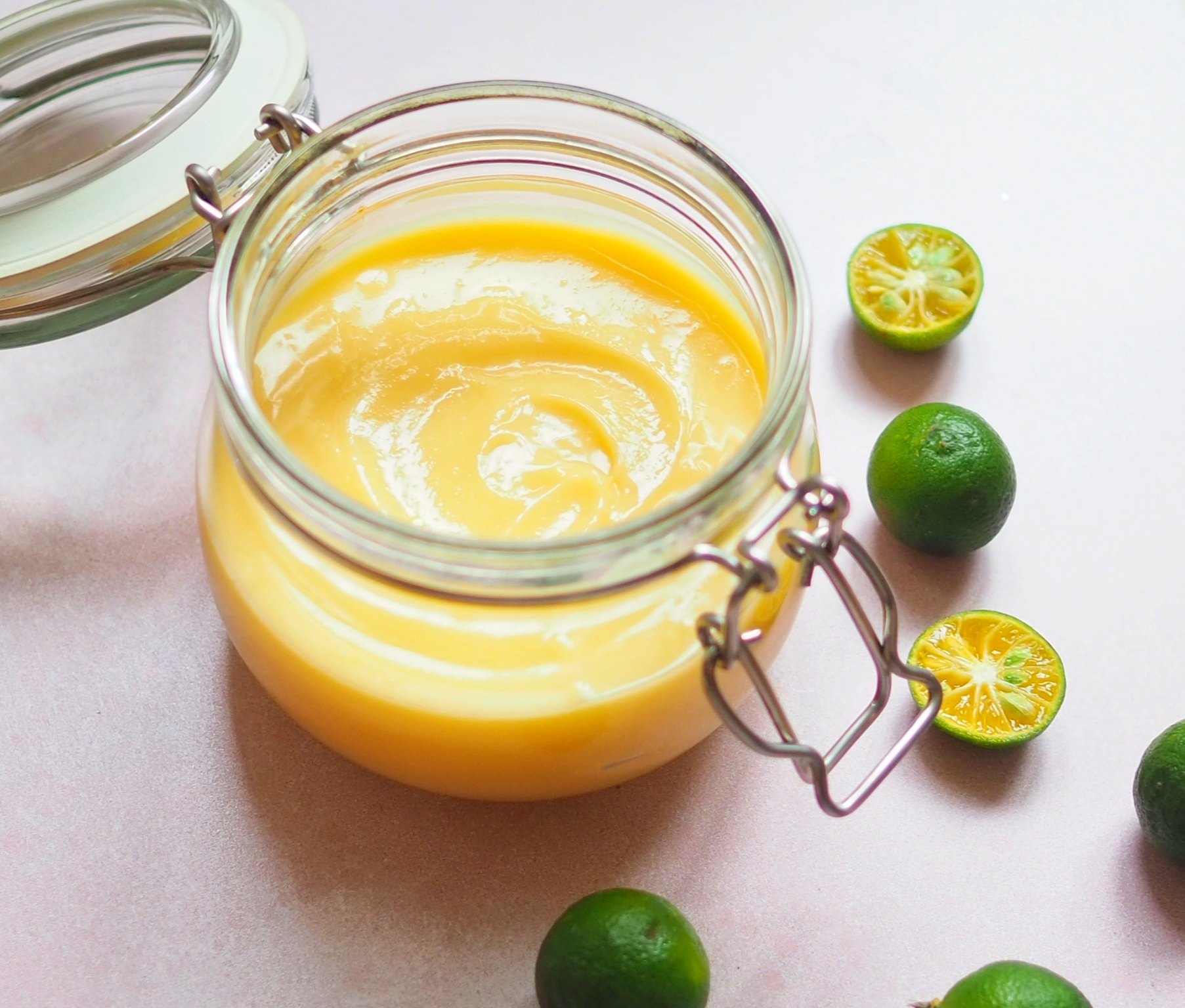 When I arrived in the Philippines recently, the calamansi lime was my first introduction to all the amazing fruits and vegetables that grow abundantly in the Philippines. After about 24 hours of travelling, we arrived in the evening in Manilla, piled into a minibus and set off on the 3 hour road trip to Tarlac, our first destination. En-route we made a pit-stop and I tried out the pancit (a traditional Filipino noodle dish) at Chowking. Adrian and I both agreed that his Mum’s pancit won hands down, but what was memorable for me was the calamansi lime which came with the meal. You squeeze it over the noodles to enhance all the flavours and bring them together. These limes may be small, but they are full of flavour which I would best describe as a cross between a lime and orange. To a little surprise from Adrian and his family, I instantly fell in love with calamansi and tried to have as much as I could during my 2 week trip and of course I had to bring some home with me. I wanted to make something with the limes so I could enjoy their flavour for as long as possible after my holiday. After a little bit of Pinterest research,  I decided on Calamansi Curd as Lemon Curd is one of my favourite things and I’d also be able to use the curd in other dishes such as calamansi ice-cream, cheesecake or as a donut filling, so many choices it’s making me hungry just thinking about it! 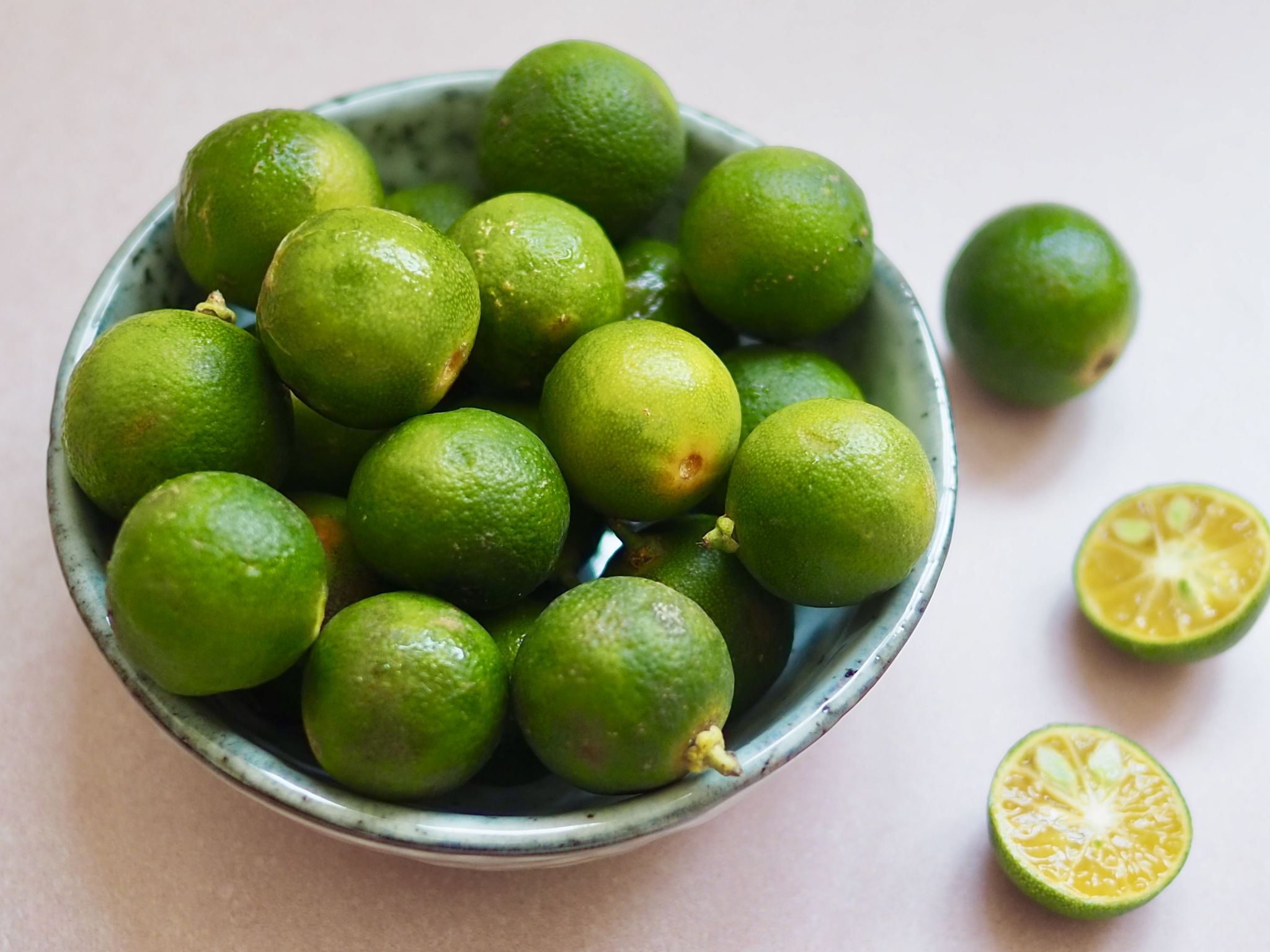 It’s been a long time since I shared a recipe on the blog and as the Calamansi Curd has brought me a lot of joy and isn’t hard to make, I thought I’d share my recipe on here. If you Google or Pinterest search Calamansi Curd, you’ll see there are quite a few recipes out there. Some use cream, evaporated or condensed milk or butter. I used Jam Lab’s recipe as a starting point, but added a couple of little tweaks to suit my tastes and what I had available. I used golden caster sugar instead of granulated sugar which I found worked well in the recipe when bringing all the ingredients together and it went really well with the flavour of the calamansi. You might notice that my calamansi curd is a lighter yellow in colour than some recipes. Alot of that is dependent on the eggs used of course, but I also used the calamansi while they were still green as I wanted to capture that particular flavour. Some recipes use the juice when the calamansi have ripened to orange, it’s all down to personal preference. 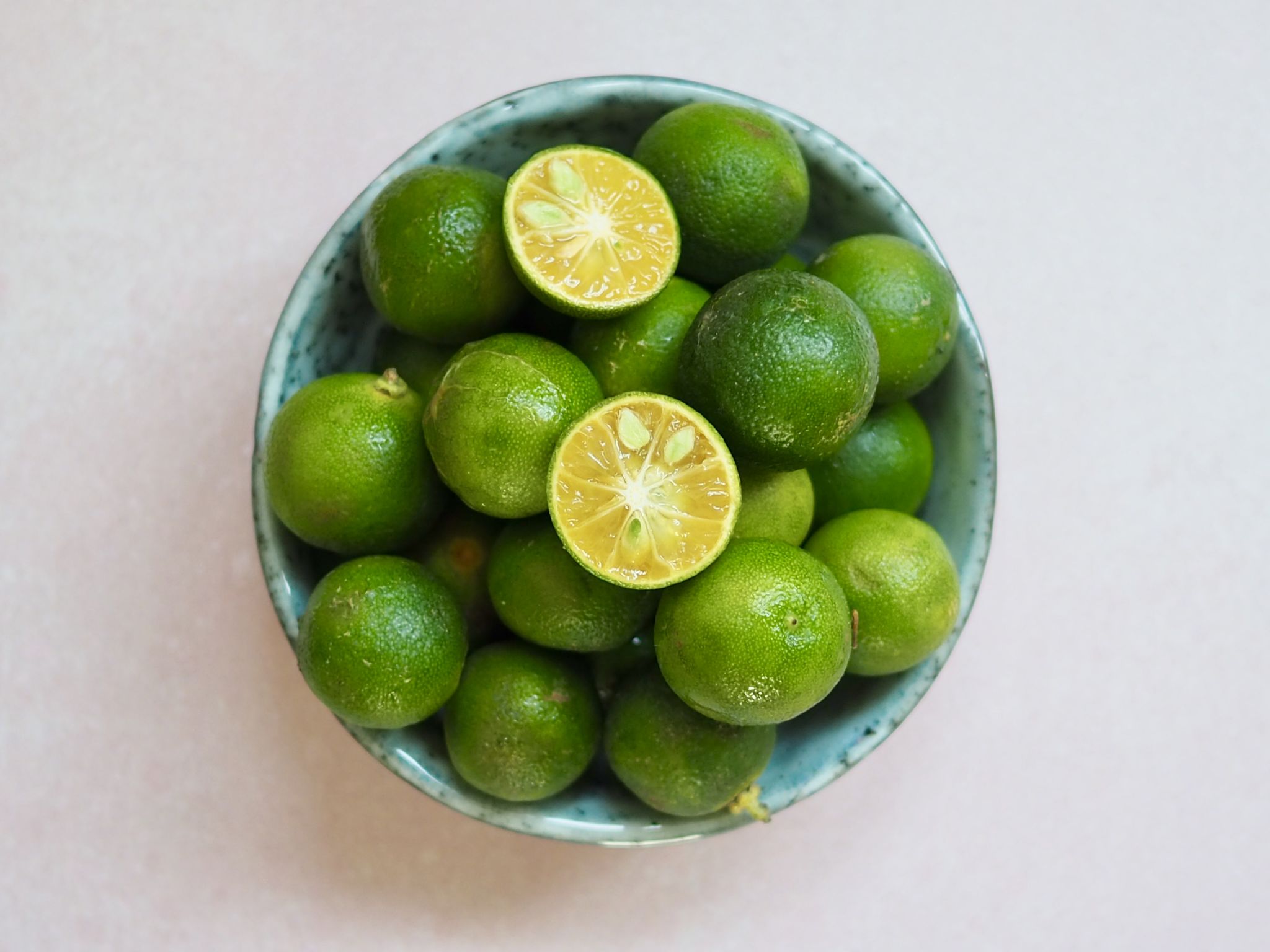 As calamansi are in season at the moment, you should be able to find some in an Asian supermarket. If you don’t have a store nearby or can’t get hold of fresh calamansi, Waitrose have come up with the ingenious idea of bottling calamansi juice especially as it’s fast emerging as a go to ingredient in Asian cooking.

You’ll find the recipe for the calamansi curd below. I’d love to hear how you get on.